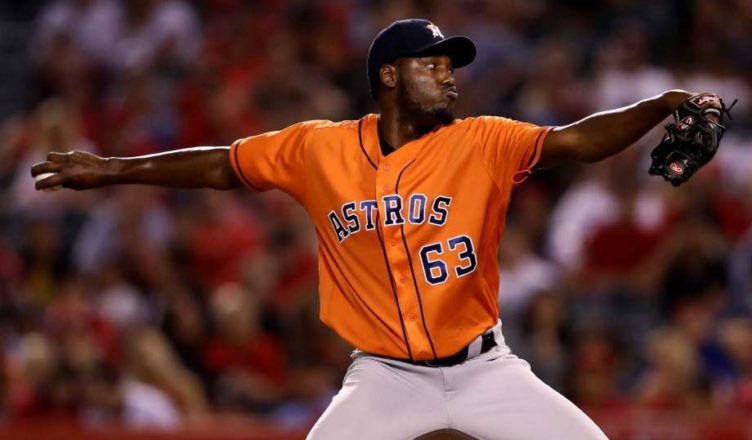 Under The Radar Astros Players for 2018

The Astros, fresh off a World Series Championship, don’t have many guys who are unknowns. But with this article, I wanted to point out a couple guys who could be contributors in 2018 that might be getting overlooked a little bit.

Coming off of an underperformance in the postseason, there is not much hype for the veteran outfielder. His exceptional defense in the postseason was rarely noted, but Reddick made several great plays in the ALCS that saved the season, especially his relay to nab Gardner at third. His quiet bat in the postseason has brought concern for fans, but Reddick had a career year in 2017 with a 4.4 WAR, 127 wRC+ (career high), a phenomenal walk to strikeout ratio. He ranked fifth on the team in on base percentage, and was a solid contributor for the majority of the season. Reddick could put up less impressive numbers this year and still have a solid season as an everyday outfielder. His veteran leadership and experience are two factors that Reddick will once again bring to the team in 2018.

Coming in to 2018, the Astros look to move Derek Fisher into an everyday role in the outfield. This has always been the plan for the highly touted prospect, but Marsinick put together his best season last year, and is arguably the best defensive outfielder the Astros have. Jake appears to be a guy on the cusp of a breakout, but he will have to get consistent playing time to do so. Marisnick has great power and speed, but decrease in his swing and miss rate could produce a monster season for Jake. When he got hot last season, he had great stretches, but his low contact rates kept him out of the everyday lineup. He has a good chance to be an opening day starter in the outfield.

Paulino came up last season when the Astros starting rotation took a hard hit to injuries mid-year. He had his ups and downs but was just 23 years old. He made 6 starts and had 34 Ks in 29 innings pitched with a 4.11 xFIP. Then he was suspended 80 games for testing positive to performance enhancers. Paulino will most likely come out of the bullpen and could be very effective as a high velocity long reliever. Paulino might be a surprise player in the bullpen this year but I also wouldn’t count him out of the starting rotation.