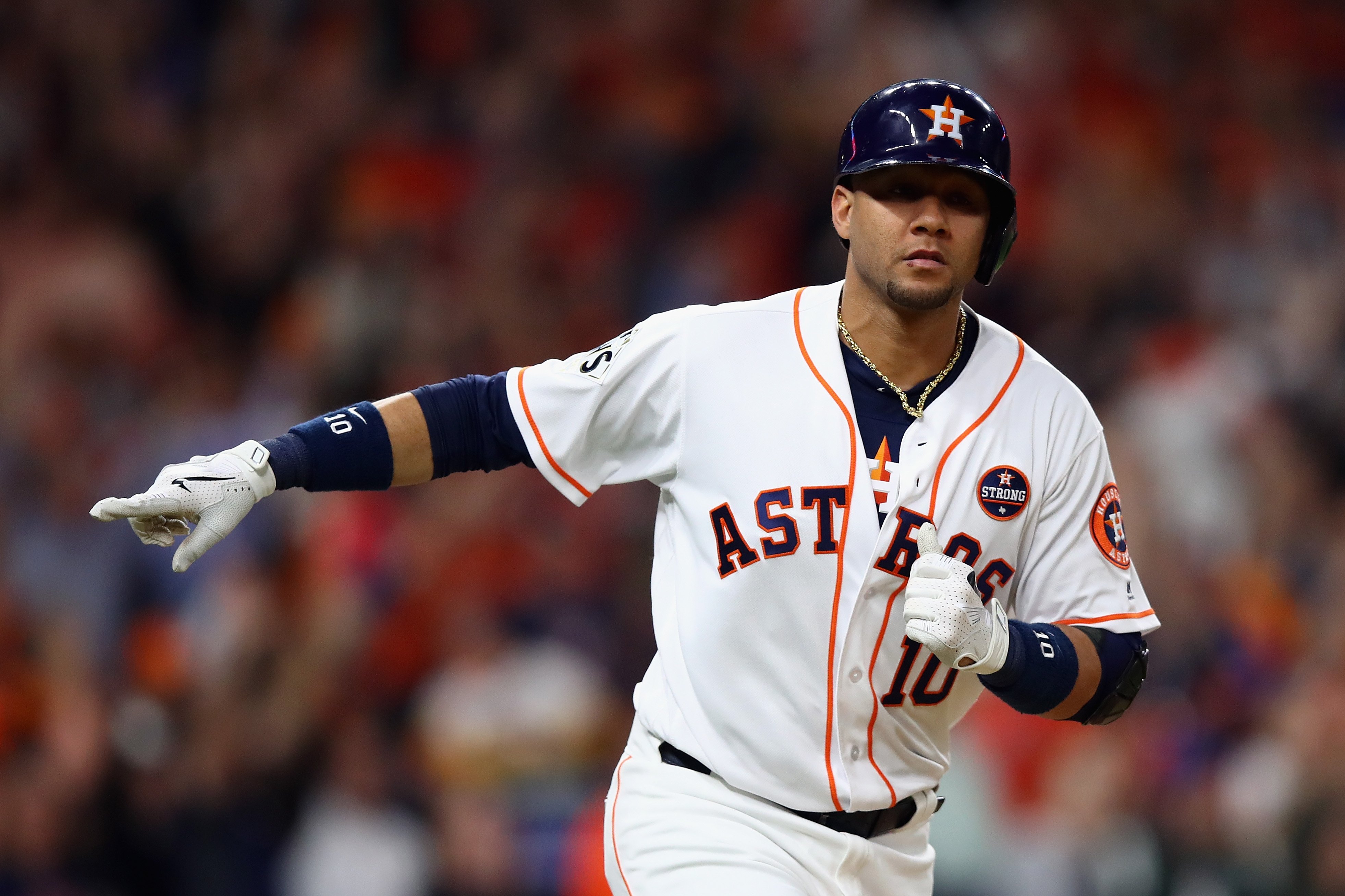 Astros First Base Options With Gurriel Out

Just a week into Spring Training games, the Astros released some unfortunate news about Yuli Gurriel.  This past Wednesday, Gurriel had successful surgery on his left hand to remove the hamate bone. While it is never good to hear about a player having surgery, this type of procedure shouldn’t keep him out all season (6-8 weeks more likely) and the Astros have plenty of depth at first base to allow Gurriel to get back to full strength.

While Gurriel works his way back, here are some options for the Astros at first base for the next few months.

Marwin has been with the Astros since 2012 and has played every position except for pitcher and catcher. Marwin actually played 31 games in 2017 at first base while putting together his best offensive season of his career. He finished the year with 23 HR and a 149 OPS+. While he played left field in the playoffs, he is a more than adequate fill-in at first base while Gurriel is out. This seems like the most likely scenario. If Marwin starts at first, Fisher and Marisnick can handle the outfield.

Reed was the Astros 2nd round pick in 2014 and it didn’t take him long to fly up the prospect rankings. In his fist full minor league season he hit .340 with 34 HR across A+ and AA. Reed made his MLB debut in 2016 and struggled a bit hitting just .168.  He played the majority of 2017 in AAA but finished really strong. It would take a strong spring for Reed at this point but if he puts together some good at bats for the rest of the month, the Astros could give him the starting nod out of camp.

Davis is primarily a third baseman but has played a little bit of first base and should be able to be a solid replacement, defensively speaking. Davis has had a good minor league career which culminated with an MLB call-up last year and saw him hit 4 HR in 62 at bats. He is already off to a hot start this spring with 2 HR in 4 games. If the Astros want a power right handed bat with some versatility at first base, Davis may be the choice here.

White tore through the minor leagues hitting above average at every stop and earning a spot on the opening day roster in 2016. He started the year on fire but cooled off and was eventually sent back to AAA. He continued to battle in AAA and was recalled last year and hit 3 HR and 6 2B in 61 at bats. White is in the same boat as Reed and Davis, where a good spring could earn him a spot on the OD roster.

Who do you think will be the starting first baseman on opening day for the Astros?