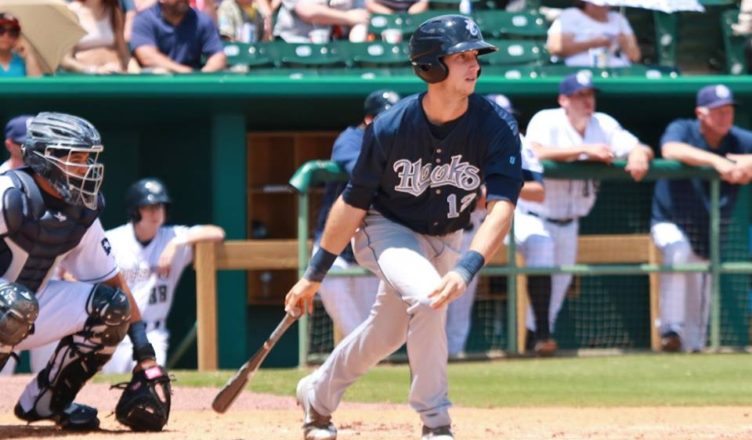 Heading into August and September during the 2017 season, the Astros were looking for any late addition that would help bolster the roster going into the playoffs. GM Jeff Luhnow and the front office had a gold mine of a farm system to deal in a potential trade. The Astros finally received their man with Verlander without having to give up any of their top prospects, including Kyle Tucker.

During the offseason, the Astros were looking to acquire an elite starting pitcher in order to create a dominant rotation. Once again, the front received several offers for top prospect Kyle Tucker. Luhnow replied to these offers with the declaration that Tucker is ‘untouchable’. Prior to the Gerrit Cole trade, many fans would have been happy to deal Tucker for an elite pitcher. Luckily, Luhnow was able to complete a deal without having to give up Tucker or another top tier prospect.

One of the great things about Spring Training is being able to watch prospects go up against major league talent.  It is a chance for young players to increase their stock in the organization, and Kyle Tucker has done just that. At only 21 years old, with just 34 ABs in Spring, fans are seeing why the front office refused to deal him in the past year. Tucker has 4 HR and 15 RBI, both of which lead the club in spring, to go along with a 1.285 OPS.

It seems that Tucker has started to really develop the power that scouts thought would come as he matured. His homers this spring haven’t been cheap either hitting some moon shots. Tucker has also drawn comparisons to and getting the nickname of ‘Ted’ in reference to Ted Williams, ‘the greatest hitter of all time’, mainly due to his swing path.

This is only a small sample size through the first couple weeks of spring, and unless the Astros face multiple injuries, Tucker will not make the Opening Day roster. But his performance this spring may give him the opportunity to make his big league debut this season. If not by the summer, Astros fans should expect to see Tucker in uniform during September call ups. He will be a big part of the club going forward, and will be an exciting player to watch for years to come.