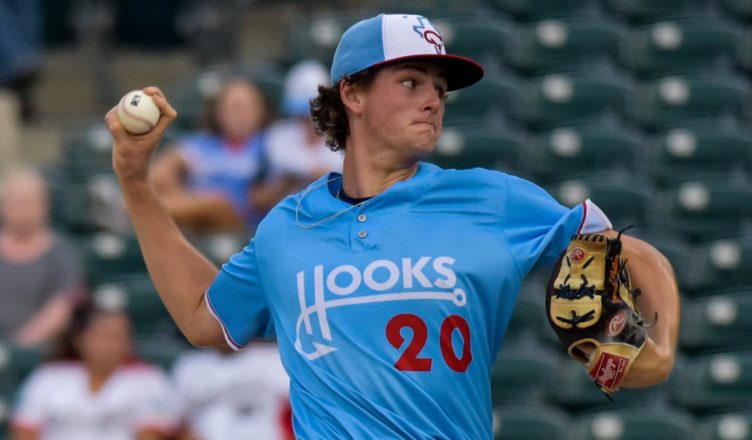 We continue our look at the top three prospects at each position moving to the starting pitchers this week. Since there are so many to talk about, I will do the top five.

Bukauskas was the Astros first round pick in 2017 out of the University of North Carolina. JB had a very good college career posting a 3.18 ERA over 3 seasons. In his junior season he went 9-1 with a 2.53 ERA and 116 K in 92.2 innings. Bukauskas only pitched 10 innings in the Astros system following the draft. Bukauskas features a plus fastball and an elite slider. Bukauskas has the makings of a good pitcher but some scouts have concerns due to his size (6’0″) and lack of a third pitch. At worst, he is a back of the bullpen type power pitcher. He is still working on his changeup and if that develops, he should move through the system fairly quick.

Paulino was the PTBNL in the trade that sent Veras to Detroit. He missed all of 2014 due to TJ Surgery but has made a resurgence since. He pitched well in 2016 and was eventually called up to the Astros where he pitched just 7 innings. Paulino mixes a mid 90s fastball with a big curveball. Paulino made 3 starts for Fresno before rejoining Houston in 2017. He showed flashes of potential but unfortunately was suspended for 80 games due to a positive test for PEDs. He is still young and has a very high ceiling. He will be 24 in 2018 and could be a guy who sees a lot of time in Houston.

Perez originally agreed to a deal with the Astros worth $5.15 million but the deal was voided due to a physical. Perez was later signed for $2 million. He made his debut this season starting with Quad Cities posting a 4.39 ERA with 17 BB/55 K in 55.1 innings. He was promoted to Buies Creek and posted a 2.84 ERA with 5 BB/18 K in 25.1 innings. He is already 21 years old and recently added to the Astros 40-man roster. While he is smaller in stature, he has a solid mix of pitches with a low to mid 90s fastball and an improving slider and changeup.

Corbin Martin (A-) –  Martin was drafted out of Texas A&M. Martin was a very interesting pick as many scouts were torn on him and where he would go in the draft. He has a mid to high 90s fastball and an overpowering curveball. He struggled with command at times leading some to think he will be a reliever. He pitched well as a starter for the Astros though this year posting a 2.20 ERA with 9 BB/43 K in 32.2 innings.

Jorge Alcala (A+) –  Alcala has been in the Astros system since 2015 and has steadily made his way up the ladder. He started the 2017 season with Quad Cities pitching in six games and posting a 2.03 ERA with 35 K in 31 innings. He was promoted to Buies Creek and had a 3.45 ERA with 60 K in 78.1 innings. While his walk and strikeouts rates weren’t great, he was nearly unhittable all season allowing just 71 hits in 109.1 innings, good for a .184 batting average against. Alcala has a 98-100 MPH fastball, touching 102. He will have to harness his stuff but he has a ton of upside.

Jairo Solis (Rookie) –  Solis is another young up and coming arm in the Astros system. He was signed for $450,000 out of Venezuela in 2016. In his first season he made it from DSL to GCL to the Appalachian League all as a 17 year old and finished with 69 K in 61.1 innings. Solis is a very athletic pitcher with a low to mid 90s fastball and an improving slider. He should make his full season debut this year at just 18.

Cristian Javier (A) – Javier is a bit of an unknown in the Astros system but he has been dominant over his brief career. His first year in the Astros system, 2015, he had a 2.13 ERA in the DSL. In 2016 between the GCL and Greeneville he had a 2.29 ERA. Javier started the season with Tri-City after a couple of outings with Buies Creek early on. He had 24 K in 16.2 innings with Tri-City earning him a promotion to Quad Cities where he posted a 2.39 ERA and 47 K in 37.2 innings. His stuff is very good but has an advanced pitchability that allows him to dominate at the lower levels. Next year will be a big test for him as him moved to High-A and Double-A.

Check out Most Valuable Signatures for all of your autographed memorabilia needs. Just clink the photo below! 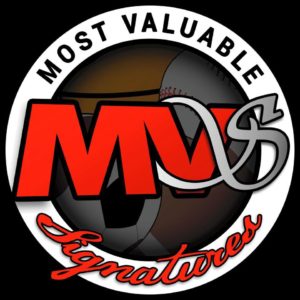