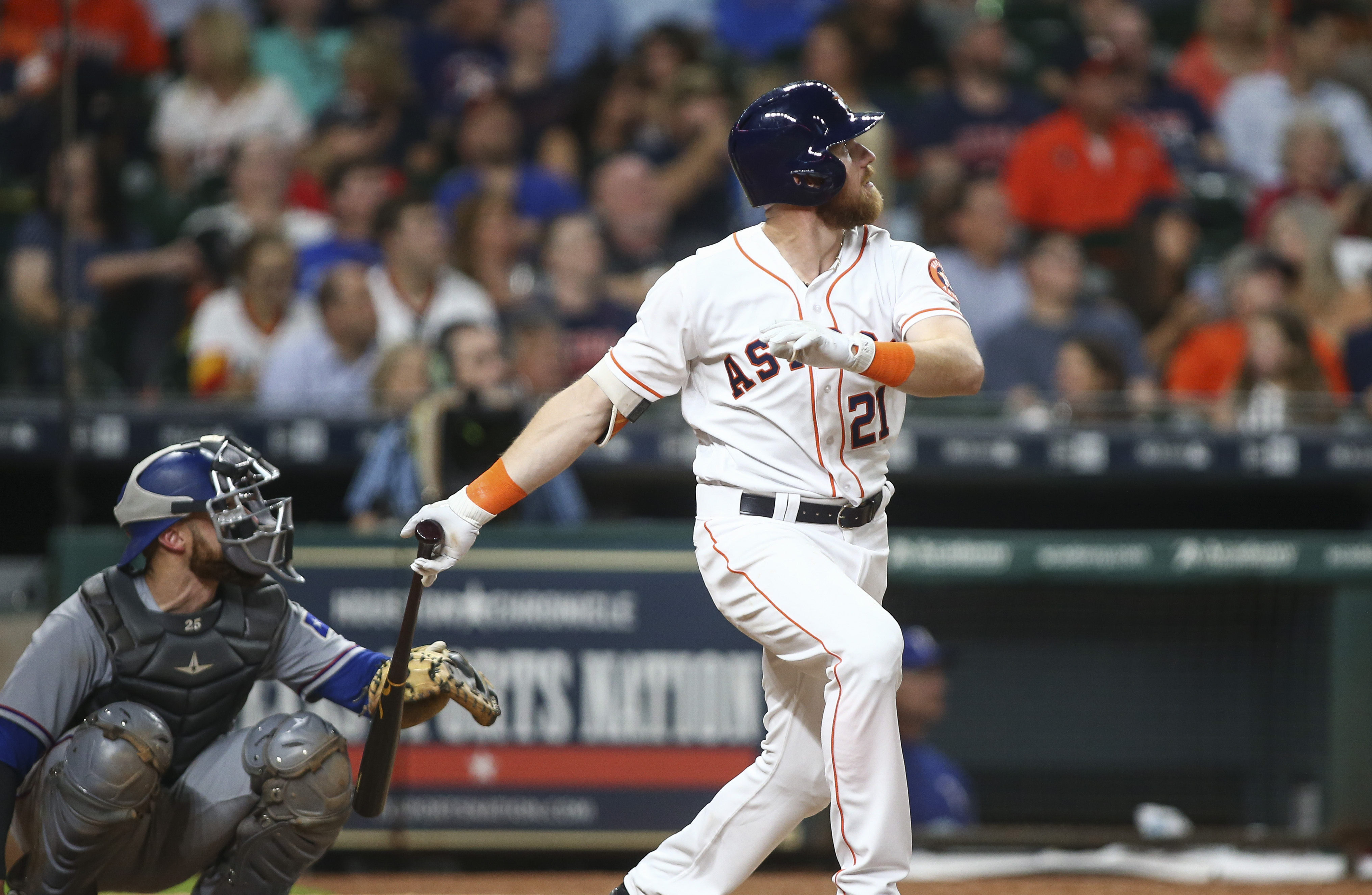 With Spring Training in full swing now and all the players reporting, the story lines have started to develop.  While the majority of the roster is set, there a few positions that could be decided in Spring and a few players who could use this Spring Training as a major building block for 2018.  Here are a few guys to watch this Spring.

Fisher had a very good spring in 2017 leading to a breakout year in AAA which culminated with a call-up to the MLB and a member of the Astros World Series team. While 2017 can be seen as a personal success for him, there is still more for Fisher out there.  The left field position is one that most assume is open for the Astros. It appears a combination of Fisher, Marwin Gonzalez and Jake Marisnick will play there this year.

If Fisher can put together a dominant spring, he could be the early favorite to take over the position. Last year in 166 PAs he posted an 82 wRC+ but did have a respectable 10.2 BB%. He showed off his wheels on the bases in the playoffs scoring the winning run in Game 5 of the World Series reaching a top speed of 29.8 ft/sec. Fisher has as much potential as anyone on the roster and if he can capture the starting left field position, it will put the Astros in a great spot.

Martes was arguably the Astros best prospect heading into the 2017 season. He started the season in AAA at just 21 years old, a feat in itself. He struggled with command early and had a 5.80 ERA with 31 BB/69 K in 54.1 innings. The Astros promoted him to the MLB where he started 4 games and pitched in 28 others out of the pen.

Word from spring is that Martes lost some weight over the off-season and has shown up in great shape. Though we hear this every year, it has shown in his pitches. Hinch mentioned Martes was throwing as hard as anyone and his changeup is noticeably better. While the rotation seems set, Martes has a chance to carve out a significant role in the bullpen if things go his way this spring. He also changed up some of his mechanics, which will be detailed in a later post.

Davis put together a solid 2017 in the minors which earned him a call-up to the Astros and a debut on August 5th, 2017.  He actually hit the ball pretty well slugging 4 doubles, 4 homers and a 107 OPS+ in 62 at bats. Davis also pitched a couple outings out of the bullpen and actually looked really good.

As is the case with Martes and Fisher, Davis will be fighting for a roster spot, especially since the infield is loaded. Davis has played 3B and a little 1B, LF, and RF in the minors. Could he carve out a role as a utility player and a possible relief pitcher if the need arises? While the pitcher role is unlikely, Davis does have big power and could be a good bench bat until a spot opens up.

The Astros top prospect experienced an astronomical (pun intended) rise in 2017. He was just the 6th pitching prospect to make it to AA the year after being drafted out of high school, following a nice list headlined by Clayton Kershaw.  Overall he had a 2.83 ERA with 143 K in 92.1 innings across three levels.

While it is not likely he starts the season on the MLB team, he is a name that could be called up this summer. Jeff Luhnow even stated that the Astros considered calling up Whitley last September at the ripe age of 19. He is a top 10 prospect industry wide and could be the next big thing to come out of the Astros farm system.

I wanted to throw another prospect in here. I thought about going with Rogelio Armenteros, Jon Kemmer, or Garrett Stubbs but ultimately landed on Ferrell.  Ferrell was a high pick out of TCU a couple years back but lost some development time due to an aneurysm in his throwing shoulder.