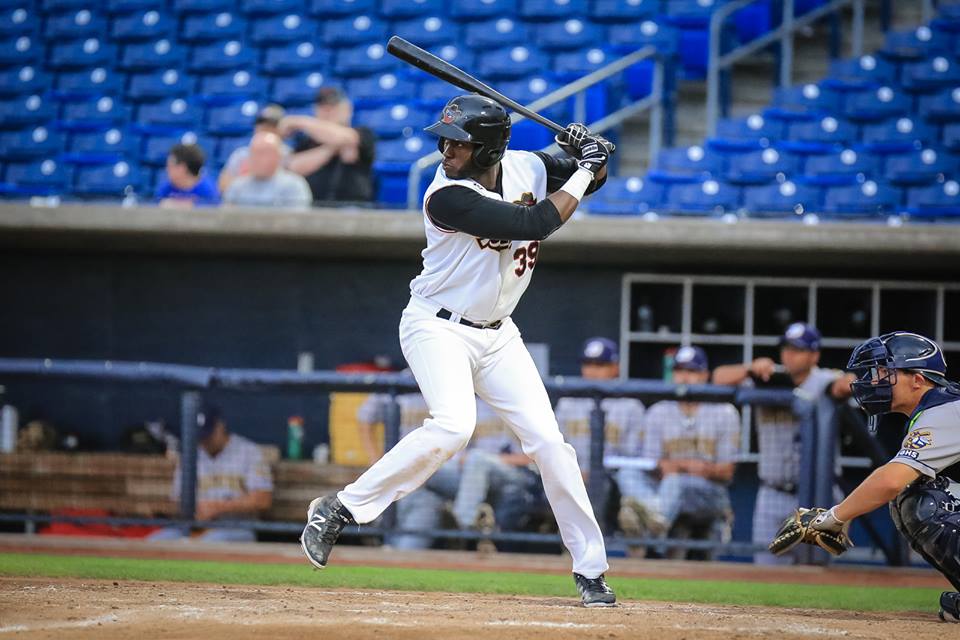 We continue our look at the top three prospects at each position moving to the first base position this week.

Alvarez was originally signed by the Dodgers out of Cuba for $2 million and the Astros snagged him in the trade that sent Fields to Los Angeles. Alvarez was seen as a raw prospect coming into this year but he turned heads crushing the ball in Quad Cities with a 207 wRC+ in 32 games. He was promoted to Buies Creek and was solid there as well cutting down on his strikeout rate and driving in 36 in 58 games. He played some in the outfield but should start moving up the ranks as a first base prospect. Overall he had a 139 wRC+ as a 20 year old between A/A+. Alvarez has as much upside with the bat as anyone in the Astros system. 2018 could be a big year for him.

Adams was the Astros 6th round pick in the 2017 draft. Adams came with the promise of huge power as he hit 29 HR in 61 games at Iowa his junior season. Unfortunately his debut season didn’t go as well as he struggled to make contact striking out 68 times in 48 games. Adams did have 10 HR in 48 games but overall the season was not a good one. Adams is only 21 so he will still have time to turn it around.

In this article:astros, first base, Houston, MiLB, prospects