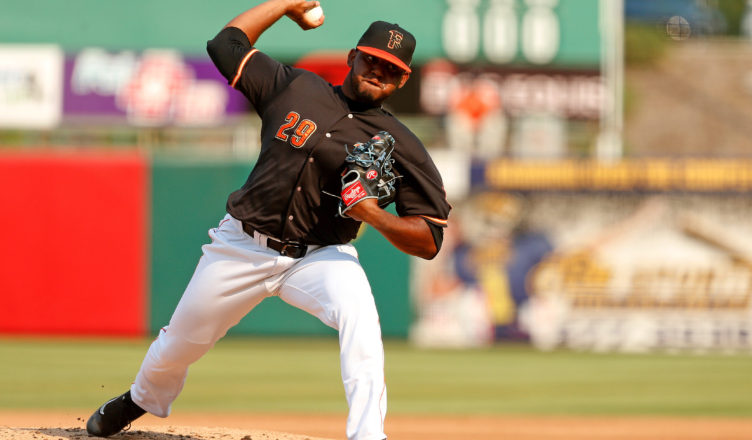 With Spring Training inching closer (less than a month away), the Astros announced the non-roster invites who will be joining the Astros in camp.

Highlighting this list are some of the Astros top prospects including Kyle Tucker. Tucker was a first round pick in 2015 (#5 overall) and has moved quickly through the system reaching AA at just 20 years old. Last year between High-A and Double-A he hit 25 homers and had a combined .528 SLG.

Rogelio Armenteros will be a name to keep an eye on this spring. The Cuban RHP was signed for a low bonus and has flown under the radar for his minor league career but pitched well. He dominated the competition in 2017 going 10-4 with a 2.04 ERA and 146 K in 123.2 innings between AA and AAA.

The Astros also invited some interesting outfielders in Drew Ferguson and Myles Straw. Ferguson, a 19th round pick in 2015, made it all the way to AAA in 2017. He has a solid approach at the plate and good speed on the bases. On the topic of speed, Myles Straw was also invited giving the fans a chance to see probably the fastest runner in the system. Straw was a 12th round pick in 2015.