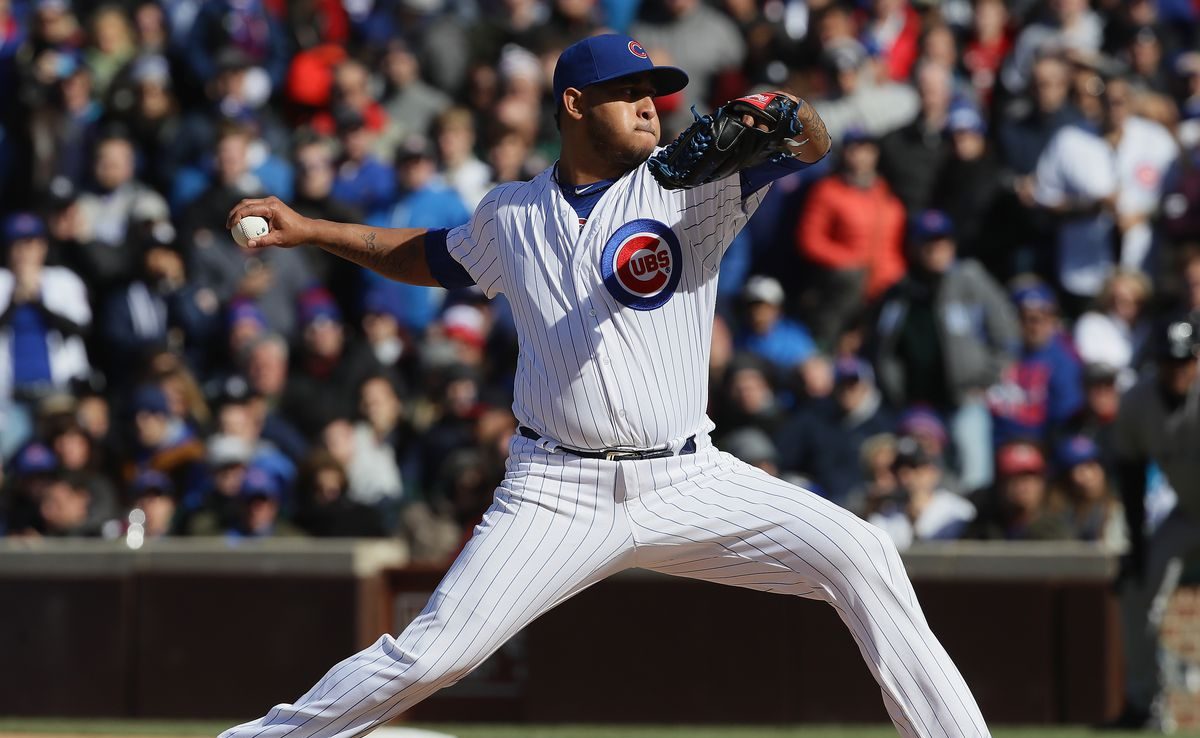 Coming off of a World Series championship in 2017, the Houston Astros are poised to defend their title as they bring back a solid core that includes the likes of Jose Altuve, George Springer, Carlos Correa, Alex Bregman, Dallas Keuchel and Justin Verlander.  While most of the heavy lifting for the 2018 roster has been done in previous seasons, Jeff Luhnow has his eyes set on making tweaks and adjustments this offseason to help improve a team that won 101 games last year.  One area that Luhnow seems focused on is the bullpen, and over the last week, he has brought in a trio of relief pitchers to try to help solidify a bullpen that was shaky in the postseason. His most recent acquisition was the hard throwing Hector Rondon, who Luhnow signed to a 2 year, $8.5 million contract on Friday.

At the end of the season, we may look at this acquisition in the same light that we do Charlie Morton’s from last year. It isn’t a flashy signing, but it could be an excellent one. While the last two years have not been strong for Rondon while pitching for the Chicago Cubs, he is only a couple seasons removed from a solid 2015 season that saw him finish with a 6-4 record, 30 saves, a 1.67 ERA, and a 2.68 FIP.

In total, Hector Rondon spent five seasons with the Chicago Cubs after being selected in the Rule 5 draft from the Indians in 2012. Over the course of five seasons, Rondon went 18-13 with a 3.22 ERA and 77 saves. Last year, though, was probably his worst season with the Cubs. He ended the season with 57.1 innings pitched, a 4-1 record, 10 holds, 4.24 ERA, 4.12 FIP, 10.83 K/9, and a 3.14 BB/9. His K/9 rate was the highest of his career, but his BB/9 and homeruns allowed were also amongst his highest. This led to the Cubs not tendering him a contract earlier this offseason.

Rondon served as the Cubs’ closer in 2014, 2015 and part of 2016. In 2016, the year the Cubs won the World Series, Rondon was replaced in the closer’s position after the Cubs traded for Aroldis Chapman. After Chapman was acquired, Rondon never seemed like the same pitcher. Not only did his confidence take a hit, but he also dealt with tricep issues that sidelined him for much of the latter part of the 2016 regular season. Prior to the injury, he was actually having a similar season to his successful 2015 season, but struggled to regain his effectiveness upon return.

Hector Rondon is a classic fastball/slider pitcher. His fastball generally sits in the mid to upper 90’s (consistently 98-99 MPH) with a slider that sits in the low 80’s. With the Astros right-handed depth in the bullpen (Giles, Devenski, Harris, Smith, and Musgrove), the Astros can ease Rondon into high leverage situations. Again, though, if he can regain his form, he very well may find himself pitching in the 7th and 8th innings this upcoming season.

At only 29 years old (he’ll be 30 on Opening Day), Rondon will give another solid option in an already deep bullpen. He is the classic change-of-scenery type pitcher and may ultimately turn into the type of acquisition that doesn’t make headlines now, but pays dividends down the road.

Anthony Gose was a fascinating selection by the Houston Astros in this year’s Rule 5 draft.  The former outfielder was actually traded to the Houston Astros several years ago in the trade that sent Roy Oswalt to the Phillies.  After that trade, the Astros immediately flipped him to the Toronto Blue Jays for Brett Wallace.  Now, after a few seasons with varying degrees of success as an outfielder, Anthony Gose is trying his hand at pitching.  Last season was Anthony Gose’s first year pitching as he threw 10.2 innings in the Detroit Tigers’ minor league system.  While his results were not necessarily successful, the tools can leave people in awe.

As a left-hander, Gose can reach as high as 100 mph on the radar gun.  He is very raw, and may be a long shot to make a team coming off of a World Series championship, but if Brett Strom and the Astros coaching staff can reign in his ability, he might make for an intriguing option for a team that is starving for a left-handed option out of the bullpen.