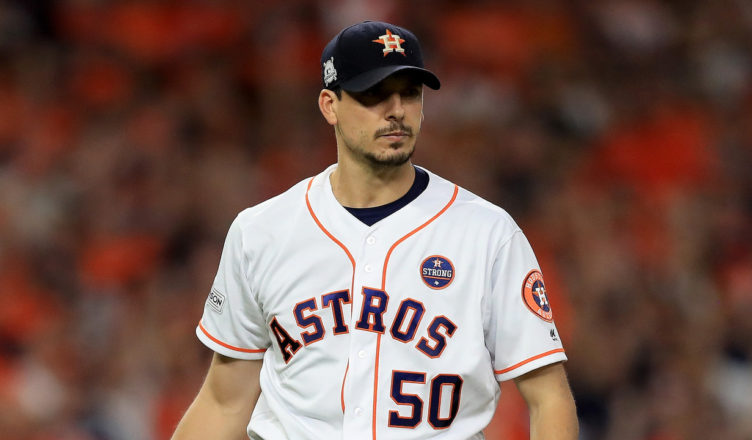 The Houston Astros are the 2017 World Series champions! Let that sink in for a moment. After years of futility and 100 loss seasons, the 2017 Houston Astros were able to do something that no Astros organization, since they came into the league in 1962 as the Colt 45’s, has been able to do…win it all.

The World Series was chalked full of heroes, no more than the World Series MVP, George Springer. He hit .379 with five homeruns and seven RBI’s. Springer set individual World Series records including most extra-base hits (8), homeruns (5 – tie), total bases (29), and consecutive games with a homerun (4). What is more impressive is he did all of this after starting the series hitless with four strikeouts in the first game.

Despite the torrid World Series that Springer had, the Astros would not have won the World Series without significant contributions from the rest of the 24-man roster all postseason long. While they all had great postseasons, there is a select group of players who are truly unsung heroes, players who did even more than what was expected of them, which ultimately led to a championship.

When looking at the whole season and what he was able to do in the postseason, this may go down as one of the most underappreciated, under-the-radar signings of all time in the Astros organization. Signed to a modest two year, $14 million contract, Charlie Morton may have been the most dominant pitcher of the postseason for the Astros. He had one bad game all postseason, giving up seven runs to the Yankees, but if you take that one start away, Morton threw 19.1 innings over four games, allowing four earned runs, twenty-two strikeouts and only four walks.

His last three games truly defined Morton’s postseason. The first of the three was game seven of the ALCS. In a do or die game, Charlie Morton came out and threw a dominant five innings, allowing only two hits, one walk and five strikeouts before handing the ball over to Lance McCullers for a four inning save. The second game was in Los Angeles in game four, where he threw 6.1 innings of one run ball, allowing three hits and striking out seven. His last and most impressive game was the clinching game of the World Series, coming on in relief to pick up the win, throwing 4 innings of one run, two hit ball with four strikeouts. All of this came after a season where he went 14-7 with a 3.62 ERA, 1.19 WHIP and 163 strikeouts in 146.2 innings pitched. Once again, to say he was a bargain is a pretty big understatement.

Like Charlie Morton, Brad Peacock has been an unsung hero all season long, not just in the playoffs. During the regular season, Peacock was 13-2 with a 3.00 ERA, 1.19 WHIP with 161 strikeouts in 132 innings. Most impressive is he was one of our most versatile pitchers, always being ready to pitch as a starter or out of the bullpen. In the postseason, two games helped define him as an unsung hero. The first one was in game three of the World Series. After Lance McCullers got into the 6th inning, A.J. Hinch decided to go to Peacock out of the pen. From there, Peacock did nothing more than go 3.2 innings, not allowing a single hit, only one walk and striking out four. With a bullpen that became very untrustworthy for Hinch, a 3+ inning save was exactly what the Astros needed.

Fast forward to the last game of the World Series and Peacock did his job again. After McCullers did not go very deep in the game, A.J. Hinch needed pitchers to bridge the gap to Charlie Morton. After a combination of Liriano and Devenski got the Astros out of the inning, Peacock, once again, came in and took care of business. In the clinching game, Peacock threw 2 innings, allowing one hit, one walk and striking out two. Even though it was only 2 innings, it allowed the Astros to get deep enough into the game that Morton could come in and take care of the rest.

Alex Bregman is quickly becoming a superstar. It is hard to call him an “unsung hero” with all of the praise that he got after his game-winning hit off of Kenley Jansen in one of the craziest games of all time in game 5, but where I am focusing on is his defense. Bregman, a college shortstop at LSU, converted to third base after being called up due to Carlos Correa’s presence as a middle infielder. Throughout this season, Bregman had some hiccups as he made a combined 14 errors between third and shortstop (remember he did play some shortstop while Correa was out). Despite that, Bregman played remarkably well at third, with only two errors in 159 innings and a .964 fielding percentage. Amongst all of his great plays, the two that will come to everyone’s mind will be the two where he threw runners out at the plate, one in game seven of the ALCS and one in game four of the WS. While both were impressive, the ALCS play may have been one of the best plays I have ever seen, and was a play that helped solidify a berth to the World Series.

Honestly, Marwin Gonzalez did not have a very good postseason statistically. Marwin hit .180/.275/.570 with only one HR, four RBI and seven runs scored. Overall, that leaves something to be desired; however, what puts him on this list is that one homerun. Down by one in the ninth inning of game two of the World Series, Marwin Gonzalez took Kenley Jansen deep to tie the game and send it into extra innings. Not only was that only the second run the Dodgers’ bullpen had given up all postseason, but it was a crushing blow that allowed the Astros to end up stealing one of the first two games on the road. Truly, without that homerun, I think that the Dodgers might be the ones celebrating a World Series title, not the Astros. But much like he has done all season long, Marwin Gonzalez was as clutch as any Astros player and for that one inning, he put the team on his back.

It is not too often that a third base coach gets talked about unless it is because he foolishly got a runner thrown out, but Gary Pettis had a remarkable postseason. Always the aggressive type, Pettis made numerous calls throughout the postseason that put pressure on defenses to have to make the plays. No single send was more shocking, yet rewarding than in game two of the ALCS against the Yankees.  On a double by Carlos Correa that didn’t even make it to the wall, Jose Altuve scored from first base. Putting pressure on the Yankees, Pettis sent Altuve around third, and as the ball reached second base, Didi Gregorious made a throw that catcher Gary Sanchez couldn’t handle, sending the Astros to a 2-0 lead in a series that ended up going the full seven. While Pettis sometimes takes heat from fans for being too aggressive, his aggressiveness paid off time and time again this postseason.

The greatest part of writing this article is there are probably about 5 to 10 more names that I could include that made huge contributions. McCullers 4 inning save, McCann’s work behind the plate, Yuli’s twenty-one hits in the post season, Liriano’s two clean appearances, Gattis’ ALCS game seven homerun, and A.J. Hinch’s confidence to not pull pitchers too quickly could all have made this list. And obviously, I have stayed away from the big guns, the guys that you expect greatness from like Jose Altuve, Carlos Correa, George Springer, Justin Verlander and Dallas Keuchel.