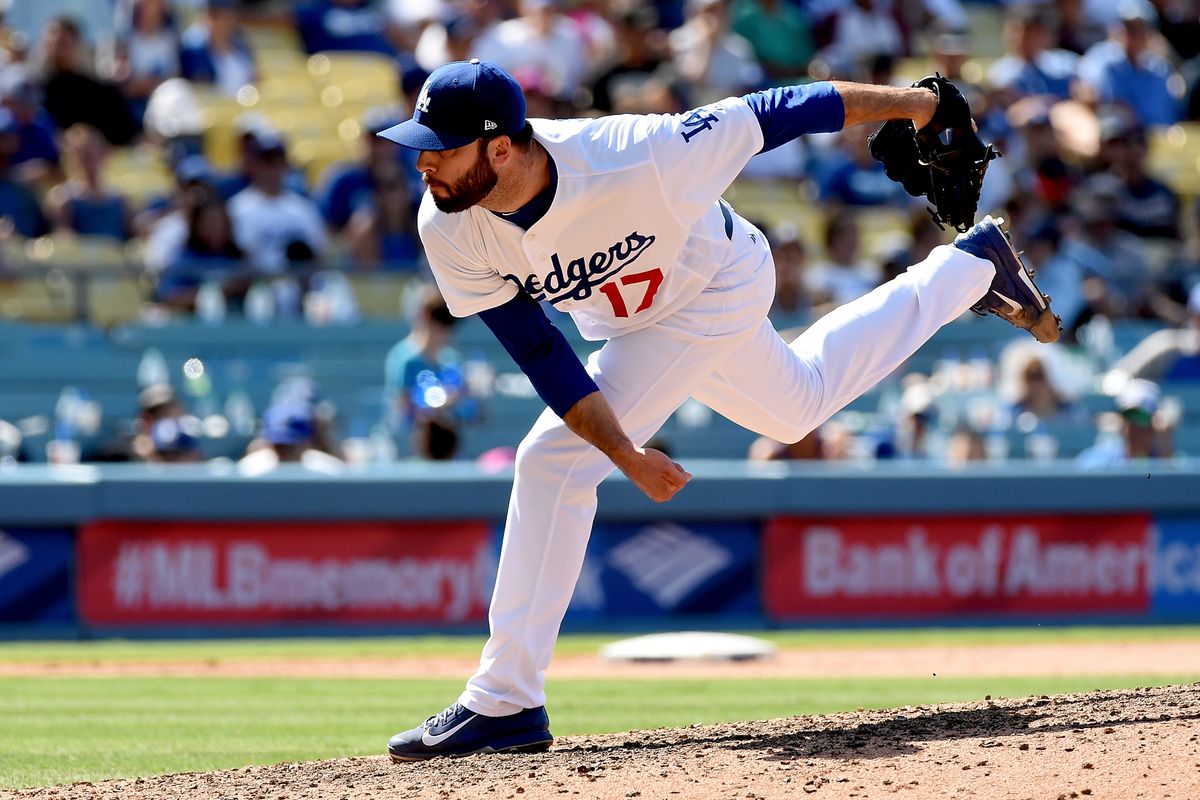 Last night I was perusing on Twitter and I saw some talk about signing free agents. Some wanted outfielders, some wanted starters, some wanted relievers. It got me thinking though. With the Astros losing a few relievers to free agency this off-season, especially two guys from the World Series roster (Luke Gregerson, Francisco Liriano), I think the Astros will be in the market for relievers. But I don’t think it will be the big money guys like Wade Davis and Greg Holland.

Here are some relievers I think could be good fits for the Astros as far as budget and contract goes. I will use the MLB Trade Rumors contract predictions for this article. I also think they will/should be in the market for another lefty to replace Sipp. Here is my list:

Morrow is a guy Astros fans will be familiar with due to his time with the Dodgers in the World Series. Yes, the Astros rocked him in game 5, but he pitched in all 7 games and outside of game 5, was pretty solid against the best offense in the league. Morrow was a starter for the majority of his career before making the full transition to the bullpen in 2016.

Over the last two seasons with SDP and LA he had a combined 1.96 ERA, 2.30 FIP and 58 K in 59.2 IP, and didn’t allow a single HR in the 2017 regular season. Morrow had a solid groundball rate this season at 45% and will add another high velocity arm with his 98 MPH fastball and 89 MPH slider. MLB Trade Rumors Contract Prediction – 3 year, $24 million

Shaw has been one of the better relievers over the 6-7 years including leading the league in appearances three times with the Indians. Just looking at ERA, Shaw had his worst season of his career (3.52) but he also had his best career FIP (2.96) indicating he might have pitched better than it shows. He had 22 BB/73 K in 76.2 innings this season.

Shaw also had a very good groundball rate at 55.9% but had a career high in BABIP (.311) this season. Overall, Shaw appears to be a guy the Astros could run out there and count on having a very good season and bolstering the middle innings. Shaw throws a 95 MPH cutter and an 83 MPH slider. MLB Trade Rumors Contract Prediction – 3 year, $21 million

Minor also dominated left handed hitters in 2017. Lefties hit just .163 with .423 OPS against him in 102 plate appearances. Moving to the bullpen also allowed Mike Minor to see an uptick in his velocity. As a starter he set around 91 MPH but this year averaged 94-95 MPH with a high of 97 MPH in August and September. Minor would give the Astros a dominant left option but could also be a full inning guy and not just a LOOGY. MLB Trade Rumors Contract Prediction – 4 year, $28 million

McGee made his name known in 2015 with the Rays when he had a 1.89 ERA and 90 K in 71.1 innings. The Rockies ended up trading for him prior to the 2016 in an attempt to bolster their bullpen. Unfortunately, his first year with Colorado did not go well as he had a 4.73 ERA and just 38 K in 45.2 innings. As expected though, his road numbers were a bit better.

Swarzak has been up and down throughout his career but really found his groove this year with the White Sox and Brewers. Prior to his trade to the Brewers, Swarzak had a 2.23 ERA/2.35 FIP with 52 K in 48.1 innings. He was traded to Milwaukee and continued his success with a 2.48 ERA and increasing his strikeout rate to 12.1 K/9.

Swarzak also some an uptick in his velocity this year as he averaged 95 MPH with his fastball, topping out at 97 MPH. Due to his up and down career, MLB trade rumors don’t expect him to get a big deal. If he performs like he did in 2017 though, the following prediction would be a steal. MLB Trade Rumors Contract Prediction – 2 year, $14 million

Cishek is an unorthodox thrower with a submarine style. Like Swarzak, he has been up and down in his career. He had a couple very good seasons with the Marlins as their closer before falling a bit in 2015. But since then, he has returned to be a very good reliever. In 2017 he had a combined 2.01 ERA with 41 K in 44.2 innings. He started the year with Seattle and was then moved to Tampa Bay where he allowed just 3 runs in 24.2 innings.

Cishek has posted good groundball rates throughout his career and had a very good 56.1 groundball percentage in 2017. The only worry with Cishek is that his velocity was down a bit this year with his sinker averaging 91 MPH (though it continually got higher as the season went on). Due to his up and down recent seasons, he is also projected for a small signing. MLB Trade Rumors Contract Prediction – 2 year, $14 million

There is the list of potential relievers the Astros could look at. If you were calling the shots, which reliever(s) would you sign?