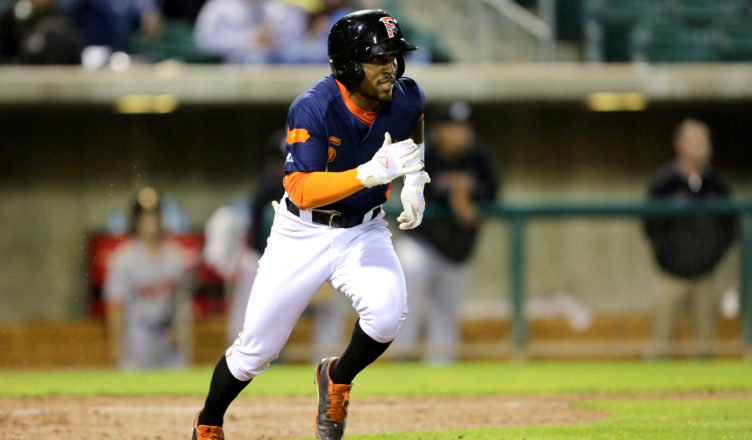 Kemp has been in the Astros system for a little while now but he has hit at every stop in the organization. He has been as advertised throughout his minor league career hitting for average and posting very good on base percentages. For Fresno, Kemp hit .329 in 118 games. He set a career high in homers with 10 and also added 23 doubles and 9 triples. Kemp spent a little time with Houston this year but is obviously blocked by the great Jose Altuve. Kemp has performed well enough in the minors that he deserves a chance at some point.

The Astros signed Mayfield as an UDFA following the 2013 draft and he had defied the odds. Mayfield started the season with Corpus and .289 with 14 HR in 70 games. Mayfield was then promoted to AAA where he hit .273 with 6 HR. He played shorstop, second base, and third base for both squads. Overall he had a 121 wRC+ and showed solid power with the .500 SLG.

The Astros signed Valdez for $450,000 in 2015 out of the Dominican Republic. Scouts noted his line drive, contact approach at the plate and that showed this season. The 18 year old made his stateside debut playing with GCL and Greeneville hitting a combined .217 but had 23 BB/36 SO. Valdez has a ton of potential at this point.

Ayarza is an unknown in the system but put up some solid numbers this year between Low-A and High-A. Overall he hit .273 and showed off some power with the 20 doubles and 8 homers, despite the smaller frame (5’8″, 145 lbs). While he doesn’t walk much, he does a good job putting the bat on the ball.

This is a position that is clearly locked up at the MLB level but having some depth in the system is never a bad thing. Kemp is great depth at this point and will probable see more time in Houston. Birk and Mayfield both represent solid options down on the farm to fill in AA and AAA and both can provide some pop. If Valdez breaks out, this position could turn into a big strength.