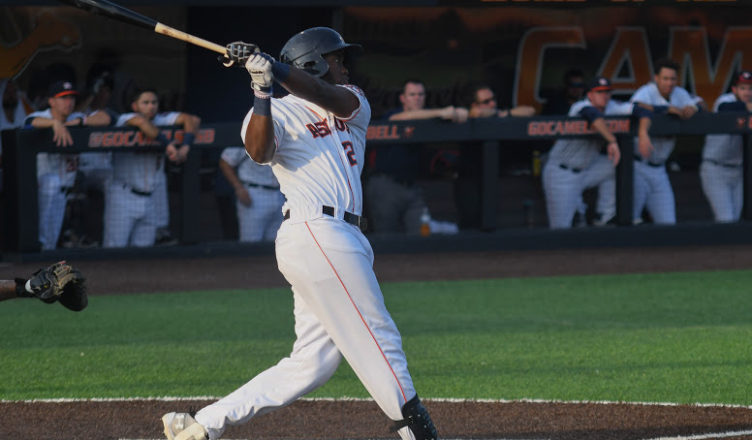 Now that the season is over we will review each position in the minor league system. This week we move on to the first base position.

Alvarez was originally signed by the Dodgers out of Cuba for $2 million and the Astros snagged him in the trade that sent Fields to Los Angeles. Alvarez was seen as a raw prospect coming into this year but he turned heads crushing the ball in Quad Cities with a 207 wRC+ in 32 games. He was promoted to Buies Creek and was solid there as well cutting down on his strikeout rate and driving in 36 in 58 games. He played some in the outfield but should start moving up the ranks as a first base prospect. Overall he had a 139 wRC+ as a 20 year old between A/A+.

Reed flew up the prospect rankings after a monster 2015 season. Unfortunately, he fell off a bit after a struggle in the majors last season. In 2017 he started slow but finished with 34 HR, 104 RBI including hitting .293 with 19 HR, 52 RBI in 46 games after the AAA All-Star game. While his strike out rate was up this year, his walk rate increased from last season and he posted a slightly higher ISO. Reed has lost a little buzz but he still has the looks over a potential three true outcome slugger.

McCall was a solid performer last year with Quad Cities hitting .286 in 108 games. His numbers were down a bit this year hitting .231 in 54 games for Buies Creek. He was eventually promoted to Corpus Christi where he hit .242 with 6 HR in 37 games. Overall he had a combined .707 OPS.

Adams was the Astros 6th round pick in the 2017 draft. Adams came with the promise of huge power as he hit 29 HR in 61 games at Iowa his junior season. Unfortunately his debut season didn’t go as well as he struggled to make contact striking out 68 times in 48 games. Adams is only 21 so he will still have time to turn it around.