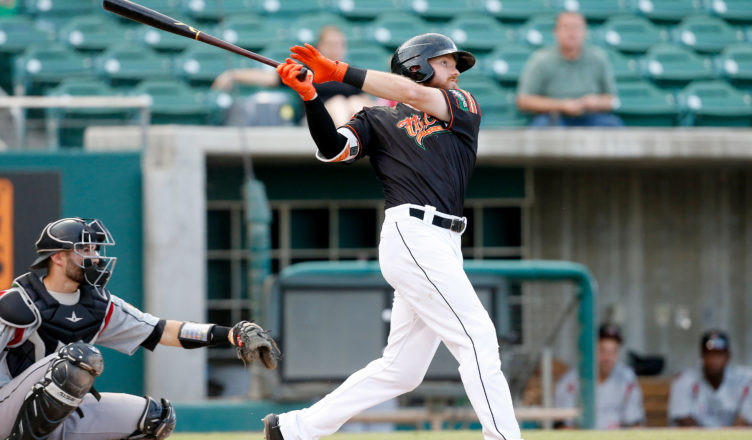 The Fresno Grizzlies defended their AAA Championship title in 2017, and while they didn’t repeat, they still turned in anothe good season.

After winning the AAA championship in 2016, the Grizzlies started the 2017 season slow going 10-14 in April. They followed that up with a 13-16 May digging themselves a deep hole. They picked up the pace in a big way going 20-8 in the month of June to finish the first half of the season above .500. The Grizzlies then went 22-6 in July putting themselves in a great position for a post season run. Unfortunately they struggled to close out the season going 9-20 in August and ended up missing the playoffs by 3 games.

There were several players on offense that had huge impacts. A.J. Reed was a big run producer clubbing 34 HR and driving in 104 runs. Derek Fisher was a consistent threat in the middle of the lineup hitting .318 and did a great job driving in one of the best leadoff men in AAA in Tony Kemp, who hit .329 in 118 games.

The pitching staff was the weak point of the team in 2017. Armenteros was great in his 10 starts after being promoted from Corpus (more below). The other starters struggled quite a bit but the Grizzlies did get some very good relief performances. Kevin Comer posted a 3.68 ERA with 74 K in 63.2 innings and Jacob Dorris had a 1.87 ERA with 28 K in 33.2 innings. Here are the team leaders for 2017:

A.J. Reed, OF
Reed flew up the prospect rankings after a monster 2015 season. Unfortunately, he fell off a bit after a struggle in the majors last season. In 2017 he started slow but finished with 34 HR, 104 RBI including hitting .293 with 19 HR, 52 RBI in 46 games after the AAA All-Star game. 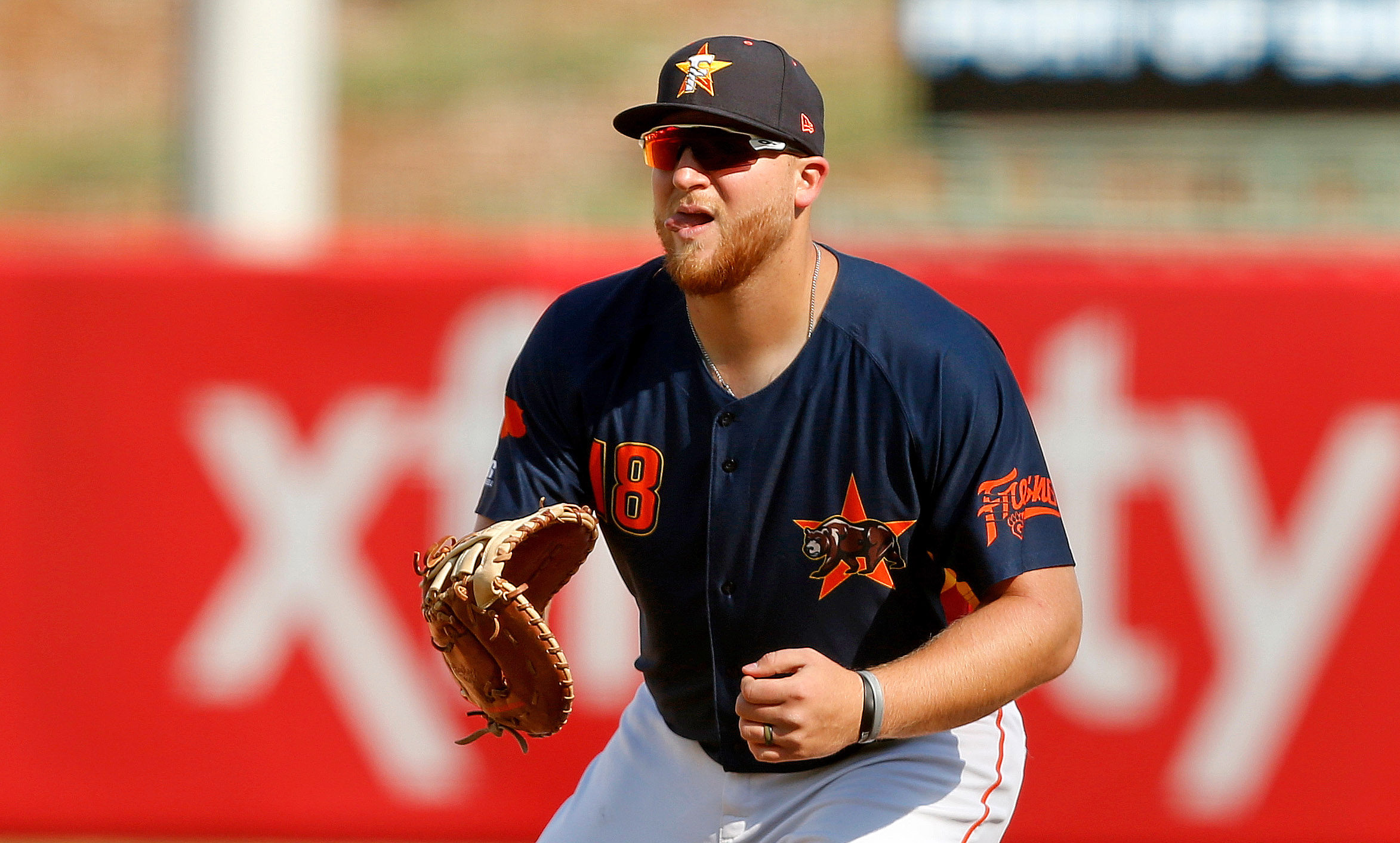 Derek Fisher, OF
Fisher continued his prospect rise in 2017 putting together a great season for Fresno before being promoted to Houston. In 84 games in AAA Fisher hit .318 with 26 2B, 21 HR, 66 RBI and 16 SB. He was promoted to Houston and helped contribute to the playoff run. 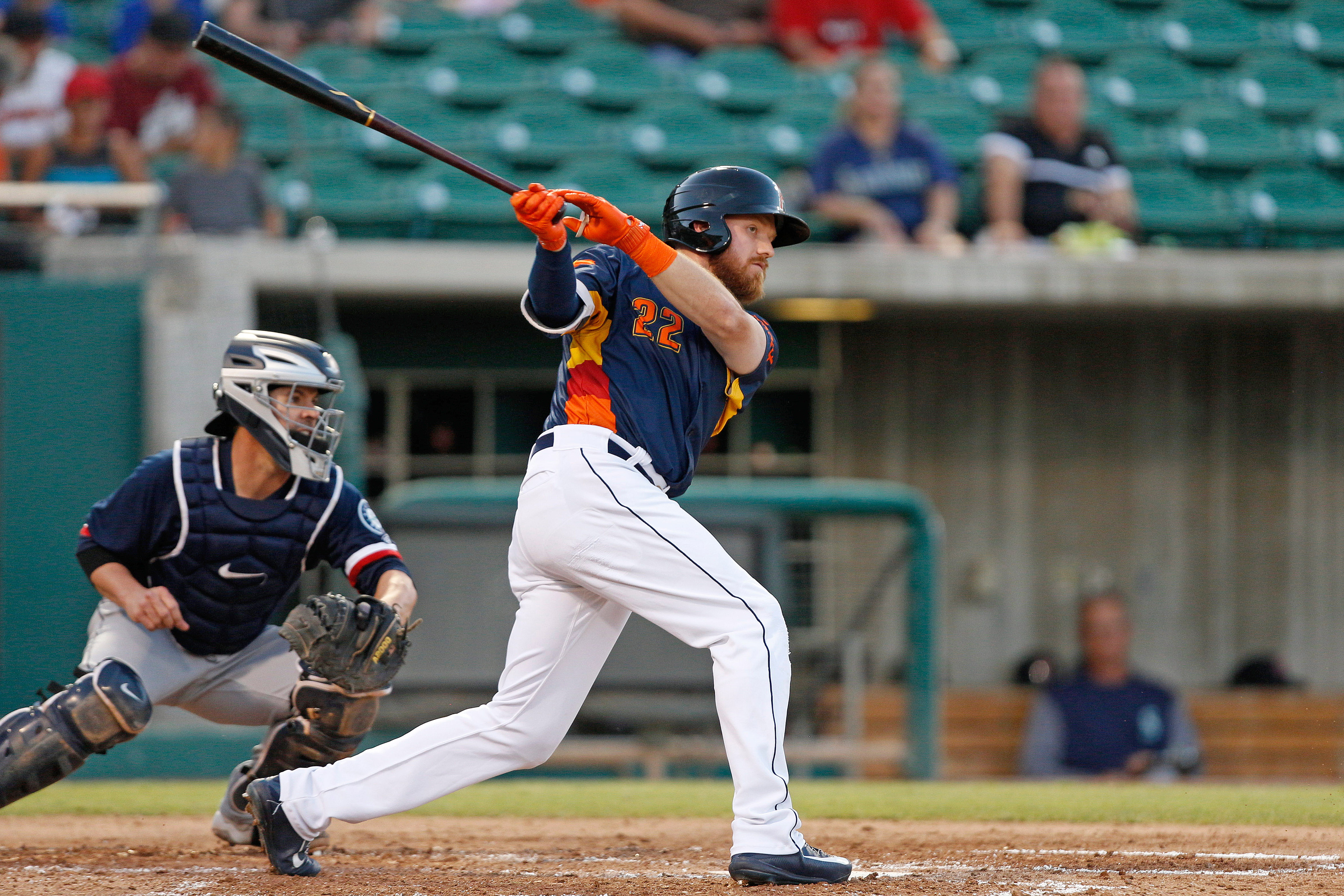