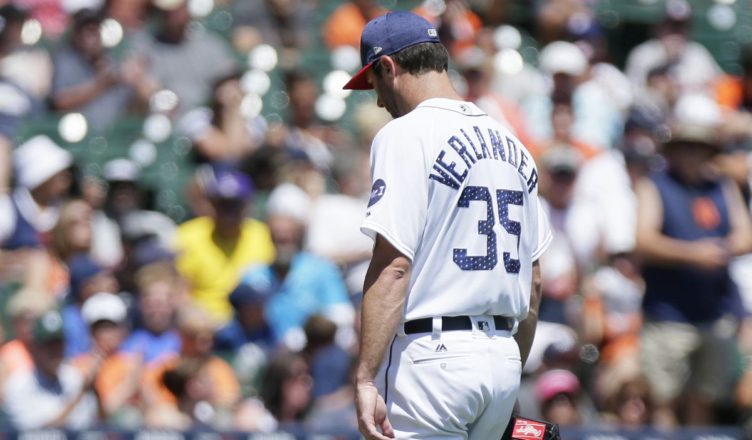 After a disappointing July non-waiver deadline, the Houston Astros seemed like a team that was down in the gutter. After watching Jose Quintana, Sonny Gray and Yu Darvish be traded to other teams, even the Astros players themselves seemed to be losing faith. Since the non-waiver deadline that only saw the acquisition of lefty Francisco Liriano, though, Jeff Luhnow has been busy working the waiver wire adding Tyler Clippard, Cameron Maybin and the biggest acquisition of them all, Justin Verlander. Within the span of about 5 minutes after the news had broke, there seemed to be a newfound sense of excitement for a fan base, and a city, that were in desperate need of something positive.

Details of the Trade:

Astros Side of the Trade

Let’s be honest, Dallas Keuchel echoed the sentiment of all Astros fans after the July trade deadline when he said, “disappointment is a little bit of an understatement.” Like Astros fans, though, he can no longer feel that disappointment. With this trade, the Houston Astros bring in a former Cy Young pitcher who is hungry for a World Series championship. At 34, Justin Verlander is no youngster, but controlled for two more years (plus an option year), he is still young enough to lead a team built to win for the next several years. According to early reports, it sounds like the Tigers are paying down about $8 million per year on his contract which means, for the Astros, he is a $20 million a year pitcher. With his history and his performance, that is a very reasonable cost by today’s standards.

Tigers Side of the Trade

Given the difficult circumstances of making trades in August, the Detroit Tigers did pretty well in this trade. Franklin Perez, who was the Astros #3 prospect at the time of the trade, slides into the top spot for the Detroit Tigers according to MLB Pipeline. Originally signed in 2014 for $1 million, Perez is still very young at only 19. Despite that, he has pitched well at double-A Corpus Christie and could make his way to the majors in just a couple more years. Perez throws a mid-90’s fastball that some project may still add velocity and has potential average to plus secondary pitches. At worst, many see him as a mid-rotation starter with the possibility of being even better than that.

After a very slow start to his pro career, Daz Cameron, ranked as the 9th best Astros prospect prior to the trade, really started to turn it on this year. Still only 20, Daz has shown this year why the Astros saved some bonus money and drafted him in the supplemental first-round pick in the 2015 draft. Cameron stands out not only for being a plus defender, but has a compact swing that suggests he will be a solid hitter with average power.

Drafted in the 3rd round of the 2016 draft, Jake Rogers ranked as the Astros number 11 prospect at the time of the trade. While Jake has long been seen as a defensive minded catcher, his bat has really shown potential this year. He has a good eye and can make pitchers pay when they leave pitches in the zone. While he may not go down as one of the all-time great hitting catchers, he does have the tools to eventually be a solid, everyday catcher.

In five years, this may not look like a great trade for the Astros depending on how these prospects develop, but this trade isn’t about five years from now.  It is about right now and it is exactly what the Astros needed. With a wealth of prospects, the Astros were able to acquire a top of the rotation arm without giving up prized prospects Kyle Tucker or Forrest Whitley. With the best record in the American League, the Astros have their sights set directly on a World Series ring, and the acquisition of Justin Verlander was a huge step in shoring up a rotation that should consist of Verlander, Dallas Keuchel and Lance McCullers in October. With one of the most potent lineups the Astros have ever put on the field, I like the odds of this rotation against any other in the postseason.