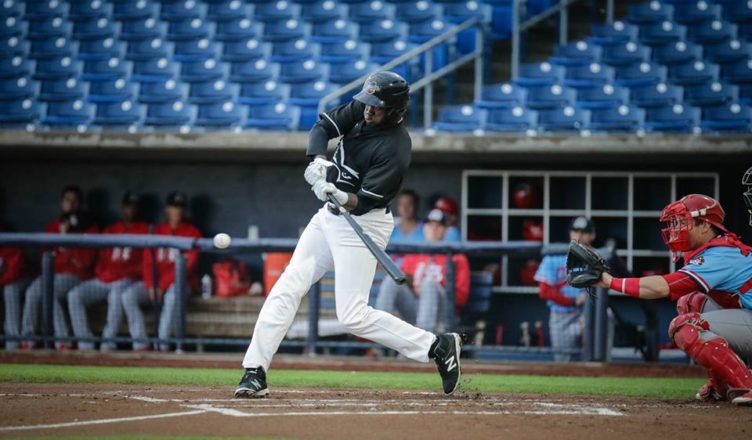 Who is the Astros’ Breakout Prospect of 2017?

Every year in the minors, and particularly the Astros system, a prospect will “breakout” and become a player to watch. With the Astros having built a deep farm system, there was a strong likelihood they would have multiple breakout prospects. There are many prospects that could be on the list making it hard to just choose one. Therefore, I will provide a few candidates and y’all get to vote on who is the Astros breakout prospect of 2017.

Alvarez was signed by the Dodgers as an international free agent for $2 million on June 16th, 2016 and later traded to the Astros for Josh Fields. The Cuban prospect was seen as a potential high reward player. Alvarez has a strong, lean build and some scouts have noted that he is now up to 6’5″ and 220 lbs. This season he dominated in Quad Cities hitting .360 with 9 HR, 33 RBI in 32 games (207 wRC+). He was promoted to Buies Creek and continued to produce hitting .277 with 36 RBI in 58 games. Alvarez turned 20 in June and has one of the highest ceilings among position player prospects.

Javier is a bit of an unknown in the Astros system but he has been dominant over his brief career. His first year in the Astros system, 2015, he had a 2.13 ERA in the DSL. In 2016 between the GCL and Greeneville he had a 2.29 ERA. Javier started the season with Tri-City after a couple of outings with Buies Creek early on. He had 24 K in 16.2 innings with Tri-City earning him a promotion to Quad Cities where he posted a 2.39 ERA and 47 K in 37.2 innings. His stuff is very good but has an advanced pitchability that allows him to dominate at the lower levels. Next year will be a big test for him as him moved to High-A and Double-A.

Of course there are others deserving but I tried to narrow the list down to four. All of these prospects have seen their stock rise this season. If there is a prospect you think should be on this list, please comment below.