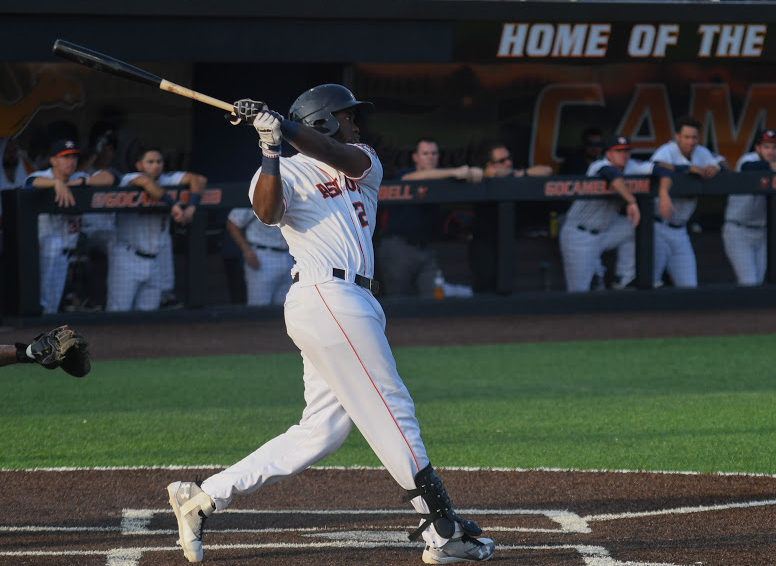 Just like the stock market, prospects’ stock will go up and down throughout the season. Here is the Astros prospect stock report: volume 5.

Disclaimer – Being on the stock down part of this list does not necessarily mean the player is a bad prospect. More just noting the rough patch are experiencing this season.

Alvarez was signed by the Dodgers as an international free agent for $2 million on June 16th, 2016 and later traded to the Astros for Josh Fields. This season he dominated in Quad Cities hitting .360 with 9 HR, 33 RBI in 32 games. He was promoted to Buies Creek where he has continued to produce hitting .299 with 29 RBI in 41 games.  He has cut his strikeout rate down from 25.9% with QC to just 16.6% with BC. He had some struggles early with Buies Creek but has been on fire recently hitting .368 in August and .463 over his last 10 games. STOCK: Rising

Laureano, drafted by the Astros in 2014, made his name known last season with an incredible year. He hit .319 with 15 HR, 43 SB between Lancaster and Corpus Christi vaulting him up prospect rankings. Unfortunately, this season has not been good. He struggled out of the gate hitting just .193 in 63 games in the first half.  He looked like he was starting to turn it around in July but so far in August he is hitting .075 (3-for-40) with no extra base hits. STOCK: Falling

Like Laureano, Thornton had a breakout 2016 season posting a 3.52 ERA between A+/AA. He also had an exceptional 21 BB/124 K in 135.2 IP.  He started off the season shaky with Corpus but was promoted to Fresno (AAA). Things haven’t been much better there as he has posted a 5.68 ERA allowing 119 hits in just 95.0 innings. His walk to strikeout rate is still solid at 19 BB/88 K in 111.1 IP. While the PCL is a hitter friendly league, the results could definitely look better for Thornton.. STOCK: Slipping