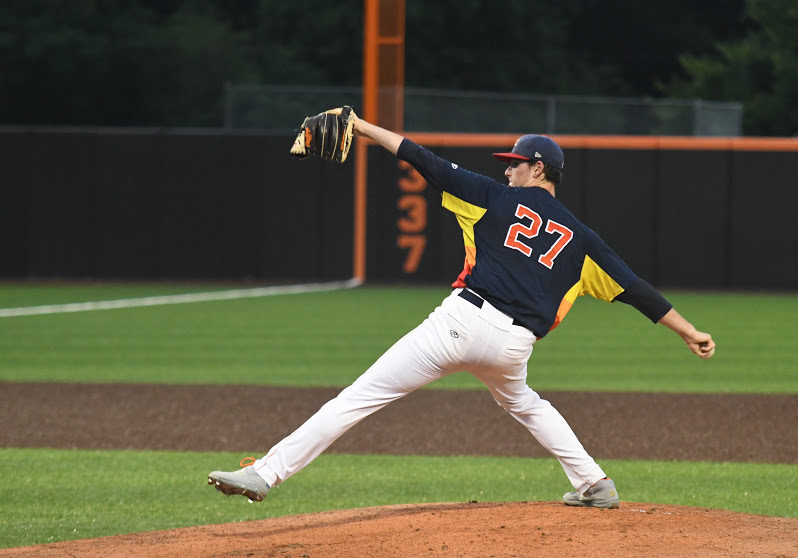 This was one of those weeks during the course of a long season, that the organization would like to crumple up and throw out like yesterday’s news.  All five of the Houston Astros minor league teams finished the week with losing records including an 0-6 week from the Corpus Christi Hooks.  Even with that though, players still perform and produce one way or another as an individual in spite of the teams struggles.  It is a bit tougher for a pitcher to take the weekly honor since they may only appear in one or two games a week, but this week it was a pitcher taking the award.  With his 11 strikeouts in his Double-A debut, Forrest Whitley has been named Astros Future Player of the Week.

Whitley made his debut for the Corpus Christi Hooks on August 17th against the Tulsa Drillers.  In his debut, he threw six shutout innings giving up just two hits and a hit batter in the no-decision.  He left the game with a 1-0 win but the Hooks’ bullpen couldn’t seal the deal.  It was unfortunate for Whitley, but Astros front office and fans have to be thrilled with the outing.  The Houston Astros selected Whitley with the 17th pick of the 2016 MLB draft out of Alamo Heights High School in San Antonio, Texas.  In his professional career, Whitley has a 6-6 record with an ERA of 3.17.  He has recorded 154 strikeouts in 102.1 innings during that span.  Whitley was the eighth pitcher taken in the 2016 draft, and is one of three that have made it to the Double-A level so far.  A.J. Puk and Cal Quantrill are the other two with the 19-year old Whitley being the youngest.

Starting the season with the Class-A Quad Cities River Bandits, Whitley made the jump to the Class-A Advanced level (Buies Creek) in the beginning of July.  He appeared in seven games for Buies Creek making six starts.  Before his promotion to Corpus Christi, Whitley held a 3-1 record with an ERA of 3.16.  With the depth the Astros have pretty much everywhere in the field, it is nice to see that a pitcher is making his way through the system as quickly as Whitley has.  Hopefully he will remain in the Houston system through the winter (and beyond), but it wouldn’t be far fetched to think he may be wanted by other teams in possible trades.  For now though it will be fun to see what he can do in the remainder of the season with the Hooks.

Congratulations to Forrest Whitley on being named Astros Future Player of the Week for the week of August 11th through August 17th.

As I said in the opening, despite teams struggles there are always players of note.  Former Player of the Week Yordan Alvarez had himself a week.  Including action Friday night, Alvarez went 14-for-32 (.438) scoring six runs, with a double, triple, two home runs, and 11 RBI for the Buies Creek Astros.  He has hit safely in 12 of his last 13 games including a hit streak of nine games that was snapped on Tuesday night.  His teammate Stephen Wrenn ended up with a nice week as well.  Wrenn went 12-for-32 (.375) scoring five runs and hitting a triple.

The New York-Penn Leauge had their All-Star game this week so the Tri-City ValleyCats played just five games.  Gabriel Bracamonte went 8-for-22 (.364), with four runs, two doubles, two triples, and four RBI in the short week.  It should be noted that ValleyCats player Jake Adams dazzled the crowd (with me in attendance) in the Home Run Derby taking the crown in front of the capacity crowd.

In this article:astros, Houston, MiLB