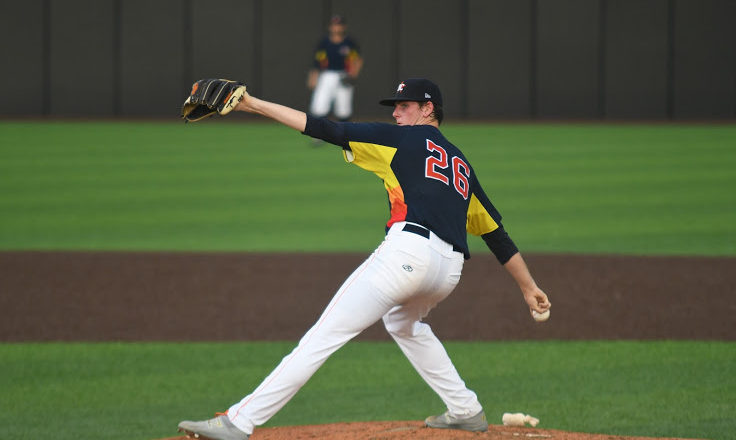 Last week Baseball America shared an article stating how Forrest Whitley has joined rare company reaching Double-A in his first full season after being drafted out of high school. Not only is this accurate, he has dominated at every minor league stop this season. Let’s take a look at how his numbers compare to the other guys on that list.

Whitley was drafted with the 17th overall pick in the 2016 MLB draft out of Heights High School in San Antonio, TX. After a solid debut in rookie ball in 2016, Whitley made his full season debut this season. He started the year with Quad Cities and had a 2.67 ERA with 21 BB/67 K in 46.1 IP. He was then promoted to Buies Creek where he had a 3.16 ERA with 9 BB/50 K in 31.1 IP. Whitley was them moved up to Corpus Christi where he pitched six shutout innings with 0 BB/11 K in his AA debut.

Oh, and this is all being done at just 19 years old. His full season line so far looks like this:

Here are the other pitchers to reach AA in their first full season and how their numbers compared to Whitley.

Obviously stats don’t tell the whole story but its interesting to see how Whitley’s stats, especially the strikeout numbers, compare to the other pitchers. Kershaw and Greinke turned into legit aces. Billingsley was a good pitcher for about an 8 year stretch and Bundy is still young (24 years old) and having a solid season for Baltimore.

Even for a first round pick, Forrest Whitley has made seen his stock blow up this season and is considered one of the best right handed pitching prospects in all of baseball. It’s still early but it appears the Astros got a steal getting him with the 17th pick. Hopefully his success continues and we see him in Houston sometime next season.

Here is a video from Baseball America on Whitley: