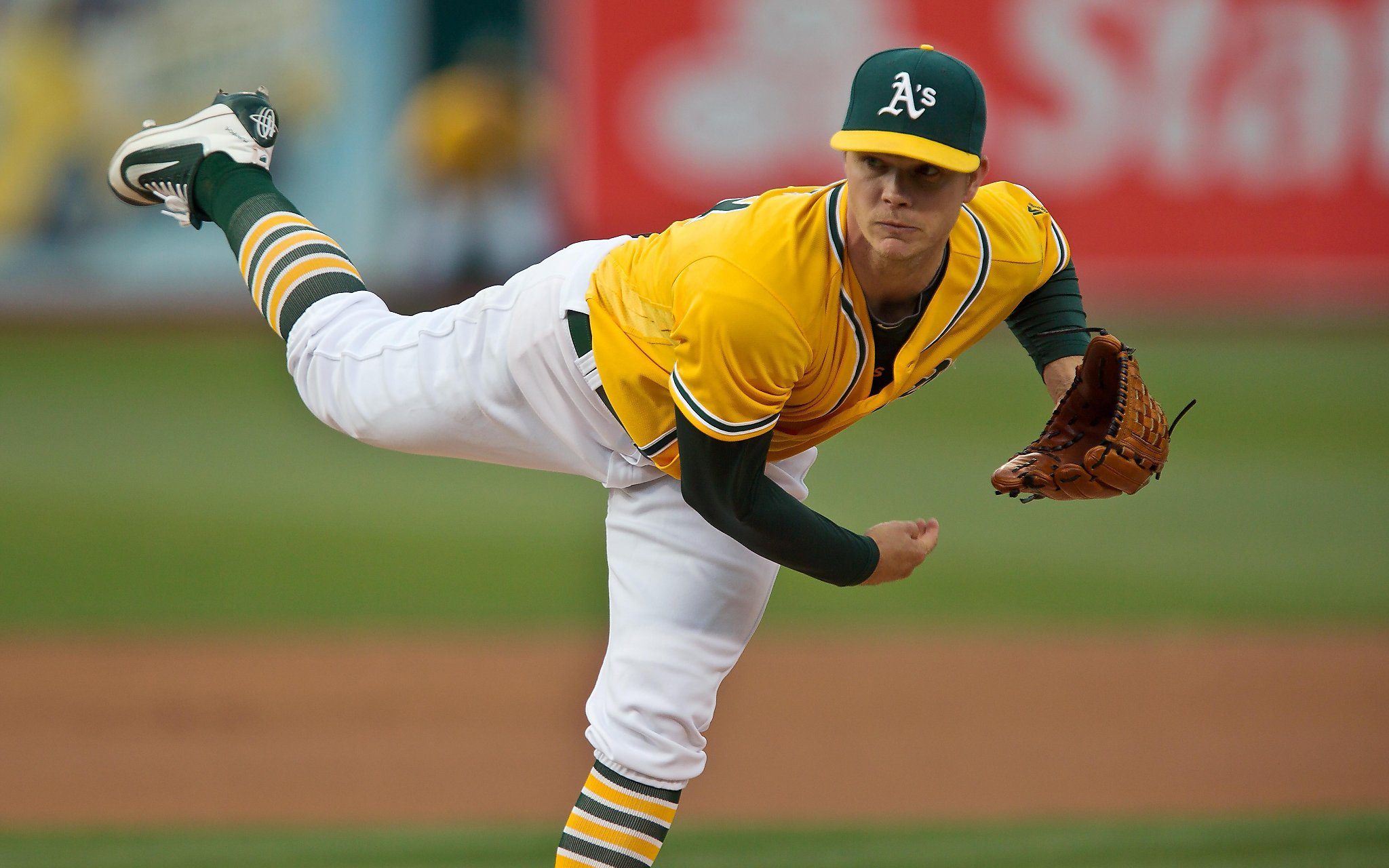 Your Houston Astros are currently rampaging the American League, the scary thing is they can still improve. The biggest areas of weakness currently are a playoff rotation caliber starting pitcher, to go behind Keuchel and McCullers, and a left handed reliever to replace Tony Sipp. Unfortunately for the Astros, most teams are still in the hunt for at least the wild card making the trade market very thin. Luckily the Astros boast a very deep farm system and can match almost any price, the only question is should they.

The best current starter on the market, Gray has been fantastic over his last 4 starts boasting a 1.33 ERA over 27 innings. While Gray has a checked injury history, when healthy he is dominant. His contract also makes him extremely valuable as he will not be a free agent till the 2020 season. While Gray may be very expensive in terms of prospects and the obvious downfall of trading within the division, he is the Astros best shot at a dominant starter for the playoff run.

The shark has had a very interesting season in San Francisco. While his record and ERA are atrocious, his advanced stats have shown he has been great. Currently sporting a 4.86 ERA but a 1.169 WHIP and a crazy 9.64 SO/BB ratio (135 Ks to only 14 walks), Samardzija looks like he may have a great second half. The Shark wouldn’t cost as much in terms of prospects but his contract is much larger going through the 2020 season and averaging 18 million a year. If the Astros see Samardzija as an upgrade, it could be a scenario where the Giants eat a significant portion of his salary to receive a bigger prospect haul.

The Pirates ace has come up in recent weeks as a possible trade candidate, but as the Pirates remain within shouting distance of both the division and wild card there is no certainty he will be available. While Cole has had an up and down year so far, he has shown in the past that he can be an absolute ace, finishing 4th in Cy young voting in 2015. Coles prospect price tag will be a gigantic price to pay but as he is only 26 and not eligible for free agency till 2020, the Astros could be willing to pay a kings ransom to bring in someone of his caliber.

The Padres All star reliever has been lights out this year, currently sporting a 2.25 ERA and a WHIP of .979. The lefty could be the perfect fit for the Astros who currently only have one left hander, Tony Sipp, in the pen. Hand will be pricy though as there are not many left handed relievers available on the market and Hand is signed through 2020. Will the Astros be willing to overpay to help an already dominant pen?

The other left handed reliever that is firmly on the trade market is the Tigers Justin Wilson. Wilson has been scary good this year for the Tigers with a 2.29 ERA and .906 WHIP. Wilson has had success against both lefties and righties and could give the Astros another late inning option. Like Hand, Wilson will be very expensive in terms of prospects and is eligible to be a free agent in 2019. The question bears repeating, will the Astros get into a bidding war for a reliever when there are more pressing needs?

One of the top closers in all of baseball, Britton has been plagued by injury this season. While the AL East is wide open, the Orioles may be enticed to sell now instead of letting their best players walk in free agency. Britton will be a free agent in 2018 and if his injury issues persist this might be the best time to get the most value out of their stud closer. Last year with a .54 ERA and a .836 WHIP, Britton finished 4th in Cy young voting. While Giles has been a solid closer, he has continues to have problems walking hitters and Britton would be an upgrade to any teams closer role. Britton will cost a ton but to be able to put a stud at the back of the pen and continuing to shorten the game has to be enticing.

The Astros get Gray to slot in after Keuchel and McCullers in the playoff rotation, giving them 3 aces and a rotation that would rival any in the league. However the price they pay is gigantic, giving three top 10 prospects in the Astros system including their #1 prospect in Kyle Tucker. The Astros are willing to pay this price solely due to Grays talent and contract which makes him extremely affordable for the next 3 years.

While the bullpen has been fantastic, the Astros get their lefty reliever to replace Tony Sipp. Hand will be a fantastic fit and makes the Astros bullpen even deeper to go along with Giles, Devenski, Harris and Gregerson. Fisher has had a great start to the season and has made his MLB debut already this season but unfortunately there is not a spot for him in the lineup this season. JD Davis is another high end prospect who has been raking in the minors but he is currently blocked by Alex Bregman.

In this article:astros, deadline, Houston, trade