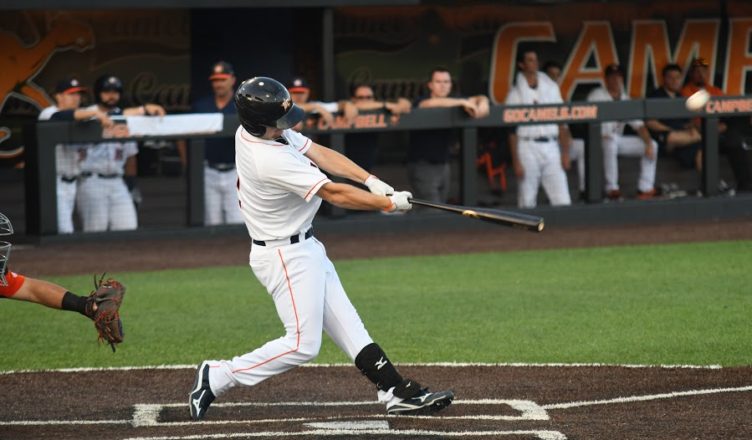 The Case For Jake Rogers

In this article, I will dive into the career outlook for Astros catching prospect Jake Rogers. I will present the case both arguing for and against Rogers being a legitimate major league prospect. Rogers is currently having a tremendous season and is overshooting many people’s projections for him. Let’s go in depth into the man that may one day be Houston’s main backstop.

Jake Rogers is currently having a mammoth season! In only 70 games played this season he has cracked 15 homers. While being drafted as a strong defensive catcher in the 3rd round of the 2016 draft out of Tulane, Rogers is becoming a complete player. What caught the Astros eye before they selected him were his: defensive skills, quick pop time, ability to call a great game, and his leadership of a pitching staff. Rogers was an extension of current Texas Longhorn head coach David Pierce during his last seasons at Tulane. Scouts raved about Rogers’ ability to play catcher after his selection. Few scouts and coaches alike had any doubts at all if Rogers could play catcher professionally. However, many scouts stuck the “future back up” or “defensive catcher” labels on Jake.

In his first full season in the minors he is quieting many of those critics. He is also making a legitimate push for being the Astros #1 catching prospect. His competition would be Garrett Stubbs who is currently playing one level higher at Double A Corpus Cristi. It appears that at age 22 Rogers’ power has begun to fully develop and he’s matured into his strong frame. 34 XBH’s in only half a season is very impressive for a catcher in just a limited number of games. Jake is actually hitting even better in High A than he hit in low A. The Astros current major league team has two solid catchers. However, McCann is probably on the back end of his career and Gattis’ ability to stay at the position and status on the team long term are both legitimate questions. There will be a need very soon on the Astros main club. Jake Rogers ability to defend so well and call a game, could help his chances of becoming the back up catcher sooner than later. Eventually becoming the apprentice to McCann.

Sample size! Jake Rogers has only been putting these type of offensive numbers up for 70 games. After his selection in 2016, in that short season he struggled offensively only hitting .233 and 3 homers. Rogers was also a below average hitter in college at Tulane also hitting .233 for his career there and only .261 his junior season before being drafted. Yes he is a defensive ace. The question is could he hit enough to stay on a major league club? Also, catching prospects are truly a crap-shoot. Astros fans do not need to look that far back in the history books to realize the truth of that statement.

Former top 15 pick and “catcher of the future” Jason Castro did not fully pan out as an Astro. And that is WITH great college hitters numbers to lean on. Also, Astro prospect nuts were in love with Jacob Nottingham a few seasons ago and were outraged when he was traded for Scott Kazmir. Fast forward two years later and Nottingham is still toiling in AA and has not yet sniffed the majors. Last but not least, Rogers has yet to advance to the true test of the minor leagues. Double A is usually the standard bearer in telling if a prospect is legitimate. At age 22, Jake Rogers has yet to play at that level.

In conclusion, the answers to the Jake Rogers debate will be answered in time. That is what is great about analyzing prospects. Everyone can have an opinion, but in time the truth will come out. I’m rooting for Jake Rogers! He seems like a great young man and could fill a future need on the Astros main club. I would advise tempered expectations, especially until Rogers starts tearing up Double A pitching.

Born and raised in Houston, TX. Now residing in Carterville, IL. Lifetime die hard Astros fan. Grew up with Biggio and Bagwell, now living the adult life with Altuve and Correa. Also host a weekly sports podcast. "Sauce on the Side" on soundcloud or find it at @TheSaucyPod on twitter.

View all posts by Cory Clouser →