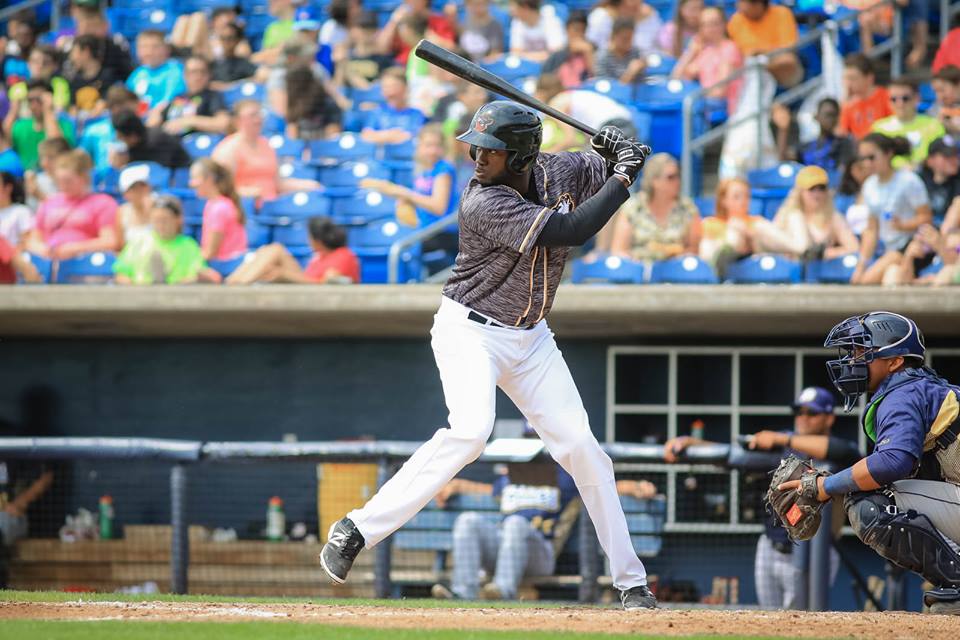 With the draft in our rearview mirror, general managers across the league are now starting to shift their focus to the July 31st MLB trade deadline. Leading up to the deadline, we will be looking back at trades that the Houston Astros have made (mostly those under current GM Jeff Luhnow) to get an idea of how they may approach the upcoming deadline. Jeff Luhnow has shown a real knack for unearthing hidden gems at the lower levels and today we will look at one of those gems….the Yordan Alvarez – Josh Fields trade.

When thinking of Yordan Alvarez, I also think of players like Francis Martes and David Paulino. These are players that, when traded for, were seen as non-significant pieces due to the fact that they were at such low levels of the minor league system. Alvarez did come with a little more hype than the other two given that the Dodgers signed him in the 2015-16 international signing period for $2 million out of Cuba; however, when he was traded to the Astros, he had not even played in a professional game yet.

Six weeks after signing with the Dodgers they shipped him to the Astros in a deadline deal that was last second (in fact, it was so last second that it was reported about an hour after the deadline had passed). No one thought much of the deal on either side. The Astros got an interesting, yet very raw prospect while the Dodgers received an arm that would give them a little bit of depth in their bullpen.

Fast-forward almost a year and this interesting prospect has burst onto the professional scene and is turning heads in the Astros organization. Currently ranked as the 14th best prospect in the Astros system, according to MLB.com, Alvarez has already slugged his way out of Low-A Quad Cities with a promotion to the High-A Buies Creek Astros. For Quad Cities he hit .360/.468/.658 with 9 HR and 33 RBI in only 32 games. Since his promotion he has slowed down a bit hitting .278/.381/.455 with 1 HR and 5 RBI but that is in a very small sample size (10 games and 33 at bats). It has been most encouraging to see that his power is translating nicely into his stats. One of the knocks on him when the Dodgers signed him was that he had the build to be a power hitter but it wasn’t showing itself on the field. With 10 home runs in only 132 combined at bats it is an encouraging sign of things to come (especially as he is still only 20 years old).

Dodgers Side of Things

As I mentioned earlier, Josh Fields was really looked at as more of a depth piece as opposed to someone who was going to be put into many high leverage situations. With that in mind, Josh Fields’ tenure with Los Angeles has been up and down. On the surface, his numbers have not looked that bad this year given that he has a 2.83 ERA, 34 K, 9 BB and 21 hits in 28.2 innings pitched. However, the Dodgers did reassign him to Triple-A Oklahoma City on June 19 after he had allowed at least one home run in four of his last five outings. Having started the season in the minors and now being reassigned there again, his role seems very similar to what it was with the Astros, good depth but not a game changer.

Any time that you can take a player that doesn’t truly have a spot on your active roster and flip him for someone that within a year ranks in the top 15 of a very deep farm system, you have to think it is a success. Jeff Luhnow and company did just that last year when acquiring Alvarez. Even more encouraging is that Alvarez probably has a good shot of cracking the top 10 in the very near future. Regardless, while this trade may not equate to the type of trades that Luhnow is going to look to make this deadline, it is trades like these that allow him the prospect capital to be able to go out and make a deal without completely emptying the farm system.

Giles to Astros
McCann to Astros

Here are some of the trade reviews from last year: