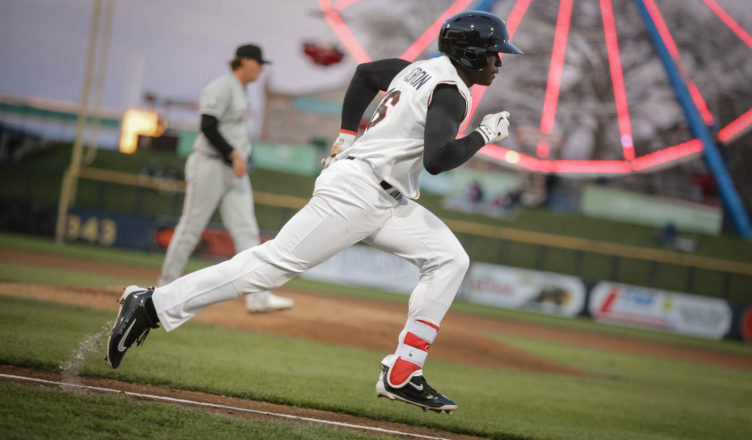 Just like the stock market, prospects’ stock will go up and down throughout the season. The trade deadline is around the corner and the last month has seen multiple players stock rise. Here is the Astros prospect stock report: volume 4.

Disclaimer – Being on the stock down part of this list does not necessarily mean the player is a bad prospect. More just noting the rough patch are experiencing this season.

Going into his senior year of high school, Daz had high hopes and was thought of as a possible #1 overall pick. He eventually fell a bit and Astros scooped him up with the 37th overall pick in 2015.  His first full season in 2016 didn’t go well as he struggled with Quad Cities and suffered an injury.  He started this year a bit slow but has been on fire for more than a month now. He is hitting .328 BA/1.032 OPS with 11 2B, 6 HR, 30 RBI over his last 32 games. His stock has definitely gone up over the last month and a half.  Take away his miserable May and he is hitting .272 this season. STOCK: Rising

Whitley was the Astros first selection in the 2016 draft (16th overall) and has seen his stock rise in his first full season. He started out the year with Quad Cities and dominated posting a 2.91 ERA with 67 K in 46.1 innings. He was eventually promoted to Buies Creek (High-A) where he has been even better. In 3 starts with Buies Creek he has a 0.57 ERA with 2 BB/24 K in 15.2 innings. Overall he has a 2.19 FIP with 13.2 K/9. He has shown off a low to mid 90s fastball (touching 96) and a cutter, slider, curve, and changeup this season. STOCK: Rising

The Astros paid a pretty penny signing Sierra to $1.5 million with 100 percent overage tax making it essentially $3 million. He made his stateside debut this season and things have not gone well. He started the season with Quad Cities and hit just .250 with a 74 wRC+ in 9 games before being promoted to Buies Creek. In 69 games with BC he is hitting .197 with a 31.0% K rate and just a 54 wRC+. For a guy who was signed to such a large deal, I think they would have expected more out of him. He is also already 23 years old. STOCK: Falling

Smith was acquired way back in 2013 when the Astros shipped out Justin Maxwell to KC. He was very good in 2014 but struggled with injuries making his comeback this year. He pitched very well for Corpus and was promoted to Fresno. While the PCL isn’t a great place to pitch, he has struggled mightily. He has appeared in 6 games and has an 8.85 ERA with 36 hits in just 20.1 innings. He is 24 years old and still plenty of time left in the season to turn it around. STOCK: Falling