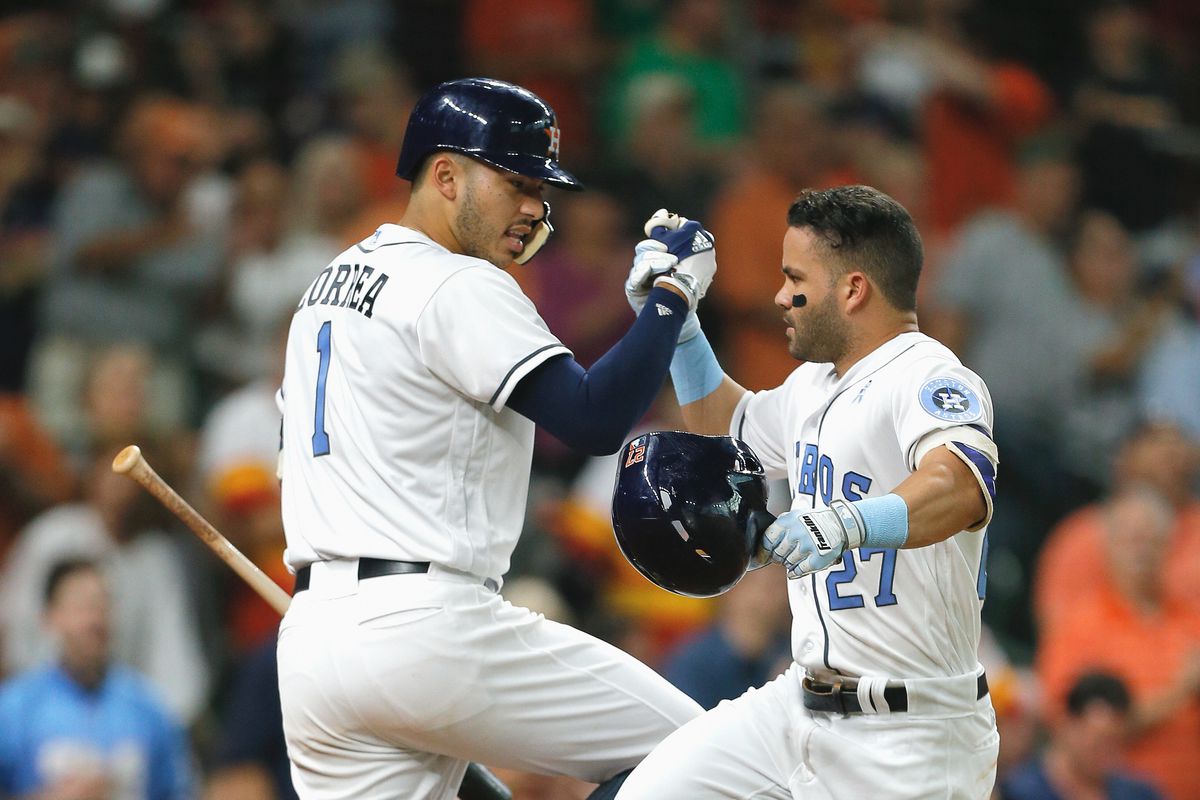 Now that we have reached the midseason classic, I thought it would be a great time to reflect on my preseason bold predictions and determine my confidence level in each of my predictions. While I may have swung and missed on one prediction; overall, I like where my mindset was five months ago.

After going a dismal 4-15 last year, it was imperative that the Astros needed to have more success against their in-state rival if they wanted to have a better chance in the divisional race. With nine games left to go in the Lone Star Series, the Astros already have three more wins than they did last year. They currently sit 7-3 versus the Rangers, and after an offseason that saw the Astros active and the Rangers mostly staying pat, it is evident that the Astros have the upper hand this season.

To me, this is more of a product of the Astros offense as opposed to the Astros’ closer. Ken Giles currently has 19 saves, which is tied for fifth in the American league. Right now Alex Colome is your leader with 25 saves. The problem is that many of the wins this year have come with a lead of more than three runs. As a result, Giles has had fewer save opportunities. In fact, despite the fact that the Astros have 13 more wins than the Rays overall, Alex Colome has 8 more save opportunities than Giles. While Giles is definitely within striking distance, the Astros’ offense may prevent him from taking over the lead.

Unfortunately, neither Francis Martes nor Joseph Musgrove have pitched exceptionally well at the major league level this year; however, they are both seen as high upside players. At this point, Jeff Luhnow does not have to press as the deadline approaches; however, I would be shocked if he did not trade for some reinforcements either in the bullpen or the starting rotation. If a starter is acquired, it will likely be a frontline starter and to do that, Luhnow and company will have to give up some solid prospects. Unless the team we trade with demands someone like Franklin Perez or Forrest Whitley, I still see Martes or Musgrove being traded.

What an amazing season it is when you have three players on one team that legitimately are in the discussion for league MVP. That is exactly what the Astros have this year with George Springer, Jose Altuve and Carlos Correa. While Springer and Correa hold the lead over Altuvein stats like homeruns and RBI’s, I still remain bullish on Jose Altuve. According to Fangraphs, Jose Altuve ranks second for position players in WAR (behind only Aaron Judge). Altuve also ranks in the top five in the A.L in batting average, on-base percentage, on-base plus slugging, runs scored, hits, total bases, doubles, singles and stolen bases. While it won’t hurt my feelings if Springer or Correa bring home the hardware, I still think this is the year for Altuve.

There is nothing that the Astros have done this year that deters me from feeling they are a favorite to win the World Series. Granted, in major league baseball, many times it is not about who the best team is but, rather, who the hottest team is. Regardless, with a record of 60-29 at the break, an amazingly potent offense, a shutdown bullpen, a starting staff led by Dallas Keuchel and Lance McCullers, and the prospect capital to go out and make our team even more dominant, the Astros are in a great spot to be able to prove that Sports Illustrated was right in crowning the Astros as the 2017 World Series champions.

In this article:astros, Houston, predictions