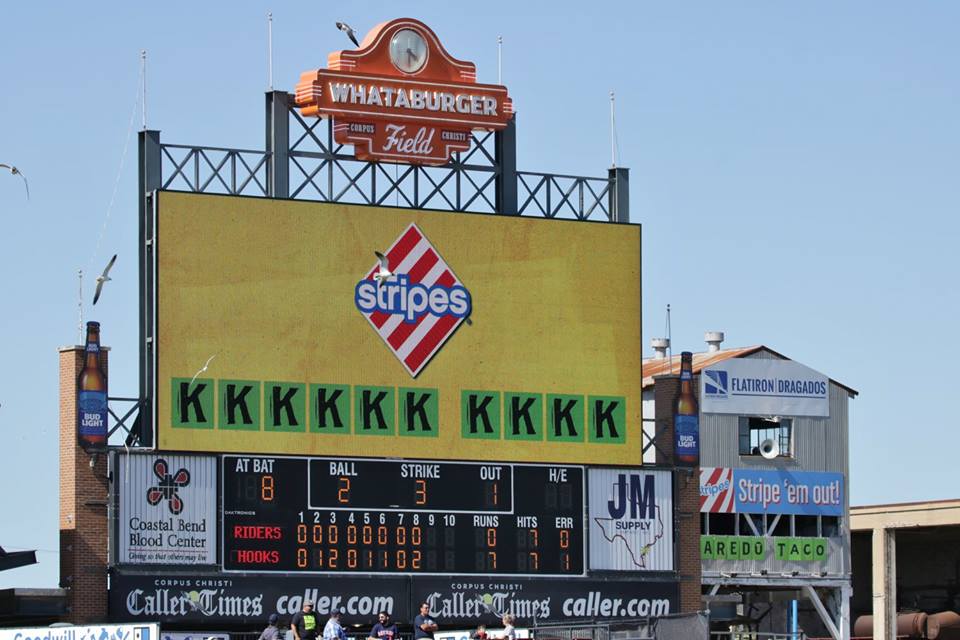 Strengths and Weaknesses of Astros’ System Heading into MLB Draft

The MLB Draft is less than a week away. We have seen how important the draft can be to developing a strong farm system and funneling talent to the MLB team. Just look at the 2012 draft. Correa and McCullers were both selected in the first round and were the hitter and pitcher of the month of May for the American League. Typically teams won’t draft for need in the MLB draft due to the players still being a few years away from contributing.

However, the draft can help diminish a potential weakness in the system. So before the draft gets rolling, let’s take a look at some of the strengths and weaknesses in the Astros’ minor league system.

Outfield – The biggest strength in the Astros system is probably in the outfield. The top five position players prospects, according to MLB.com, are outfielders. Kyle Tucker has had a great season and will probably be a top 20 prospect come mid-season. Fisher has destroyed the PCL so far and will be moving up too. The Astros have other depth pieces at Triple-A like Teoscar Hernandez, who is still only 24 years old. At Double-A the Astros have a loaded outfield with the aforementioned Tucker, Drew Ferguson, Ramon Laureano, and Jason Martin. The depth continues into High-A with Myles Straw, possible the fastest guy in the system, and Stephen Wrenn, the Astros 6th round pick last season. Even below that the Astros have intriguing guys like Dawson (2nd round pick, 2016) and Cameron (1st round pick, 2015). Gilberto Celestino is another big time outfield prospect who has yet to make his full-season debut.

Right-Handed Pitching – The right handed pitching is definitely a plus in the system, especially from a starting standpoint. This list is led by Francis Martes and David Paulino, who has pitched well for the Astros in 2 starts this year. The Astros have a few intriguing guys who have yet to be ranked in the top 30 according to MLB.com but would be in other systems such as Dean Deetz, Rogelio Armenteros, Hector Perez, Akeem Bostick, and Trent Thornton. The Astros are also loaded on the lower levels with Franklin Perez, Forrest Whitley, and Jorge Alcala, all of which are ranked in the Astros top 30. There are also some under the radar guys performing well like Carson LaRue, Yoanys Quiala, and Carlos Sierra.

Left-Handed Pitching – This position seems to be on the hardest to fill. Keuchel has made it to the MLB but outside of him, the Astros don’t have any big time left handed pitching prospects. They did sign Cuban Cionel Perez, but he is still in Low-A and the results have been mixed. There are a few other intriguing guys like Framber Valdez, Brett Adcock, and Alex Winkelman, though they are still working their way through the system and haven’t been ranked very high nationally. The Astros have a few others guys in the system such as Brian Holmes, Kent Emanuel, and Ryan Hartman. I don’t think the Astros would draft just to fix this potential weakness but there is a prospect in the draft who could be available at the Astros #15, David Peterson, who is a legit left handed pitching prospect.

Shortstop – The Astros actually have a ton of talent at the shortstop position but most have yet to make their full season debut. Many of the top shortstops in the season were international signings like Anibal Sierra, Miguelangel Sierra, Freudis Nova, and Jonathan Arauz (acquired from Phillies). Anibal is the only one playing in full season ball and he hasn’t really got it going yet. At the upper levels, the current shortstops are Antonio Nunez and Reid Brignac. Though the Astros have pushed Correa and Bregman through the system so it isn’t a pressing need as neither one of those guys should be going anywhere any time soon.