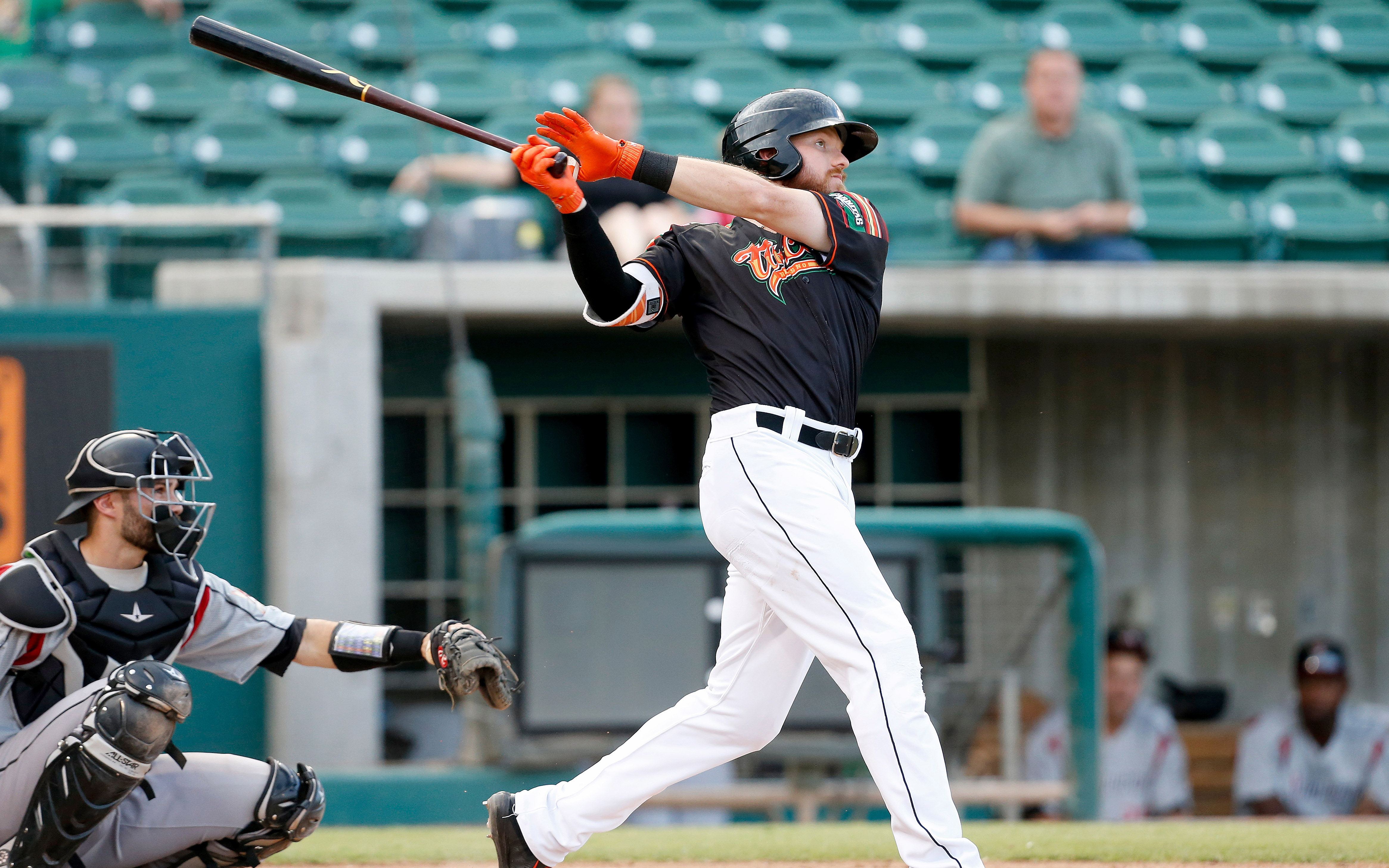 When you’re hot, your’e hot.  The Fresno Grizzlies are finding that out now after a very successful week.  One of the driving forces behind that, is the play of Derek Fisher.  There isn’t always a clear cut winner every week for this award.  This week was certainly an exception to that.  The Astros Future Player of the Week is none other than Derek Fisher.  On the week he went 13-for-25, scoring seven runs, with three doubles, four home runs, and 10 RBI for the Grizzlies.  He was also just named Astros Future Player of the Month for May.

Fisher is currently in his fourth professional season.  He was a first round draft pick of the Houston Astros back in 2014 and they haven’t regretted it.  Playing at every level possible in the minor leagues, Fisher has shown the organization that he can play.  Not only can he play every position in the outfield, he can also do plenty of damage at the plate and on the bases.

So far 2017 seems to be his most successful season yet.  He is currently hitting .338 with 14 home runs and 37 RBI.  The 14 bombs puts him second in the Pacific Coast League, and he is literally in the top 10 in most offensive categories.  Fisher is riding a seven-game hitting streak to date and has at least one hit in nine of his last 10 games.  His batting average has raised 23 points in that span as well.  He has recorded two or more RBI in his last four games and at least one in five games in a row.  If that isn’t enough, he has 4-game home run streak right now too.

You would be hard pressed to find a player in the minor leagues that is any hotter than Fisher is right now.  I don’t pretend to know what the future has in store for him and I won’t even venture a guess.  All I can say is if his play continues to trend in the way it has been so far in his young career, the Houston Astros are sitting pretty and have a gem just waiting in the wings.

Although Buies Creek struggled a bit this week, there were two players that needed mentioning.  Jake Rogers had a good week going 10-for-22 with six runs, four doubles and five RBI.  He is currently in a four-game hitting streak with three of those being multi-hit games.  Hector Perez made one start with week for Buies Creek and it was a dandy.  He collected one of the team’s two wins, and went 6.2 innings allowing no runs on just one hit with nine strikeouts.  The 20-year old righty from the Dominican Republic is 4-3 with an ERA of 2.58 on the year.  He’s also recorded 62 strikeouts in 45.1 innings.

Akeem Bostick of the Corpus Christi Hooks is finding himself streaking in the right direction.  He picked up a win this week (fifth on the season), and hasn’t allowed an earned run in his last two starts.  His teammate Kyle Smith picked up a four-inning save this week with seven strikeouts in his only appearance.

Rounding out the honorable mentions for the week is Quad Cities River Bandits Yordan Alvarez.  Alvarez went 10-for-22, with five runs, four doubles, and four RBI.  The 19-year old has a current seven-game hitting streak and is hitting .378 in his last 10 games.