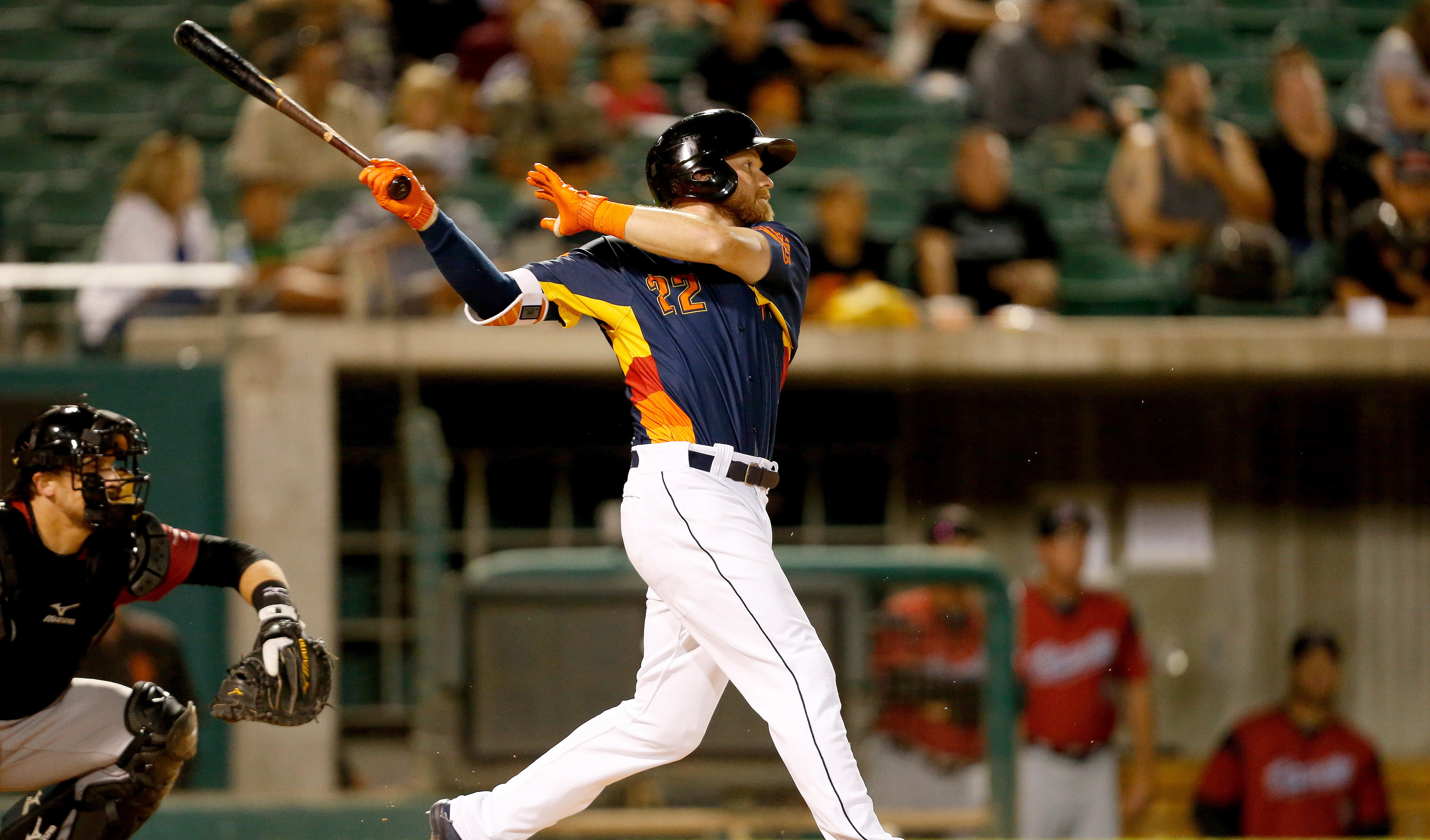 The Astros started the season very well, actually it was historically good. They have scuffled a bit recently losing 6 of their last 8. Possibly looking for a spark, and the concussion to Reddick, led the Astros to promote the hottest hitter in the system, Derek Fisher.

Fisher was drafted by the Astros in the 1st round of the 2014 draft out of the University of Virginia. He joined the Astros system and immediately was one of the most talented players with a nice power/speed combination. Fisher hit .310 in his first taste of professional ball.

In 2015, Fisher split time between Quad Cities and Lancaster hitting .275 with 22 HR, 87 RBI, 31 SB. He followed the 2015 season with a solid 2016 splitting time between AA and AAA hitting a combined .255 but had 21 HR and 28 SB. Fisher entered the season ranked as the #83 prospect in baseball by MLB.com, though there were some concerns about strikeouts.

Congrats to Derek Fisher on the call-up and go Astros!