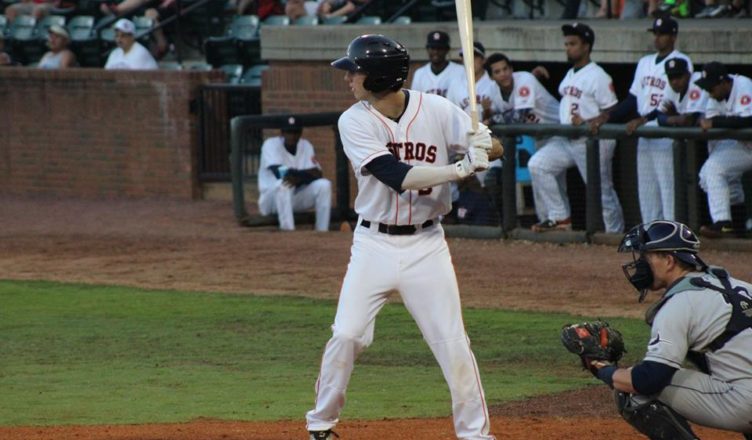 The Houston Astros have one of the deepest systems in the high levels of Minor League Baseball, and it just got deeper with the promotion of OFs Kyle Tucker and Jason Martin to Double A Corpus Christi.

Kyle Tucker was drafted 5th overall in 2015 by the Houston Astros, the same franchise that employs his brother Preston, who is currently in AAA. Tucker has been magnificent in his time in High-A Buies Creek, hitting .288/.379/.554 with 9 HR, 43 RBI, 31 R, 12 2B, 13 SB, 24 BB, and 45 K in 177 ABs while being well below the league average age. Coming into the season he was rated the #19 prospect in all of baseball and his stock has only gone up. If he is still around by next season- Houston still is shopping for a starter, to which he is a valuable commodity- he could see significant time in Houston in 2018

With Tucker and Martin being 20 and 21 years of age respectively, and the Astros holding 5 OF in Houston, they will stay patient with both, but both are players with their eyes set on Houston. If they continue to play at the same rate, The Astros will have a good problem on their hands sooner rather than later. Congrats to both Tucker and Martin on their promotions to AA Corpus Christi!