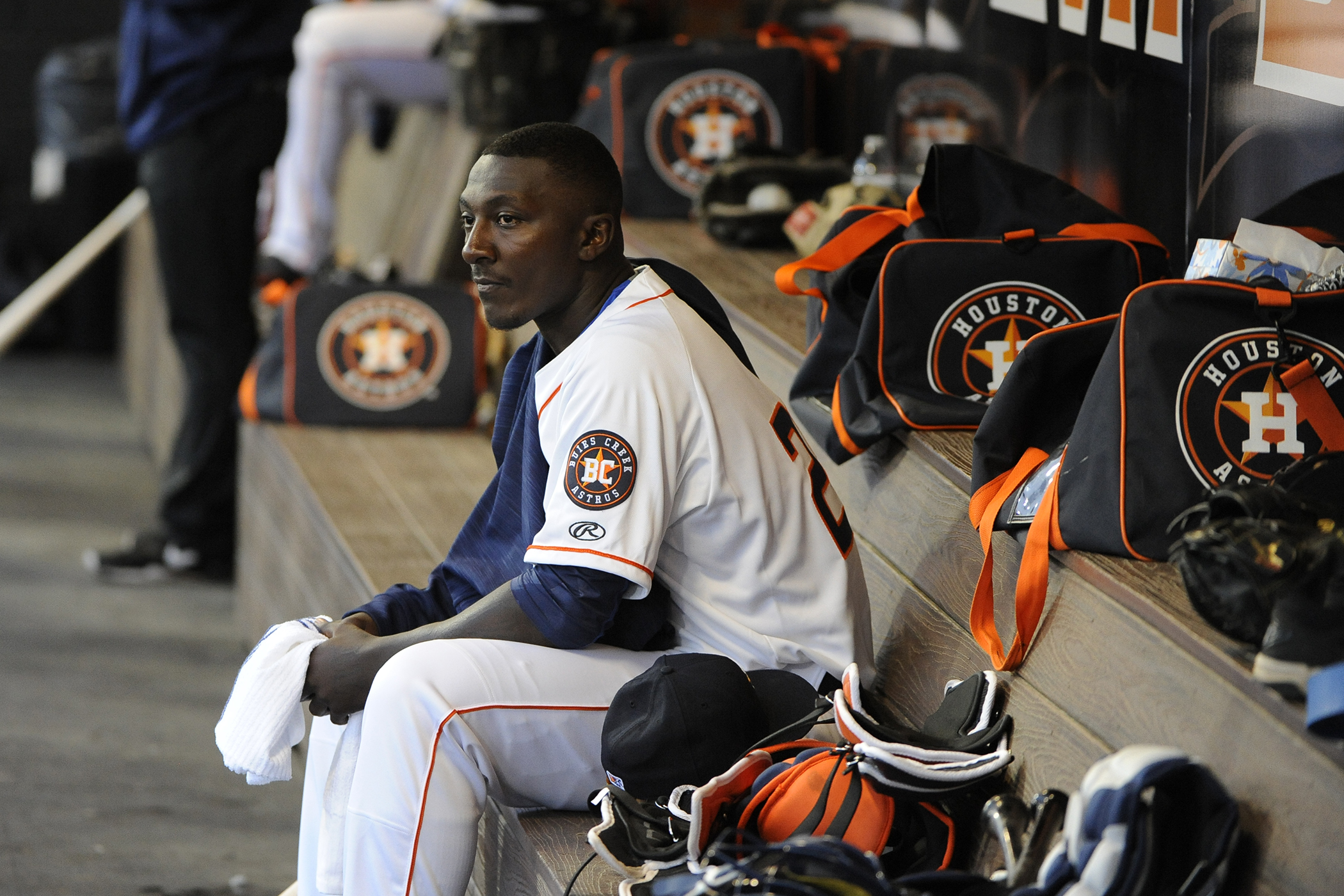 Akeem Bostick Finding His Groove in 2017

The Astros have been very successful finding diamonds in the rough over the last few years. This is evident from the acquisitions of Chris Devenski, Joe Musgrove, Francis Martes, David Paulino and many more. One guy the Astros acquired a couple years ago is coming into his own this season for the Buies Creek Astros. He is Akeem Bostick.

Now Bostick isn’t your typical “diamond in the rough” prospect. He was drafted by the Rangers in the 2nd round out of high school and was seen as a very high potential pick. But, for some reason, when the Astros traded Carlos Corporan to the Rangers for Bostick, there wasn’t much talk about it. Just taking it at face value appeared to be a steal. The Astros traded a 31 year old backup catcher for a 19 year old (at the time) pitcher who just finished his first full season a year after being a 2nd round pick. What’s not to like there?

Bostick currently has a fastball that sits 89-91 MPH and a curveball (75-77 MPH) which Bobby DeMuro noted here as his best pitch. DeMuro also noted that his slider looked solid at times, but was inconsistent.

After a couple seasons between Low-A and High-A, he was assigned to the Buies Creek Astros (High-A) in 2017 and is off to a nice start. Through 3 outings (2 starts), Bostick has a 0.00 ERA in 14.2 IP with 4 BB/13 K and allowed just 5 hits. I asked Bostick what his goal was this off-season and he replied “My main goal was developing my slider, splitter and cutter that recently were added to my arsenal towards the end of the season last year. Basically maintaining velocity with those pitches and getting that good late movement and bite to them.”

Most of Bostick’s struggles the last year or two have been in the hitter friendly confines of the California League where he allowed 80 ER in 133 innings pitched. I asked him about the adjustment between the California League to the Carolina League this year and he said “The adjustment from the Cal league wasn’t that big of an adjustment because pitching here is like throwing in any stadium as you go higher up the charts I imagine. As I pitch here in the Carolina league it’s easier to attack guys because you don’t have to worry about a terrible outcome if you make a slight mistake in location.” 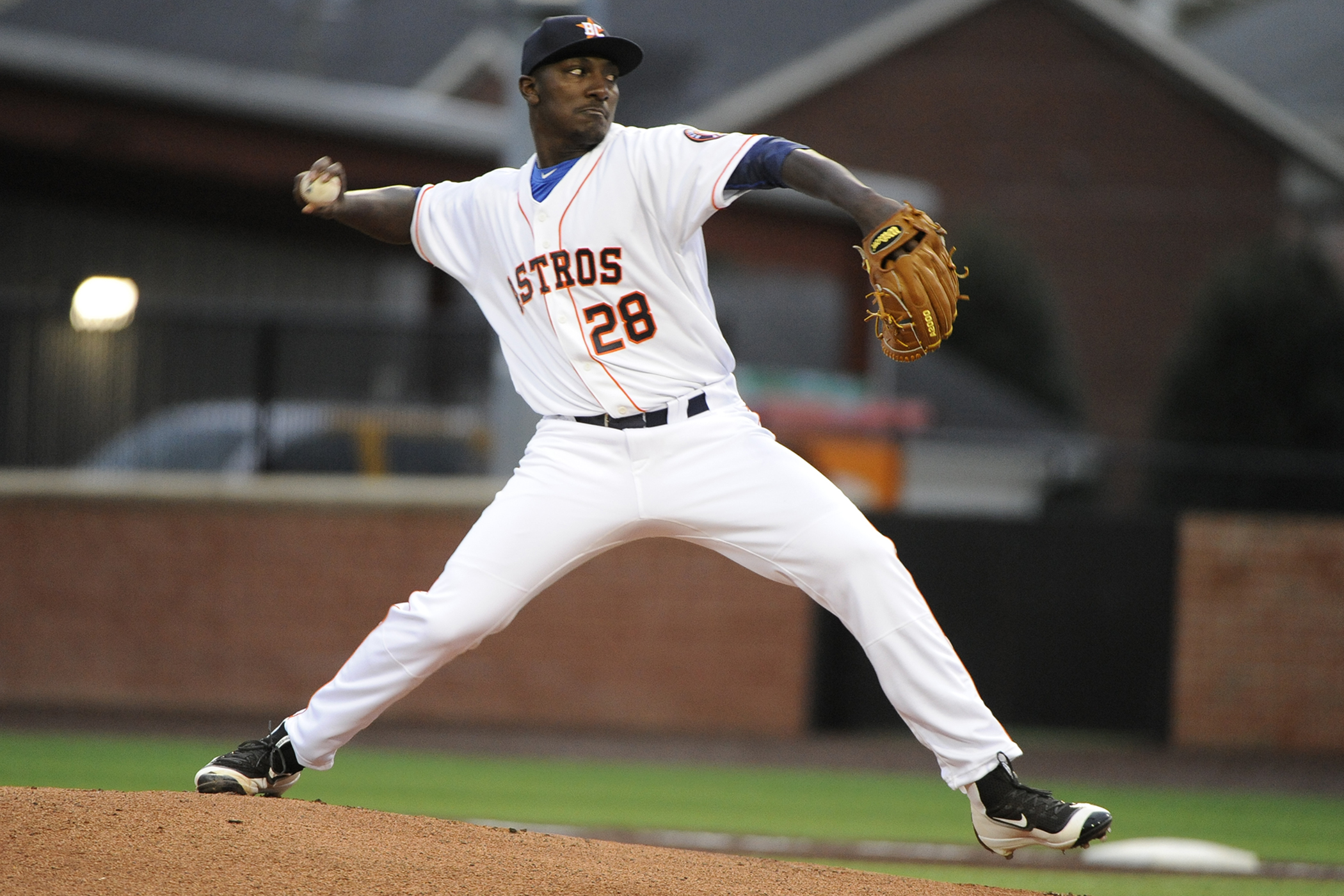 “In the Cal league you can throw bastard pitches and guys can get just enough to pop it up in the air and that pitch was bound to get out of the ball park,” Bostick said. “Here you just throw strikes and let your guys make plays for you. Mentally you don’t have to be too cautious executing a 2 strike pitch. Because if you do make a mistake they still have to hit the ball well to do damage.”

We also talked about what has led to his early success this season. “The thing I feel that has led to my success is basically trusting the pitches I have in my arsenal and being on the same page as my catchers at all times throughout the game,” Bostick said. “My defense is playing well behind me as well so as long as I’m on the same page with my catcher and executing pitches to somewhat the correct location I do believe that my fielders are gonna show up and make the plays I need them to make as they have so far!”

As most know, minor league pitchers and players are always working. Hitting the weights, adding a new pitch, etc. When I asked about his pitches he said, “splitter, cutter and slider and the newest pitches to my arsenal. Just trying to develop them more and more each week by pitching with the same intent as my fastball.”

Buies Creek is off to a hot start and while Bostick hasn’t allowed an earned run all season long, he was sure to mention the offensive impact on the team, “Also it makes it easier for me to go out there and attack when my guys are swinging the bats as well as they have been!”

Bostick is off to a nice start in the 2017 season and hopefully he will maintain his success. Nice to know the Astros were able to find a potential diamond in the rough for a backup catcher. Good luck the rest of the season, Akeem!