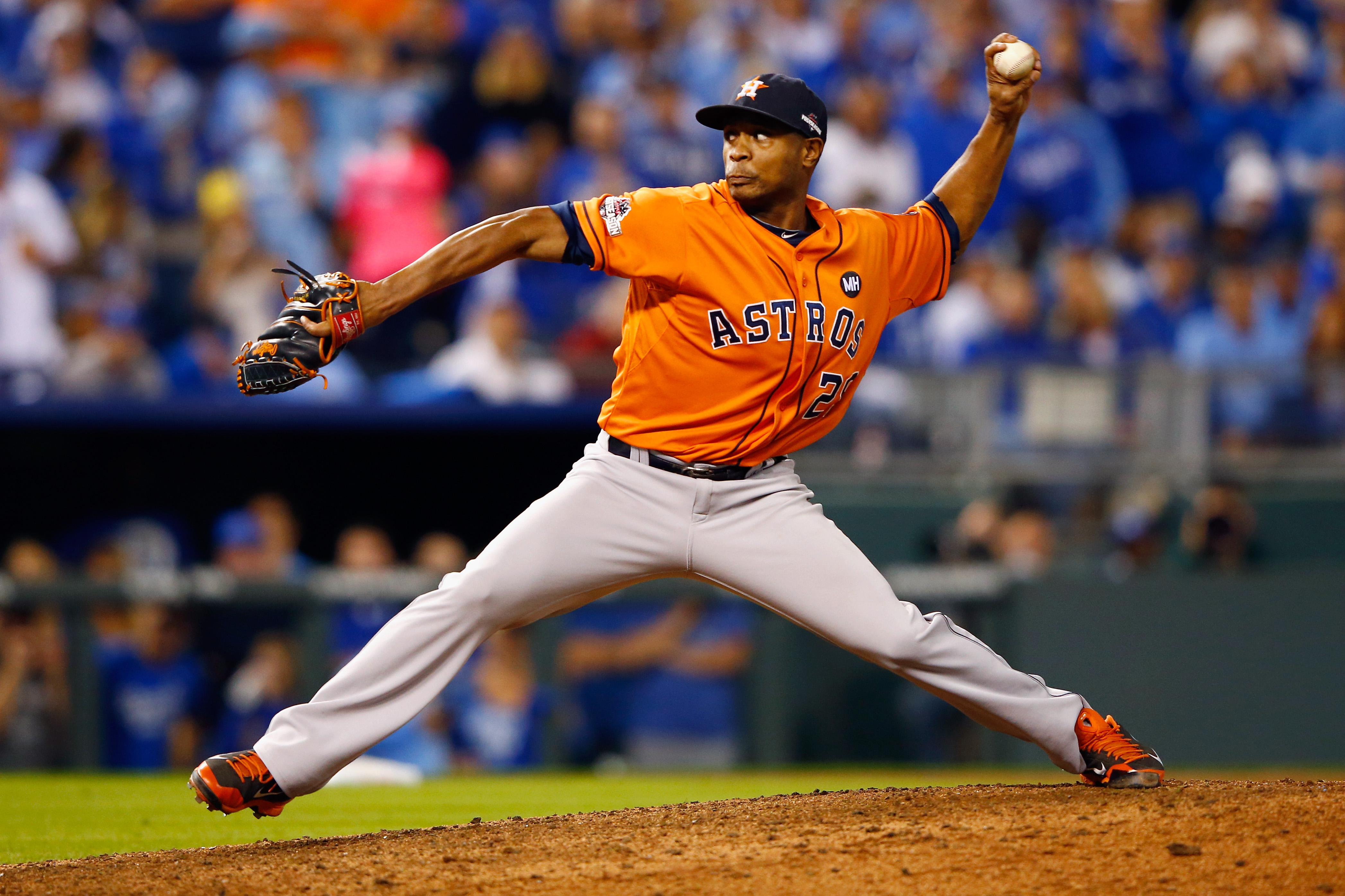 Astros during game five of the American League Divison Series at Kauffman Stadium on October 14, 2015 in Kansas City, Missouri.

Is Lack of Lefty Relievers a Concern for Astros?

Going into today, there is only one spot open in the Astros’ bullpen, and either James Hoyt or Jandel Gustave will likely fill that spot. With the bullpen mostly set, the question becomes, is the lack of lefty relievers a concern for the Astros?

In an organization that has aspirations of a World Series, the only lefty is Tony Sipp, who was largely disappointing last year after signing a 3 year, 18 million dollar contract prior to the 2016 season.   Last year, Tony Sipp pitched in 60 games to a 1-2 record, 4.95 ERA, 1.60 WHIP, and 40 K’s in 43.2 innings pitched.   This was not exactly inspiring after rewarding Sipp with such a large contract. It initially appeared as if another lefty would be a focus of Jeff Luhnow this offseason, but no deal ever seemed right which, once again, leaves Sipp as the lone lefty in the Astros bullpen.

In reality, though, I argue that the Astros should buck the traditional matchup convention and feel comfortable with what should still be a stacked bullpen, even against lefties. In fact, let’s look at how our current bullpen did against lefties last year:

Yes, that is right, of all of the right handed relievers projected to be in the Astros bullpen at the beginning of this season, every single one of them pitched better against lefties than the one lefty we actually have. Now, I understand that many may argue why keep Sipp then, but the goal is for him to get back to the 2015 Sipp, who pitched to a line of .227 AVG Against, 1.17 WHIP, 24 K vs. 8 BB with 1 HR.

On a side note, if you look at the statistics against lefties between Hoyt and Gustave, this is why I feel like Hoyt will win the final bullpen position. With a devastating splitter that is very effective against lefties, he gives another solid option for A.J. Hinch.

In the meantime, though, I don’t feel like it should be an overwhelming concern of the club not having a dominating lefty specialist. While it would be nice to have an Andrew Miller type player that can hold lefties to a ridiculous .139 batting average, the Astros have a stacked bullpen that can be effective versus both lefties and righties. And if Tony Sipp can return closer to his 2015 form, it may go from a really solid bullpen to one of the best in the big leagues.