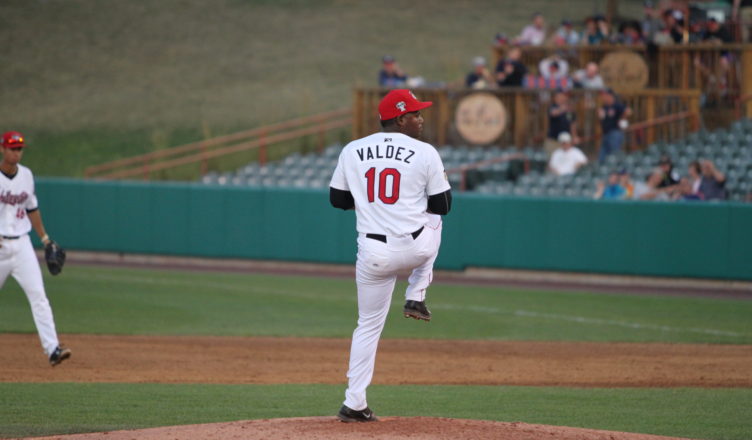 This week we continue the top three prospects at each position with a look at left handed pitchers. If there was one area where the Astros may lack depth, it would be LHP, though with a recent signing they could be on the rise.

Perez originally agreed to a deal with the Astros worth $5.15 million but the deal was voided due to a physical. Perez was later signed for $2 million. Perez is just another prospect from Cuba making the move to the MiLB. Perez possesses a low to mid 90s fastball. MLB Pipeline notes that he has a slider and curveball, which sometimes mix together but has the makings off a plus pitch. He also has a changeup that shows potential. He has very advanced pitchability that should help him move through the system quickly. The only knock on him right now is his size (5’11”).

Valdez was signed by the Astros in March 2015. It didn’t take him long to debut as he tossed 36.2 innings for the DSL Astros that same summer. Valdez started the 2016 season in Greeneville where he had a 1.69 ERA with 15 K in 10.2 IP. He was promoted to Tri-City where he continued to pitch well with 28 K in 21.2 IP and a 3.74 ERA. He continued the climb moving to Quad Cities posting a 3.06 ERA with 35 K in 35.1 IP. He finished the season making one start for Lancaster. He has a low to mid 90s 2 seam fastball which helps generate a ton of ground balls. He also has a good curveball and changeup. He will be 23 in 2017 and I expect him to move fast.

Adcock was drafted by the Astros in the 4th round of the 2016 draft. Adcock only pitched in 4.1 innings before injuring himself fielding a bunt. Unfortunately, this cost him the remainder of the season. Adcock had a very good college career with the University of Michigan. In his junior season he had a 3.22 ERA with 100 K in 78.1 IP, though he walked 62. Adcock has a low 90s fastball with a slider and plus curveball.