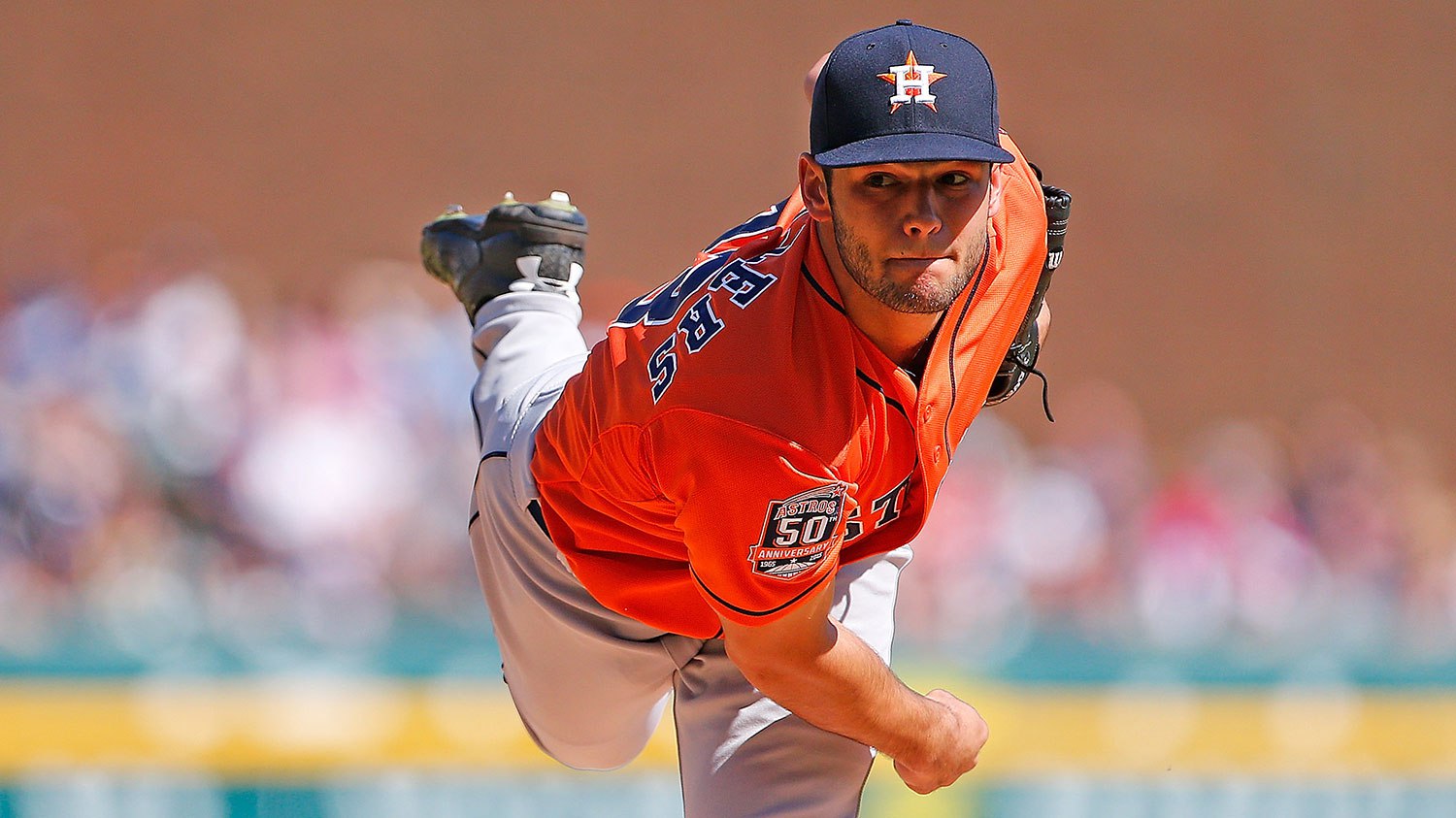 Lance McCullers has pitched in parts of two seasons with the Astros in the last two years, but some numbers are pointing at him having a big 2017 season.

First and foremost, let’s talk about the injury concern. The most important thing for him in 2017 will be staying healthy. Last year he started the season on the DL with a shoulder problem but was able to come back in May and rack up 106 K in 81 innings before suffering an injury to his elbow. This injury caused McCullers to miss the rest of the 2016 season but, fortunately, he didn’t have to have surgery. All reports indicate he is healthy and ready for the season. Just yesterday he posted on Twitter and Instragram that his first bullpen session was “in the books” (good sign).

So with McCullers’ ground ball percentage jumping way up, his flyball percentage dropped from 31.8% in 2015 to just 21.1% in 2016. His HR/FB ratio actually went up to 11.9%, though that isn’t terribly high. The league average is around 10% so he is just a bit on the high side. His soft, medium, and hard hit rates were close to his rookie season with his medium going up a bit and hard hit going down a bit. Just for comparison, he allowed a lower percentage of hard hit balls than the Mets’ ace, Noah Syndergaard.

Another incredible stat to look at is McCullers’ BABIP (batting average on balls in play). So this looks at the batting average of balls put in play against Lance McCullers. According to Baseball Prospectus, the league average BABIP for a modern day pitcher is around .300. In 2016, Lance McCullers allowed an astonishing .383 BABIP.  This was easily the highest mark in the MLB with Blake Snell being a distant second (.356). The difference between McCullers and Snell (.027) was the same difference between Snell and the 25th highest BABIP in 2016. Just for comparison, D.J. LeMahieu (who won the MLB batting title with a .348 BA) had a .388 BABIP in his 2016 season.

In his rookie season, his BABIP was only .288. With his hard hit rate and line drive rate being fairly low, one could chalk this up to a season of bad luck. If McCullers gets this number down to around league average, or even a little above, his overall numbers should improve dramatically. Keep in mind, BABIP and HR/FB, are thought to be out of a pitcher’s control and can vary year to year.

Now all these statistics are just numbers, and what truly matters in the outcome on the field. With that said, looking at these numbers can paint an optimistic picture for Lance McCullers in 2017. As stated in one of the first paragraphs, the most important thing for Lance this year will be to stay healthy, and if he does, he could make a move from a good pitcher to a potential Cy Young candidate.

Here is a link to Lance McCullers’ fangraph page.