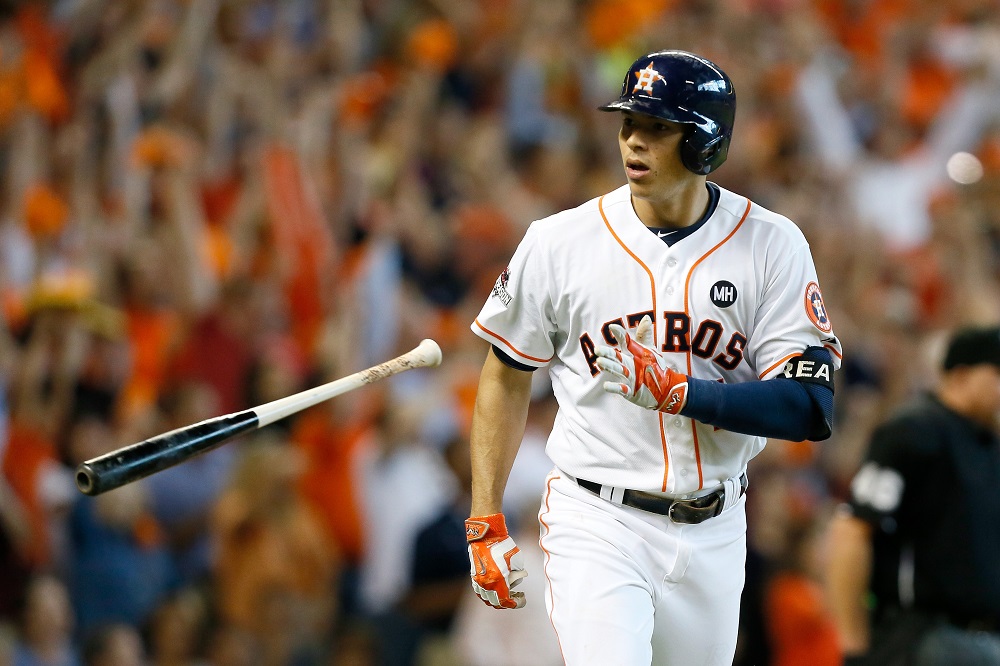 Astros during game four of the American League Divison Series at Minute Maid Park on October 12, 2015 in Houston, Texas.

Listed here are some good articles for all Astros fans to check out as you drink your coffee and eat your breakfast. Pitchers and catchers report in less than two weeks!

Here are some articles to take a look at!

When will the Astros break through?
Beyond the Box Score takes a look at the Astros the core they developed. The writer notes the additions made and tries to determine if the Astros are ready to be perennial contenders.

The Astros Have a Completely New Look
Jeff Sullivan of Fangraphs follows up on Petriello’s article and shows how the projections systems project Astros lineup to be one of the highest scoring, but also one with the highest contact. A large contrast from previous seasons.

Astros Plan to Use Bounty To Add Pitching
Bob Nightengale of USA Today Sports says the Astros will use the bounty received from the Cardinals (draft picks) to add starting pitching.

Will Harris Agrees to Two Year Deal with Astros
The Astros were unable to come to an agreement early in the off-season to avoid arbitration, but before the hearing, were able to land a deal with relief pitcher, Will Harris.

In this article:astros, fangraphs, Houston, links