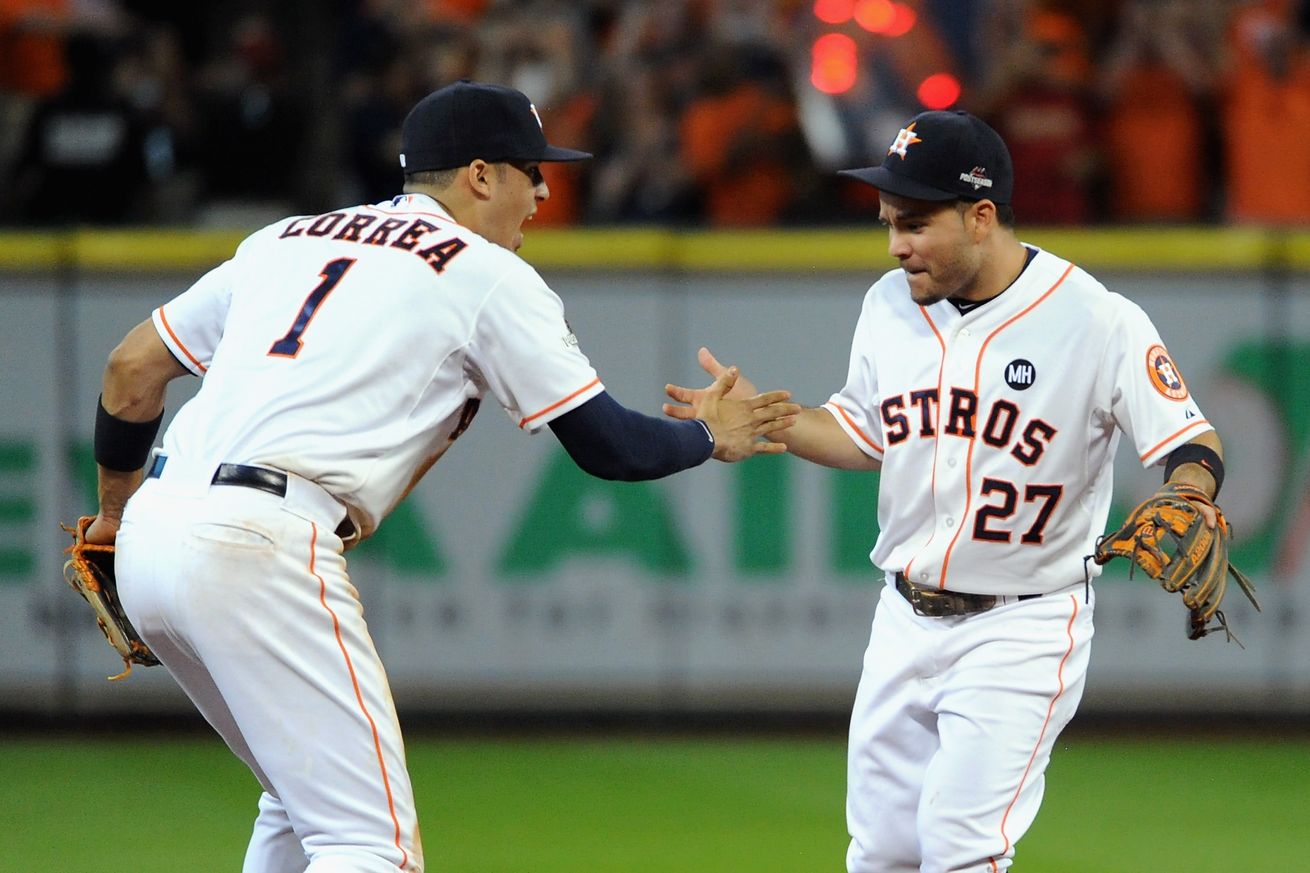 6 Bold Predictions for the Astros in 2017

Hope springs eternal.  This is a saying found around a lot of major league camps right now.  Everyone is 0-0 and everyone feels like their team has a chance.  Spring allows organizations and fans to look at returning stars, free agent additions and prized prospects participating in major league camps.  It allows us to feel optimism about our club, even if realistically our club has very little chance at success.  For most of a decade, this held true for the Astros.

The only excitement was about rebuilding the club and much of the focus was on the prospects as opposed to the club itself.  That changed two years ago when the Astros made a surprise run into the playoffs, and almost to the World Series.  After a disappointing season last year, the hope is back for the Astros after a series of moves this offseason brought in veterans like Carlos Beltran, Brian McCann, Josh Reddick and Nori Aoki.  With all of this hope, it has me filled with excitement and confidence about this season, leading to some pretty bold predictions:

1. Astros will win the Lone Star Series against their rival, the Texas Rangers.

Last year, the Astros went a dismal 4-15 against the Texas Rangers, which went a long ways towards influencing their inability to not only win the division, but to even make the postseason at all.  Had they finished just one game over .500 against the Rangers (8-7), they would have done both.  With a much improved offense, along with a Rangers team that stood pat for the most part (with the exception of adding Napoli), the Astros should be able to overtake their in-state foes to not only win the Silver Boot, but to win the division as well.

I am a fan of Yulieski Gurriel, but I also predict that AJ Reed is going to force Hinch’s hand into putting him into the lineup. Many people have written Reed off after a rough 2016; however, I think the best is yet to come.  For instance, look at these two sets of stats:

The two stat lines are eerily similar, right?  Well, in this case, player X is Anthony Rizzo, who compiled this stat line in his first callup to the big leagues when he was a rookie with the San Diego Padres.  Player Y is AJ Reed and his stats from 2016.  Now, is this to say that AJ Reed is going to turn into Anthony Rizzo 2.0?  No, not necessarily.  What this does indicate is that it is entirely way too early to write off Reed yet and if he has a good spring training, he may get his shot to prove that he can be the Astros’ first baseman for years to come. Here is more on the Reed/Rizzo comparison.

3. Ken Giles will lead the league in saves

When it comes to saves, often times the leader is based more off of the team one plays for then the actual player himself.  For instance, a team that wins 95 games is likely going to have more opportunities for saves than a team that only wins 70 games.  In the case of Ken Giles, it may be a combination of both a solid team and a solid closer.  While it was a pretty inconsistent season for the Astros’ major offseason addition from last year, Ken Giles also showed his dominance at times.  He struck out 102 batters in 65.2 innings for a K/9 rate of 13.98.

Giles seemed to have some difficulty in adjusting to multiple roles (he started the season as a setup man) as well as some bad luck (his BABIP was a career high .349); however, he has come into the 2017 spring training knowing he is the closer.  If his slider continues to be a relatively unhittable pitch and if he can locate the fastball a little better, he could be in for a big season.  Jimmy Price just published an article on how Giles will dominate in 2017.

The amount of wins the Astros should get will also help his save opportunities.  PECOTA has the Astros pegged at a league high 93 wins this season.  With an uptick in wins for the Astros, coupled with a more consistent Giles, he could be on his way to leading the league in saves.

4. Either Francis Martes or Joseph Musgrove will be with a new organization before the season is over

This is the prediction that makes me both happy and sad.  I am a huge fan of both of these players and can envision them as future ones or twos in most any starting rotation.  Unfortunately, for the same reason that I like them is why other teams like them, too.  With that in mind, I would be shocked if the Astros do not make a move sometime between now and the July 31 non-waiver deadline.

The Astros are really good on paper and should have a great chance of making the postseason.  However, after a disappointing 2016, Jeff Luhnow and company know that this is not something that can simply be assumed; rather, they have to always be on the lookout for ways to make the team better because, if they don’t, another may go right by them.  While I think the Astros are the team to beat in the AL West, Luhnow knows he cannot dismiss teams like the Mariners and Rangers.  While a lot can change between now and July 31, I still anticipate a proven starter being brought in and, in order for that to happen, a very valuable prospect (or prospects) has to be headed out.  That brings us back to Martes and Musgrove.  I would be shocked if any deal for a major addition did not include one of these two.

As long as there is a guy by the name of Mike Trout in the AL, it will always be tough for Altuve to win the MVP, but given his rare combination of contact (.338 AVG), power (24 HR), scoring ability (108 runs), speed (30 stolen bases), and run production (96 RBI), Altuve will always be in the conversation.  At just 26 years old, Altuve has the work ethic and the desire to continue to get better.  Also, in an offense that is deeper 1-9 then it has been in years, his numbers may improve simply as a matter of circumstance.  While he will certainly have competition, if he can remain healthy, I think this is the year that Altuve brings home the hardware.

Obviously, I wouldn’t truly be a fan if I didn’t think that this was the year for the Astros, but on paper, the Astros look just as good as anyone from the American League to make the postseason.  In baseball, that is all you can hope for…make the postseason.  Due to the nature of the game, the best team doesn’t always win the World Series.  It is less about who the best team is and more about who is playing the best.  Last year was probably an exception as I truly felt the Cubs were probably the best team, but most years it is just about getting in and then hoping things swing your way.  With a revamped offense, a solid pitching staff, and a deep minor league system that will allow Luhnow to retool where needed, I like the chances of the Astros getting into the postseason and from there, the Astros have just as good of a chance as anyone of winning.  And heck, I think those guys over at Sports Illustrated were pretty smart a few years ago when they predicted, much like I am, that 2017 is the Year of the Astros!