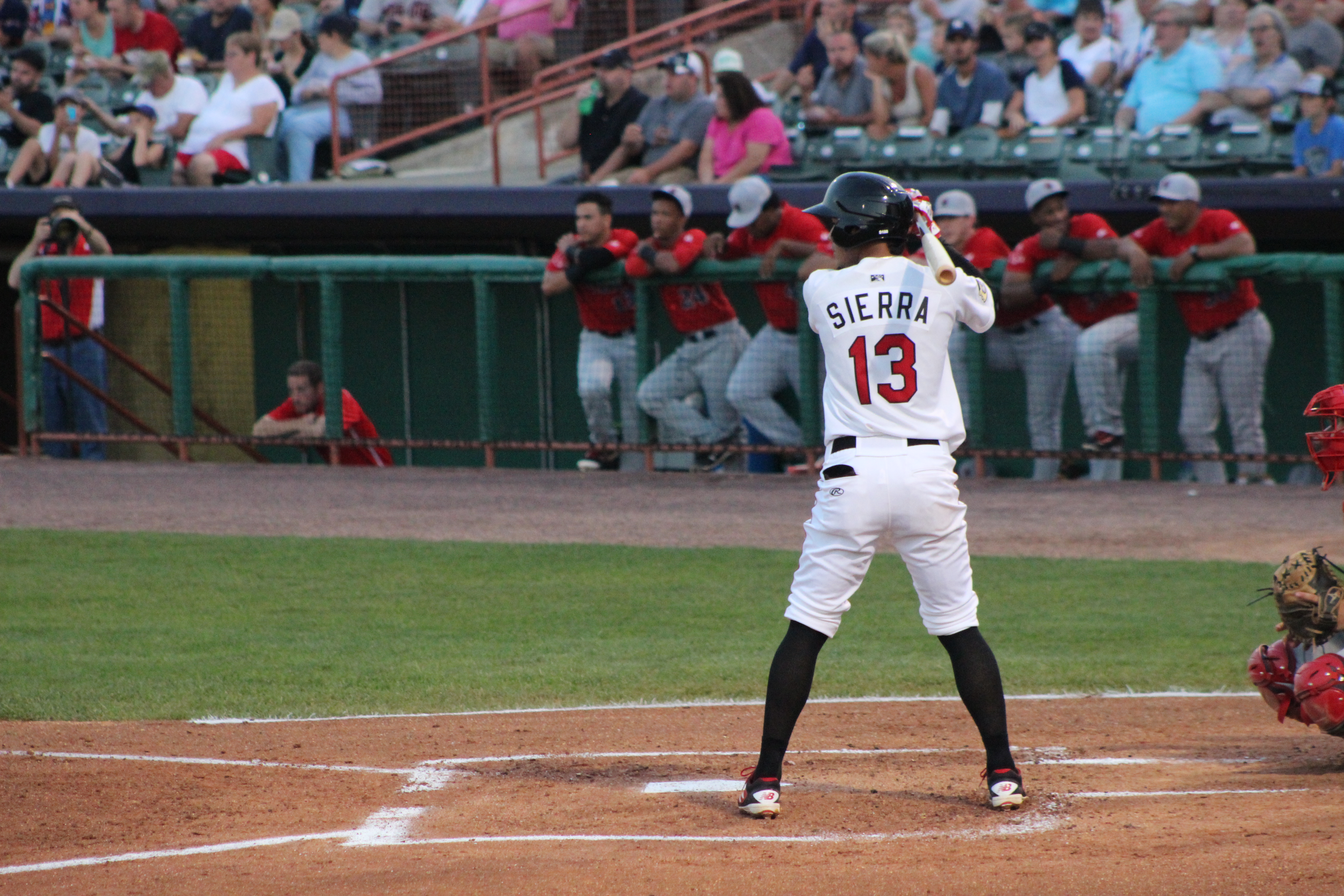 This week we continue the top three prospects at each position with a look at the shortstop position. As was the case with second base, I will stick to guys who played primarily shortstop. Some of these guys may end up moving off the position but for now they will be on the shortstop list. This might have been the hardest position to rank.

Sierra was signed by the Astros out of Venezuela for $1,000,000 in 2014. He made his big screen debut when he appeared in the Jose Altuve documentary that aired prior to 2015. Sierra stands at 5’11” and listed at 165 lbs. He made his Astros debut in 2015 splitting time between DSL and GCL Astros. In 2016, he started the season with Greeneville and showed off some of his tools. In just 31 games with Greeneville he slugged .620 with 11 HR. He was then promoted to Tri-City where he struggled a bit, though he was 3.1 years younger than the average player in the NYPL. Scouts note he has a very quick first step and soft hands, leading many to believe he will be a plus defender at shortstop. At the plate, he shows good pop for his size but needs to work on his pitch recognition. He still has a ways to go but has as much upside as any middle infielder in the Astros system.

Arauz was acquired by the Astros in the trade that brought Ken Giles to Houston. He is very young, just 17 in 2016, but has already played two seasons stateside. While he doesn’t have a tool that really stands out, his tools across the board rank out at least average. He is a switch hitter with good bat speed and a line drive approach. At just 16 years old he made his stateside debut (with Phillies) hitting .254 in 44 games in the GCL. In 2016 he played with Greeneville and hit .249 in 53 games. He is a very good defender as well. He is listed at 6’0″ and 150 lbs but should be able to add more weight and strength as he matures. Its possible he makes his full season debut with Quad Cities in 2017 at just 18 years old.

Nova was originally agreed to sign with the Marlins for $2.5 million but tested positive for steroids causing Miami to back out. The Astros swooped in and were able to sign him for $1.2 million. This isn’t the first time the Astros signed a prospect after failing a test, they signed Michael Feliz for just $400,000 after he had a positive drug test. According to MLB.com, he has drawn comparisons to Hanley Ramirez and Edgar Renteria. Scouts note that he has the potential to hit for average and power with a quick stroke. Nova also has plus speed and arm strength. He has yet to make his Astros debut but hopefully will in 2017. He will be just 17 years old all season long. He has a ton of upside and once he gets some game action we should be able to get more information on him.

Osvaldo Duarte (A+) – Just like the first three shortstops listed, Duarte is filled with upside. He has plus speed and the ability to play both shortstop and center field. He is a line drive hitter who started to show some pop in 2016. In 76 games with Quad Cities he hit .272 with 20 2B, 7 3B, 3 HR. He was promoted to Lancaster where he hit another 7 HR. He has some swing and miss in his game but just turned 21 years old.

Anibal Sierra (Rookie) – Another international signing, the Astros signed Sierra for $1.5 million in 2016. He has a quick bat and solid raw power for a middle infielder. He played this season with the DSL Astros, thought he was older for the league (22). He did hit .316 with a .465 OBP in 23 games. He will be 23 in 2017 and I expect the Astros to be fairly aggressive with him given his age and bonus amount.