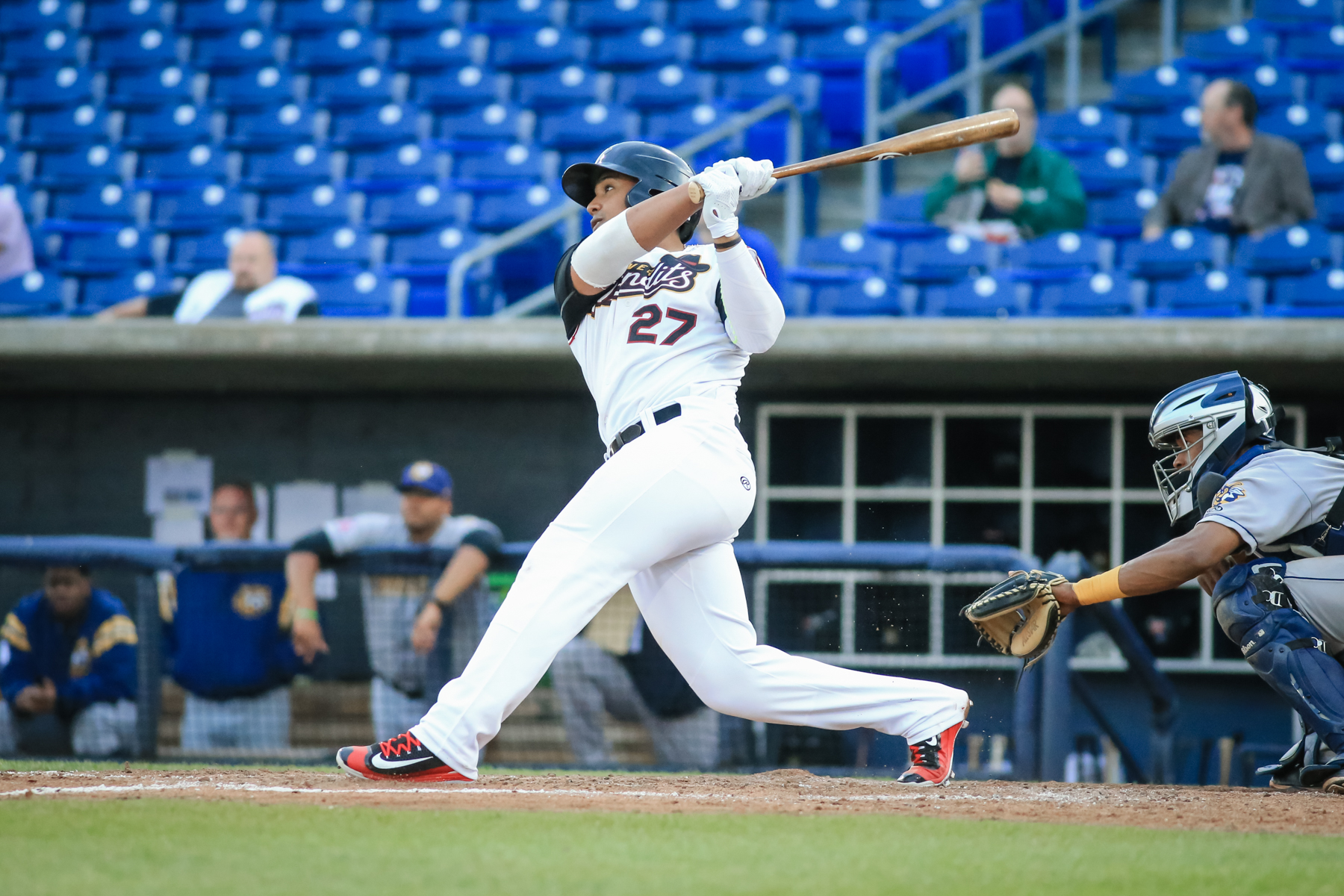 This week I continue the top three prospects at each position with a look at the first base position. While it lacks the high upside like in the past (Singleton, Reed), there are still a number of talented players at this position.

Alvarez was just signed by the Dodgers as an international free agent for $2 million on June 16th of this year. The Cuban prospect was seen as a potential high reward player. Alvarez has a strong, lean build and some scouts have noted that he is now up to 6’5″ and 220 lbs. He has a simple left handed swing but doesn’t generate much power yet due to his swing path. Scouts say that he flashes average to above average power at workouts, it just hasn’t shown up in the game. He is a good athlete that could play in the outfield. His most recent playing time came with Las Tunas in Cuba in which he .351 with 1 HR, 17 RBI, 8 BB/10 K in 111 at bats (2014). This season, in limited time in the DSL, he hit .341 with 12 BB/7 SO. It will be interesting to see where he starts next season.

Muniz is another late round success story in the Astros system. The right handed hitter was selected in the 22nd round of the 2014 draft and has played well at every level. In 2015 he played between Tri-City and Quad Cities hitting .288 with 22 2B and 6 HR in 74 games. Muniz played the entire 2016 season with Lancaster and continued to show the ability to put the bat on the ball. He hit .274 with .336 OBP and 13 HR. He doesn’t have a ton of power but makes contact and has shown the ability to hit for average.

The Astros keep having success drafting in the late rounds. McCall was drafted in the 31st round of 2014. He has a solid 2015 season with Tri-City hitting .295 with a .776 OPS. McCall played the 2016 season with Quad Cities and was one of the more consistent performers. He finished hitting .286 with 21 2B and 9 HR. He has shown the ability to hit for average and should show more power. He will only be 23 years old in 2017.

Connor MacDonald (Rookie) – MacDonald was signed by the Astros out of Australia at just 16 years old. He made his Astros debut in 2014 when he played in the DSL hitting .328 in 35 games. This season MacDonald played with the Greeneville Astros (rookie league) and he hit .267 with 6 HR, 22 RBI. He is 6’5″ and 200 lbs so should develop more power. He will be 21 next season.