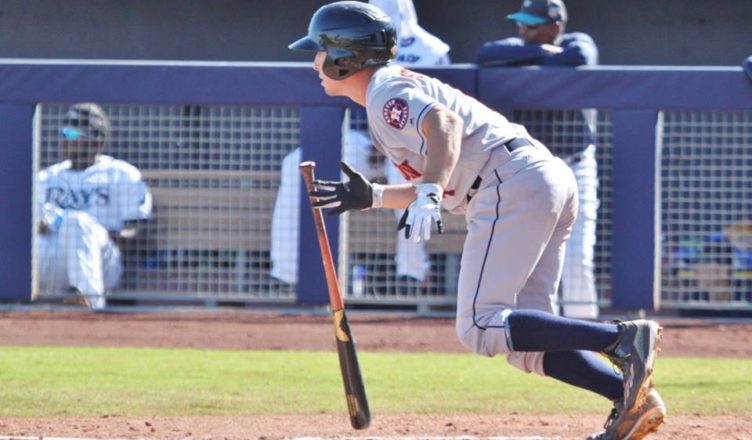 Now that 2017 is here, it is time to start looking at the top three prospects at each position as we lead up to the Astros top 30 prospect list. This week I will get things going with the catcher position.

Stubbs was drafted by the Astros out of USC in 2015. He was known as a great defender but has really made good strides with the bat. In 2015, he played in 36 games hitting .263 with an insane 21 BB/5 SO ratio. Stubbs started the 2016 season with Lancaster and got off to a nice start slashing .305/.399/.473 in the first half of the season. Stubbs was eventually promoted to Corpus Christi where he continued his hot hitting and actually improved in every category slashing .325/.401/.517 over 31 AA games. On the season he stole 15 bases and only struck out 48 times in 86 games. He has definitely established himself as the best catching prospect in the Astros system. Stubbs also hit .412 with 2 2B, 2 RBI in four playoff games for the Hooks. Overall he threw out 51% of base stealers in 2016.

Rogers was a 3rd round selection by the Astros in the 2016 draft. Coming out of college Rogers was known as one of the best defensive catchers in the draft, but the bat was a little behind the glove. After the draft he was assigned to Tri-City where he hit.253 with 2 HR, 12 RBI in 25 games. He was promoted to full season Quad Cities where he hit just .208 in 21 games, though he threw out 50% of runners with Quad Cities. If he makes strides with the bat in 2017, he will quickly rise up the prospect lists as he is one of the best defensive catchers in the MiLB.

Jamie Ritchie (A+) – Ritchie was selected by the Astros in the 14th round of the 2014 draft. He has posted great on base percentages throughout his career and this season was no different. On the season he had a .389 OBP and now has a MiLB career OBP of .417. He played in 61 games at catcher throwing out 34% of base stealers. He is a solid receiver but scouts have noted his arm as average.