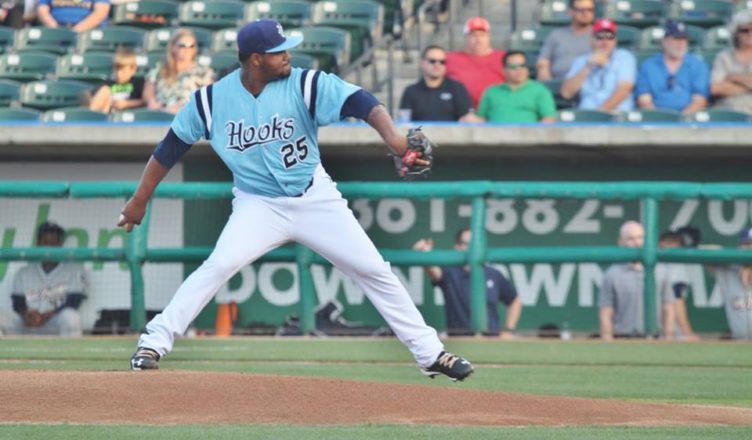 As the 2017 season inches closer, the major prospect rankings are starting to come out. MLB Pipeline (MLB.com) released their list last night. Here are the Astros on that list.

Martes continues his climb. MLB Pipeline had him ranked #41 going into 2016 and with a great year, he moves up to #20. Martes pitched the entire season with Corpus Christi and went 9-6 with a 3.30 ERA and 131 K in 125.1 innings at just 20 years old. He should make his MLB debut at some point this season.

Whitley was drafted #16 overall by the Astros just this past summer. After signing he tossed 18.2 IP striking out 26 in two levels of rookie ball. Whitley is a big kid at 6’7″ and 240 lbs. His fastball sits 92-97 MPH. He has good body control and an easy delivery. He should make his full season debut in 2017.

There are other prospects who might have got some top 100 consideration like Garrett Stubbs, Franklin Perez, and Ramon Laureano. More lists will come out in the following months and our top 30 Astros prospect list will be out sometime in March.