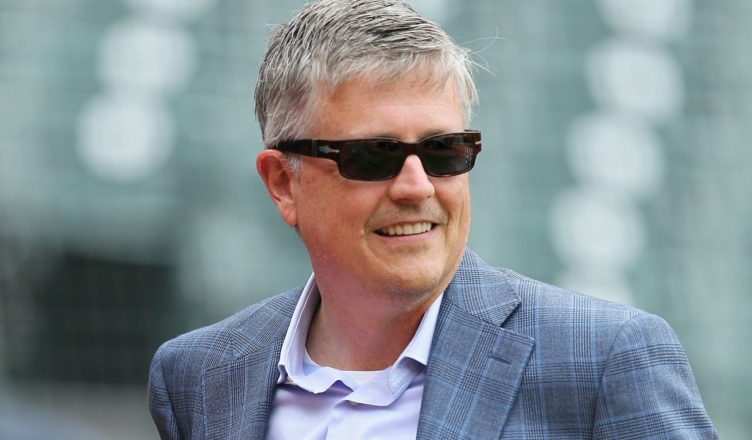 For even us here at Astros Future, it’s hard to follow prospects that are performing well and not get attached to them. It’s just a part of the rebuilding process. Rebuilding teams will struggle because every player with a heartbeat and even the slightest bit of value is traded for a bundle of prospects, making fans hopeful for what those prospects can contribute to their club in the future. When these prospects work their way up the Minor League System, mashing and pitching lights out, the fans of the Major League team get optimistic. It’s simply part of the rebuilding process.

But after awhile the process ends and decisions have to be made. Some are easy. Some are difficult. But having a farm system with the kind of depth that Houston’s has makes decision-making easier, but not guaranteed.

2015 was the first year the Astros made the Postseason since the World Series year of 2005, signaling the end of the long rebuilding process. The end of the rebuild launched the beginning of the Contending Phase, as Jeff Luhnow began to build his MLB team using the farm system he had put together.

Pop Quiz: What do the following players have in common?

That’s 16 players. All former Astros Prospects, all involved in trades since November 2014 in which the Astros got back MLB pieces. For those that say Luhnow is scared to deal from the farm, this list contradicts that statement.

Carlos Gomez, Ken Giles, Evan Gattis, Hank Conger, Brian McCann, and Scott Kazmir. Those are the pieces Houston received in return. Now, not every deal turned out like we hoped. Obviously Gomez underperformed, Kazmir was just a rental pitcher, and Conger just wasn’t good. So live and learn.

But with Giles, McCann, and Gattis, you’ve got 3 players that will be a big part of the team in 2017. All 3 will prove to be quite valuable to the team in their own ways. So we’ve established the fact that Luhnow is not scared to touch the farm. He’s done it 6 times already.

So what’s the hold-up now? Why is Luhnow hesitant to include certain prospects in deals for MLB talent now?

Have you ever gone back and looked at the prospects Luhnow has traded in those past deals? It’d be an understatement to say some fans were frustrated with the inclusion of more than a handful of those players involved. But how exactly have those 16 players fared since being traded?

I won’t go through all 16, but I’ll give you a few statlines from a few of them.

Brett Phillips was considered one of the best in the Astros system before being traded to the Brewers. He hit .300/.370/.520 with 15+ HR, 65+ RBI in consecutive seasons for Houston after two homer-less seasons. However, in his first full season in AA in the Brewers’ system, he hit .229/.332/.397 with 16 HR and 154 Ks. His power continued on the same trajectory, but his hitting and overall production drastically went down.

That’s just 3 of the 16, but you see a common theme. Players who put together successful campaigns in the Houston farm system struggled out of the gates with their new teams. Maybe some can be attributed to the “Lancaster” effect and how it hurt their development. Just one reason why the Astros moved away from Lancaster starting in 2017.

While Luhnow and his front office understood that playing in Lancaster skews the stats and development of their prospects, it’s just one factor as to why the former Astros prospects struggled with new teams. Other factors obviously came into play when evaluating baseball players, and while some people were giving the labels “Untouchable” to players like Nottingham and Phillips, Houston ultimately determined that these players were expendable enough to include them in trades to bring back Major League players.

Not all 16 players struggled after being traded to new teams, but no one lit their league on fire after being traded. For example, Josh Hader and Daniel Mengden both excelled out of the gates with their new teams, but both struggled to play consistently throughout their seasons. Both could still be solid pieces moving forward for their respective teams, as Hader is in AAA knocking on the door while Mengden is already pitching in the MLB with the Athletics.

Luhnow, like every GM and coach, is not perfect and has and will make mistakes with his players, but for the most part, with a number of top prospects included in the 6 trades Luhnow has made, Luhnow pulled off all 6 trades without losing a game changing player. Luhnow is not perfect, but he and his front office are very good at what they do.

So we’ve established that Luhnow was very willing to deal a number of top prospects in past transactions. So let’s go back to the original question: What’s keeping Luhnow from doing that now?

With players like Chris Sale, Chris Archer, and Jose Quintana being linked to the Astros, teams want a “King’s Ransom” back for their ace pitchers. While I agree aces shouldn’t be cheap, the asking prices shouldn’t also be outrageous. With recent deals going down this offseason, the asking price in trades is as high as it’s ever been. Teams have asked the Astros for players like George Springer Alex Bregman, Kyle Tucker, Francis Martes, and Joe Musgrove, among many others, in return for their players.

Luhnow has made a point in saying these players are, for the most part, “untouchable”. So why was Luhnow quick to throw out the untouchable card for guys like Martes and Musgrove, but not for Nottingham or Phillips?

Scouts are able to tell a lot about certain players when they take a close look at a certain way a player hits or pitches. They can determine if a player is ready for the next level or if he needs more seasoning. They can tell if a player is going to have trouble hitting a certain pitch or commanding a certain part of the plate, and thus getting a fairly accurate estimate on what they have in each player.

Luhnow and his front office are some of the best at determining which players will most likely pan out and which ones won’t. Educated guessing, if you will. Obviously though, in the business of baseball, it’s impossible to be correct 100% of the time. Every player has different abilities and some take more time to develop than others. So every player is a gamble, but even gambling is easy when you’re counting cards.

But look at the facts. We have 6 trades to use as reference to players Luhnow and his front office found to be expendable. They had great value in trade and the Astros made the most of what the other teams in the league wanted in return. Most of those prospects have been average at best for their new teams, whether that team be in AA or at the MLB level.

So why is Luhnow hesitant trade high on the teams’ top prospects now?

Because he and his team see their current top prospects being high impact players for their team soon, and he values these prospects higher than he did with guys like Phillips and Nottingham.

Joe Musgrove will lock down a rotation spot in 2017, as he looked very good in a majority of his starts in 2016. Francis Martes could see some legitimate time in the Major Leagues this season if he continues his dominance in the MiLB. Alex Bregman looked like a true cornerstone to build around after his rough start in July. Kyle Tucker, while still a few years away, could be a big part of the future as he continues to grow as a player in A-Ball.

There’s legit reason for Luhnow to be hesitant to trade any one of these guys away right now. Tucker is most likely the only one that won’t see time in Houston this season. At least 2 will start the year in Houston, and with a good Spring Training showing Martes could make it 3. Trading any one of the four, let alone two or three, would be like taking 3 steps forward after taking 3 steps back, essentially leaving you back where you started.

Obviously, Its very well documented by now that you have to give to get. Most people think the Astros contention window is now, and they’d be correct. To think that it’s only a 3 year window, that’s where they lose me. The window is open as long as the Astros continue to make smart decisions.

Smart decisions like trading players whose values likely peaked early in their development (though still too early to determine) for MLB talent. Smart decisions like keeping prospects like Lance McCullers even though everyone had him pegged as a Closer. Smart decisions like discovering gems in the later rounds of the draft, adding to the seemingly continuos minor league depth. The list goes on and on. Of course, Luhnow has made mistakes and will make more. It’s a part of the business. It’s a part of the process. But Luhnow has done FAR more good than bad in his 4 years of being the Astros GM.

Moving forward for 2017, the last true need is one more solid pitcher to improve the rotation. That doesn’t have to be an ace. While an ace would be nice, an ace is not a necessity. Given what the going rate is for an ace-caliber pitcher, teams would be better off aiming slightly lower. There’s a great chance the Astros will pick up another starter before the season begins, but Luhnow is not going to mortgage his farm system for one. If the right deal comes about that Luhnow and his front office find themselves comfortable with, then that deal will be made. Until then, Luhnow is confident in his team now and confident in his team’s future.

And at this point it doesn’t seem wise to question him.