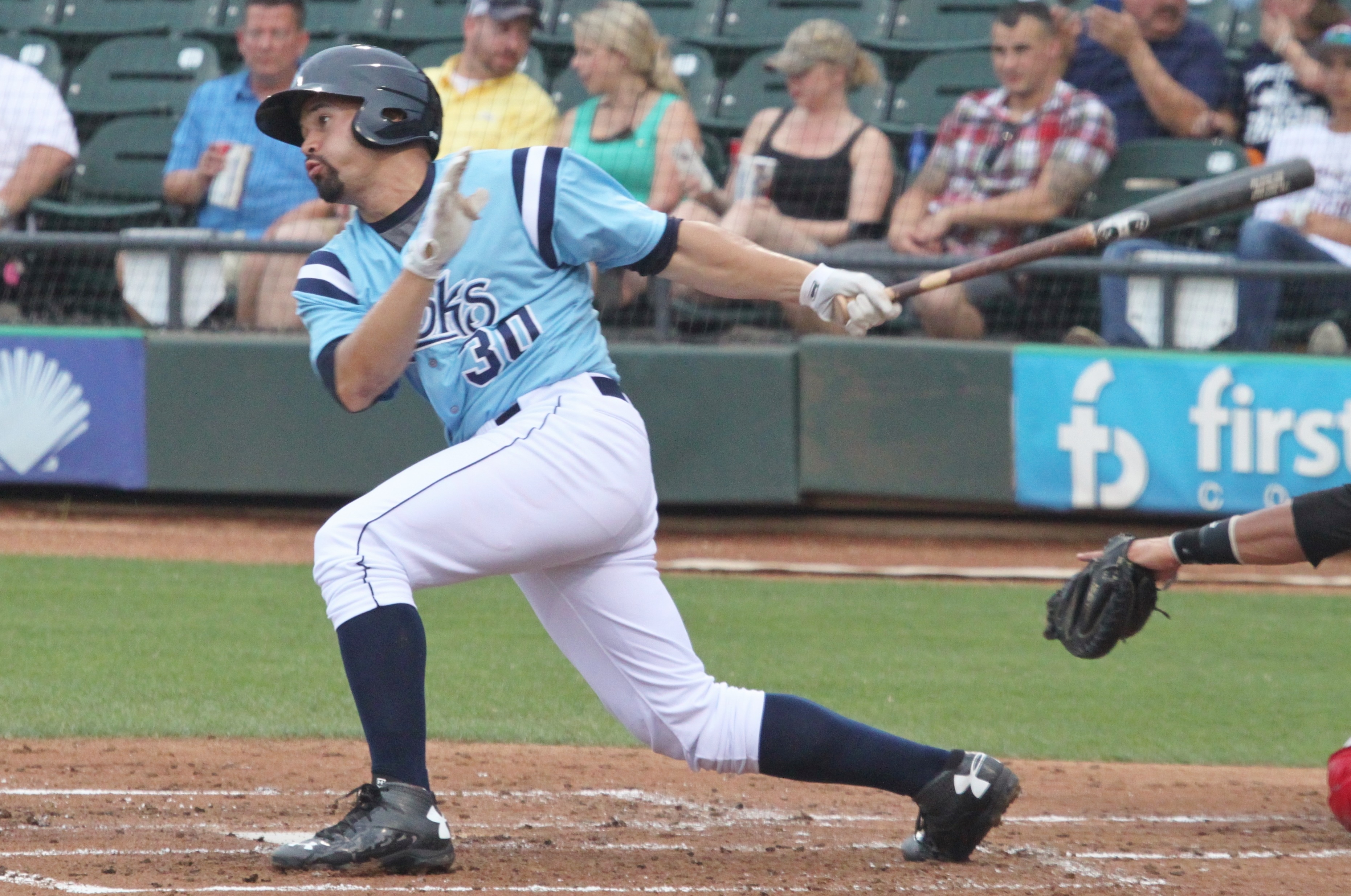 With many of baseball’s top prospects scattered throughout all of the Winter Leagues, it can be difficult to make a name for yourself.  This week however, Nick Tanielu did just that playing for the Glendale Desert Dogs in the Arizona Fall League.  Tanielu’s 7-for-16 performance earned him the Astros Future Winter League Player of the Week honors.  He scored two runs this week as well as hitting two doubles.  Glendale had a very good week overall going 4-1 before Saturday’s All-Star Game.

Tanielu started the 2016 season in High-A Lancaster before being promoted to Double-A Corpus Christi.  He didn’t have as much luck in the higher level, but did show some signs of power hitting a career-high seven home runs.  Look for Tanielu to play most if not all of 2017 with the Hooks.

Leonardo Heras who is playing for the Yaquis de Obregon of the Mexican League had a nice week of his own.  Heras went 5-for-16 with four runs, a double, a triple, and two runs batted in.  Heras played most of 2016 in Mexico, but did make two appearances with Triple-A Fresno.

Another player who had Player of the Week consideration was pitcher Evan Grills.  Grills who is currently playing in the Puerto Rican League, threw six solid innings on Thursday picking up the win for his Cangrejeros de Santurce.  He allowed no runs on four hits with a walk and four strikeouts.  Grills pitched through three levels of the minor leagues in 2016 starting in Lancaster, and finishing in Fresno.