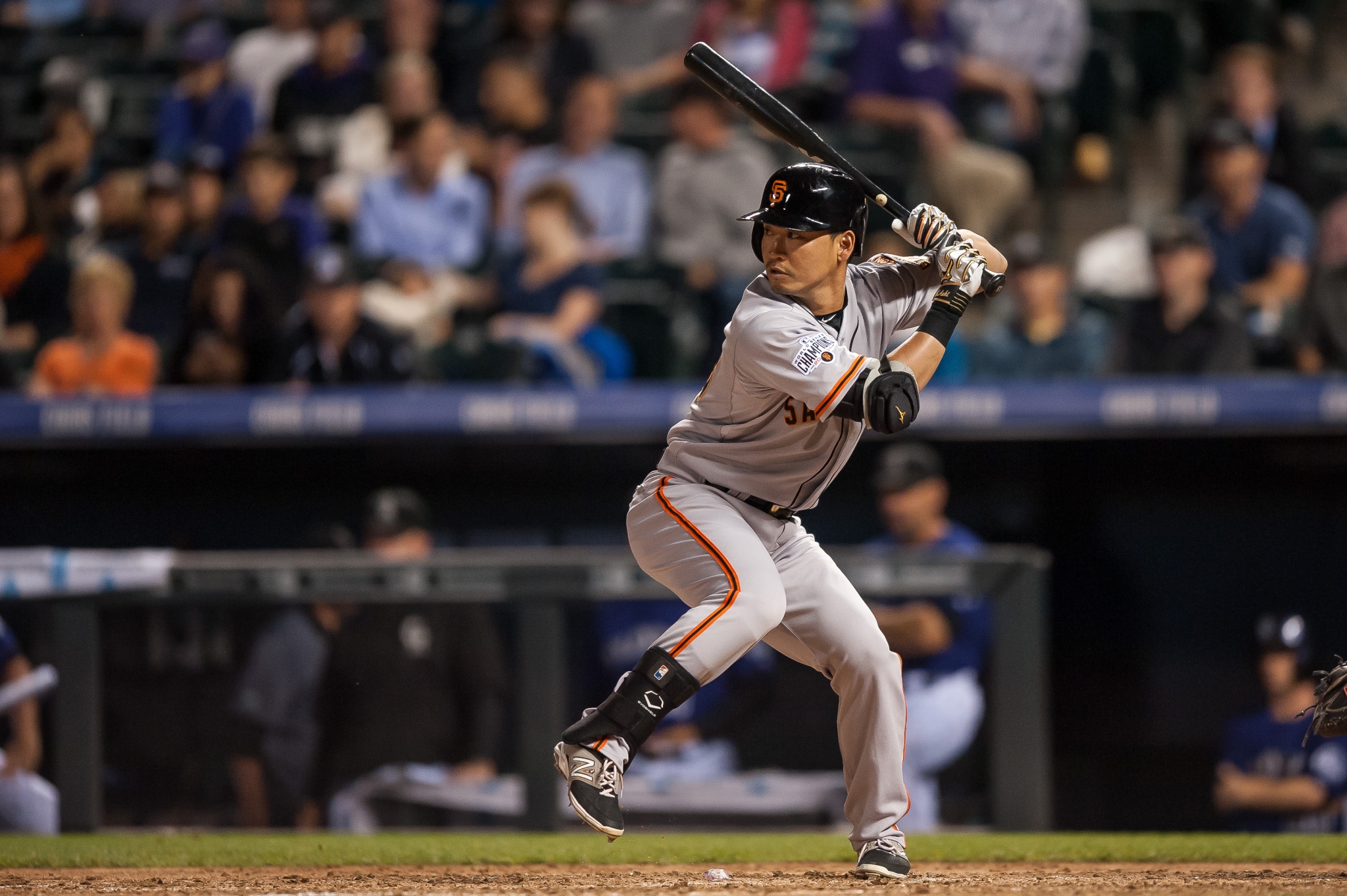 Last Thursday the Houston Astros made their first move of the offseason claiming outfielder Nori Aoki off waivers from the Seattle Mariners.  Despite being 35, Aoki is still eligible for another year of arbitration.  After making $5.5 million last year with the Mariners, he will likely be up around $6.5 million this year.  For the Astros, that basically represents a wash after trading Pat Neshek (and his $6.5 million club option) to the Phillies.

In Nori Aoki, the Astros receive a very interesting player.  Offensively, he might just be what the Astros need.  He is not going to put up a lot of power numbers (last year he only hit four home runs and slugged .388).  He does, however, do a lot of things that could benefit the Astros, most notably, getting on base.  If he were on the Astros in 2016 he would have ranked 2nd in batting average behind Jose Altuve (.283), 5th in on base percentage (.349), 4th in doubles (24), and 1st in fewest strikeouts among players with over 400 at bats (45).  For comparison sake, for players over the 400 at bat mark, Altuve had 70 strikeouts and Marwin Gonzalez had 118.  Regardless, in a lineup full of power, and a lot of swing and miss, Aoki would give more consistency in his ability to make contact.

Defensively, Aoki has been a pretty solid outfielder throughout his career.  In fact, according to Baseball-Reference, Nori Aoki ranks 12th among active players in fielding percentage and finished second in the AL last year with a .995%.  Advanced metrics, like UZR, which is used to estimate each fielder’s defensive contribution in theoretical runs above or below an average fielder at his position, did go down last year, though.  Fangraphs analyzed his UZR score at -5.0, which was a steep decline from his previous years.  His previous season was at 3.4 and for his career his UZR is 6.6.  While his defense is on the decline, he would be able to handle left field or, if the Astros end up shifting Springer to center, right field as well.

It will be interesting to see how the Astros deploy Aoki this season.  He is very capable of being a starter for the Astros and would give AJ Hinch some options for his lineup.  Aoki could bat in one of the top two spots or, more likely, could bat in the ninth spot, setting the table for Springer, Bregman, Altuve and Correa as the lineup turns over.  Depending on how the offseason plays out and what acquisitions they are able to make, Luhnow and company may also see Aoki as more of a fourth outfielder.  In this role he could get plenty of bats spot starting or pinch hitting.  This may be a great option coming off the bench, but would then force a decision on what to do with Jake Marisnick.

While Nori Aoki may not be the type of acquisition that gets Astros fans overly excited, it is a move that I really like.  He essentially traded Pat Neshek for Nori Aoki (plus whatever the Astros actually do get from the Phillies).  Without having to give up significant pieces or spending an absorbent amount, Luhnow was able to bring in a piece that may be able to help the Astros on a daily basis.