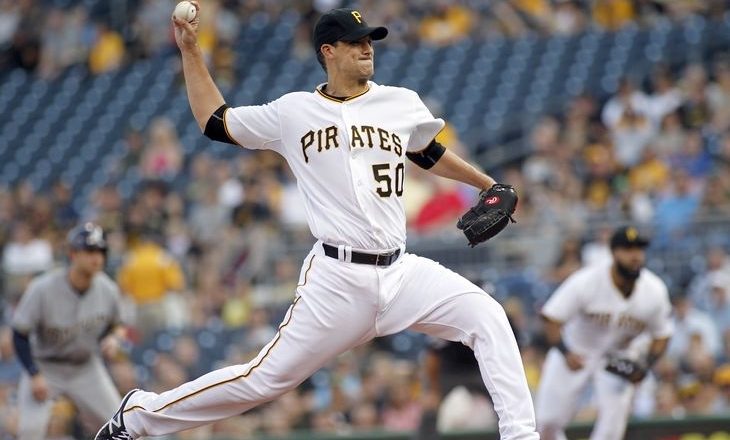 Last Wednesday, the Houston Astros inked right handed starting pitcher Charlie Morton to a 2 year, 14 million dollar deal.  He also has the option for another 5 million dollars in incentives based off of how many starts he makes.  Given that he made only four starts last year for the Philadelphia Phillies, there is no guarantee that those incentives will kick in.

Charlie Morton’s biggest nemesis in his career has been his own body.  Since his first season, in 2008, Morton has never thrown more than 175 innings in a single season and has thrown more than 150 innings only twice.  In 2012, he had Tommy John Surgery and, in 2014, he had surgery on his hip.

To this point, I haven’t exactly inspired a whole lot of confidence in this signing, but there are some things that do pop out about Charlie Morton that Jeff Luhnow and the Astros are hoping to exploit.  Charlie Morton is really good at inducing ground balls, which is something that Luhnow values very highly.  In fact, between Morton and Dallas Keuchel, the Astros now have two of the highest ground ball rates in the majors.  Correlating with the ground ball rate, Charlie Morton has one of MLB’s highest spin rates.  According to Mike Petriello, “Charlie Morton was top 5 (min. 50 thrown) in curve spin last year (2990 RPM).  The Astros threw more curves as last year went on.  Easy fit.”  Apparently, for a minimum of $14 million, Luhnow and company see something they like and hope to hone his abilities to induce the ground ball and think that he can be an effective pitcher in the American league.

Where does he fit?

This will be the interesting question to me.  As the roster is presently constituted, you have to figure that the rotation has four guaranteed spots with Keuchel, McCullers, McHugh and Musgrove.  That would leave Mike Fiers and Charlie Morton fighting for the fifth spot.  It is very possible that one of them will be the fifth starter with the other being more of a spot starter / long relief guy.  Knowing Morton’s long history of injuries, I would tend to favor Fiers, but again, you never know what Luhnow will want to do as he might be trying to catch lightning in a bottle with Morton.

With the injuries to Keuchel and McCullers, last season proved that having a little depth can go a long ways for an organization.  There are also plenty of rumblings that the Astros are still kicking tires on trading for a starting pitcher.  If the Astros had to include a young pitcher like a Joe Musgrove in a trade, Morton would also give them the depth to do that.

Regardless, Charlie Morton presents an interesting signing that was really overshadowed by the signing of Josh Reddick and the trade for Brian McCann.  While $7 million seems like a lot of money, it really is just a drop in the bucket compared to other prices for pitchers.  At most, Morton might become a decent four or five, but at the very least he might be a respectable long reliever who is especially tough on righties that also gives the Astros depth in case of injuries to the rotation.