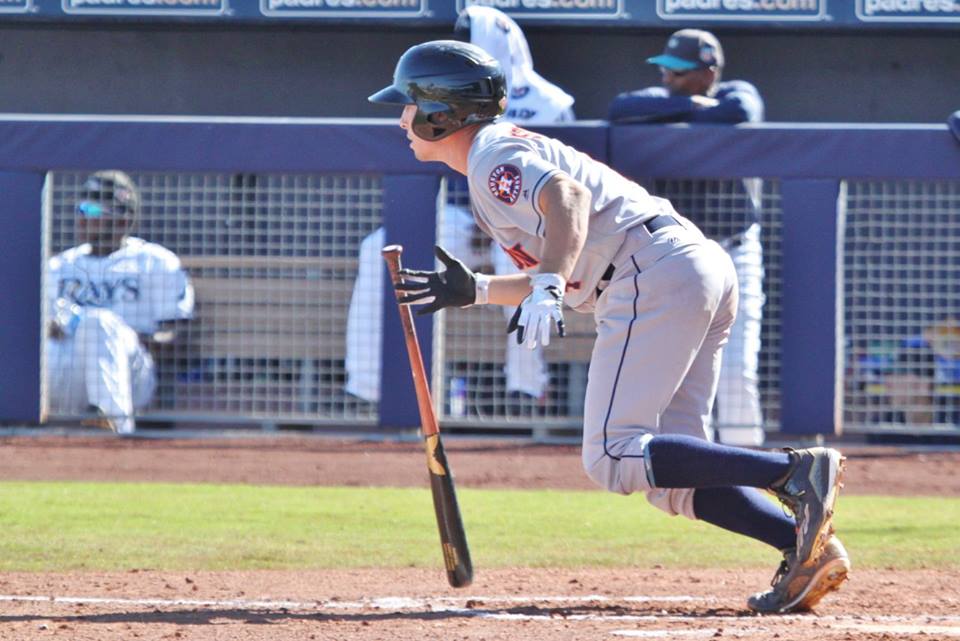 Just like that, the Arizona Fall League enters its final week, as prospects from all of baseball look for their final tuneup before spring training.  The Glendale Desert Dogs, who were pretty far off the pace a couple of weeks ago, find themselves in the thick of things in the West Division.  The Desert Dogs have gone 8-2 in their last 10 and are sitting just 1.5 games behind the division leading Surprise Saguaros.  Having something to do with it is Houston’s Garrett Stubbs, who has been named Astros Future Winter League Player of the Week.  Stubbs didn’t have the easiest time getting hits this week, but his four walks and four runs scored were certainly helpful.  He went 3-for-13 overall adding his fourth double on the fall league’s season.

Last weeks winner, Nick Tanielu, struggled a bit too at the plate as far as hits, but did get on base and scored a couple of runs for the Desert Dogs as well.  Stubbs and Tanielu spent most of the season together a different levels of the Astros organization.  Both started playing for the Lancaster JetHawks and finished 2016 at Double-A Corpus Christi.

Mike Hauschild made two starts this week playing for the Leones del Escogido of the Dominican League.  He had some control problems allowing six walks, but did allow just four hits with seven strikeouts in 10.2 innings.  Hauschild leads his team so far this winter with 23.1 innings in five starts.