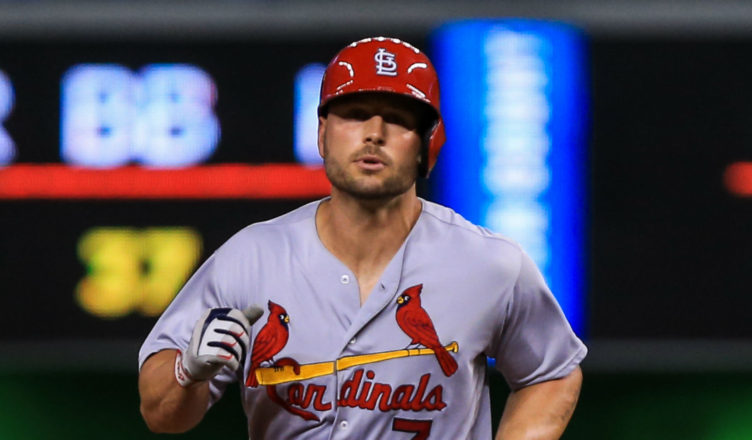 The Houston Astros missed a 2016 postseason bid with an 84-78 record.  The offense disappointed throughout much of the season. The outfield might be the team’s most glaring need heading into 2017.  General Manager Jeff Luhnow only needs to make one call to fill the left field void left by Colby Rasmus: Matt Holliday

Holliday’s eight year stint in St. Louis is coming to an end, and he’ll be a free agent this offseason.  He’s entering his age 37 season and is well past his prime, but he’s a perfect fit for this Houston squad.  The Astros are looking to get to the World Series, but lack a veteran with World Series experience.  Holliday will give an extremely young squad a desperately needed veteran presence.

Signing an aging veteran would also be a better move for the Astros fiscally.  Holliday will probably command a two or three year deal worth $15-$20M per year.  The Astros young stars are in their arbitration or pre-arbitration years.  If Holliday signs a 2 year deal worth $40M, he’ll come off the books heading into 2019.  Guys like Jose Altuve, George Springer, Carlos Correa, Dallas Keuchel, and more could be looking at extensions around that time.  Re-signing current stars will get pricey pretty quickly.  Signing a Yoenis Cespedes or Josh Roddick to a long term deal might mean there’s not enough money left over to sign a member of the core a few years from now.  Kyle Tucker, Daz Cameron, and Ronnie Dawson could all fill Holliday’s shoes in 2019 depending on their development.

Holliday’s had two consecutive injury riddled seasons.  This year he had a triple slash of .246/.322/.461 with 20 HR’s over 110 games played.  Those aren’t the numbers we’re used to seeing from Matt Holliday, but it’s still an upgrade over the Astros current left field production.  There’s lots of reasons for optimism with a hypothetical Holliday-Astros marriage though.

There’s less ground to cover in Minute Maid Park’s left field than Busch Stadium.  He’ll also have an elite defensive center fielder next to him, whether it be Jake Marisnick, George Springer, or Teoscar Hernandez.  All three are better than his St. Louis counterpart, Randal Grichuk.  He’ll also have the luxury of moving to the AL, where AJ Hinch can spare his legs and give him spot starts at DH from time to time.  All these factors will help him stay fresh and hopefully prevent injury.

If Holliday can come to the Astros and hit .250+ with 25 HR while splitting time between LF/DH, he would be a solid acquisition. The veteran presence would also help the young squad.

View all posts by Grayson Skweres →