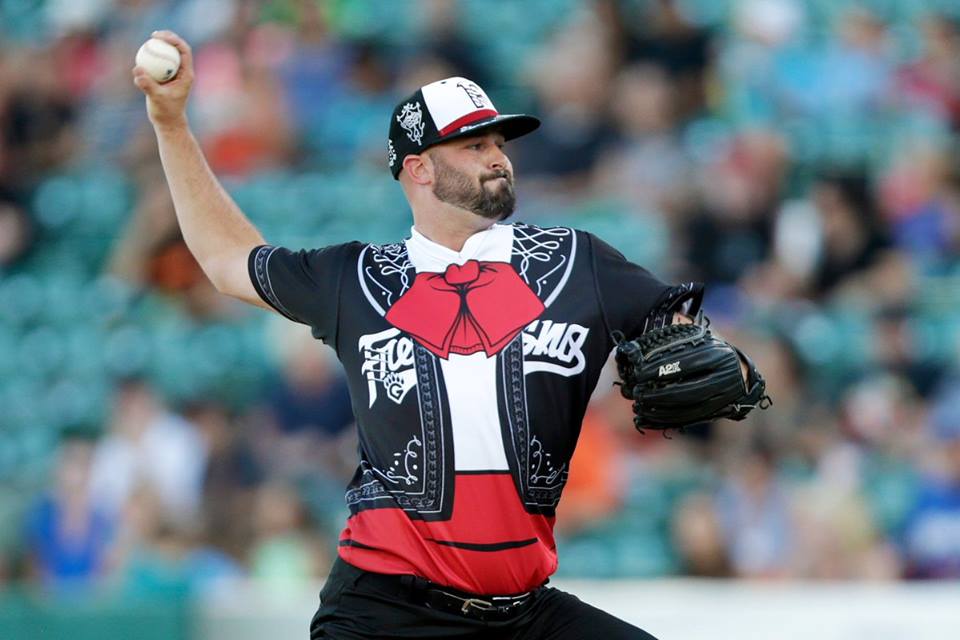 When breaking it down, Major League Baseball has a little over 750 players between all 30 teams. Throw in all of the professionals in the Minor League System, assuming each franchise has 6 teams of their own with 25 players on each team, and we’re looking at around 5,250 professional baseball players. With so many players in Professional Baseball, it’s very easy to leave a few out of the conversation when each team tries to dwindle their Major League Roster down to 25.

Especially considering how dominant the Astros’ farm system has been in the Jeff Luhnow era, it’s extremely easy to overlook prospects who weren’t necessarily “blue-chip” prospects drafted in the first round. Such has been the case with a handful of pitchers in AAA that have quietly flown under-the-radar.

Let’s start with Mike Hauschild. Hauschild was drafted in the 33rd Round of the 2012 Draft and in his 4 years in the Astros system has been a solid option in the rotation. His ERA has started to improve and while he doesn’t rely on strikeouts to get the job done, he still K’s batters at a higher rate than the average pitcher. He has been a big rotation piece for the Grizzlies in 2016 and if he continues to improve in his pitching, he could be a potential sleeper pick to see some time in Houston in 2017.

Hauschild is just one of many quietly impactful pieces from the Astros’ farm. Brendan McCurry is another pitcher from AAA that has found success with the Astros’ farm system. McCurry was traded to the Astros before the 2016 season in exchange for Jed Lowrie. McCurry was drafted in the 22nd Round of the 2014 Draft and has been dominant at every level he has pitched in. Even before the trade to Houston, McCurry had a sub-2 ERA in two seasons with Oakland.

As an Astros Minor League pitcher, McCurry hasn’t been quite as dominant, but nevertheless he was still a great pitcher and a go-to option out of the pen, especially after the call-up of lights-out AAA closer James Hoyt. Unlike Hauschild, McCurry strikes out batters at a rapid rate, striking 94 batters out in 82 innings, which comes out to 10.3 K/9. McCurry could be a pitcher that, while most likely not making the Opening Day Roster, would be on the short list for a call-up if one were to get injured early on in the season.

Jordan Jankowski is the definition of “silent but deadly”. Drafted by the Astros in 2012, as a set-up man and closer for the Fresno Grizzlies in 2016, Jankowski was a strikeout machine. Jankowski struck out 103 batters in only 70.2 innings, recording a 3.77 ERA and a WHIP of 1.186. While the walks were up (31 walks in 70.2 innings), he has very good stuff that is insultingly underrated on his own team, let alone in the entire MiLB.

The Fresno Grizzlies Bullpen helped take some of the blow off of the roster changes, as hitters came and went through Fresno like a revolving door to show what they had to offer the Major League Club. They were lights out for much of the year, especially with James Hoyt operating as closer for much of the year. Even after Hoyt’s promotion, the pen didn’t skip a beat on protecting the leads they were given. That’s a major plus giving into 2017.

Moving forward, Astros fans will still have top prospects they can look forward to watching make an impact in the neat future. However, it is unfair to dismiss the non-elite status prospects simply because there are bigger names in the list. It’s those diamond-in-the-rough players that will show truly how deep this farm system is. The Astros were fortunate to not have to deal with injuries for much of the first half of the season, though the bug struck big in the second half. If they were to take a hit in the bullpen early in 2017, these underrated prospects could step in and surprise in a big way. Star status or not, these pitchers have proven they can do their jobs, and they do them well.