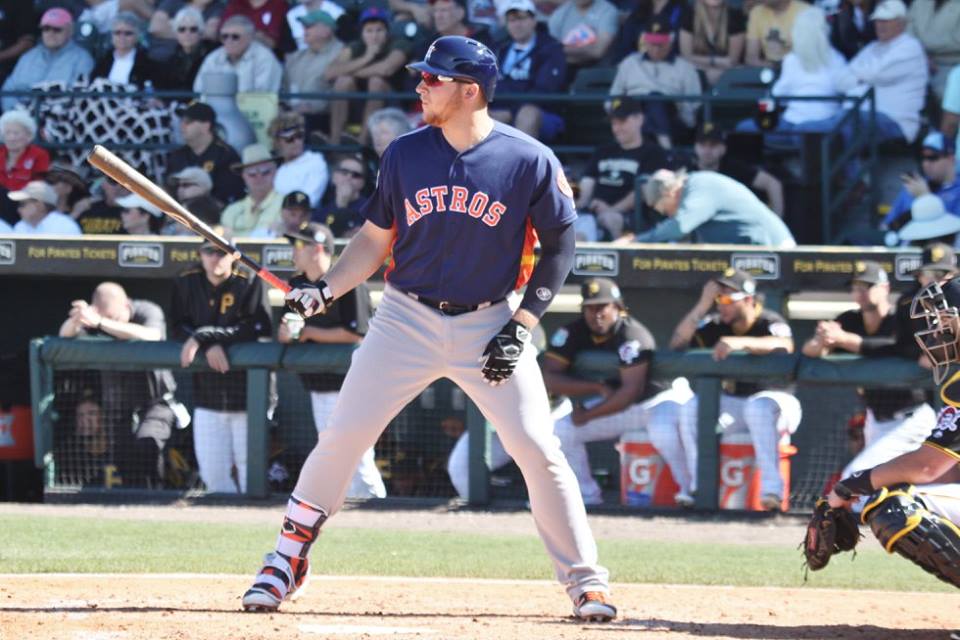 As we continue our series on the Astros’ 2016 Position Reviews, we now shift our focus to First Base.

Marwin shredded his role of a backup utility player this year earning his fair share of starts day in and day out, playing in a total of 141 games. Marwin was more than solid at the plate and continued to play just about every position on the field, but saw most of his time this year at 1B. Going forward, I’m still skeptical of Marwin as a full-time starter, but nevertheless he has earned starting time with his play this year at a position of weakness for the Astros. One thing is for sure, he looks too good to be strictly a bench bat. His OPS+ was down from the previous two years but had a career high 518 plate appearances.

1 of 2 Rookies to see time at first base this year, Tyler White won the 25th roster spot at the beginning of the year. He set the league on fire in his first week and a half in the Majors, hitting over .500 and hitting everything in sight. Unfortunately, streaks like that in the Majors don’t last, and it certainly didn’t for Tyler White. White was eventually optioned to AAA to work on his hitting after his average continued to plummet, though he eventually was recalled later in the season and showed improvement. He did hit .263 with a .791 OPS in September. He will most likely get another shot next season.

I’ll be the first to tell you that Reed’s season is not what we expected when Reed was called up in June. The 2nd rookie to see time at first base for the Astros struggled mightily at the plate for Houston during his 45 games in Houston, giving us a grade-A example of the massive learning curve that comes with the promotion from AAA to the MLB level. Reed, a .300 hitter in the minors, showed flashes at times of the dominance he bestowed on AAA pitching, but there is still a lot of work to be done. He struggled to make contact (34.0% strikeout rate) but also had a low BABIP. Despite his struggles, 45 games is still 1/4th of a season, so I’m not giving up on Reed. I’m a firm believer that Reed will improve if given time and proper instruction.

The shining light from this unit was Marwin’s play at first base when asked to pick up a first basemen’s mitt. Marwin was solid with the bat and good defensively at first, but Reed and White struggles outweigh Marwin’s success. The position was one of weakness for much of the year, and at a position that is generally one of the stronger ones of an MLB team, the Astros need to find the bandage that will stop the bleeding.

Marwin will most likely continue earning time at 1B unless White or Reed really step up. White has proved he can hit Major League pitching, but needs to adjust. His inability to adjust once pitchers found out how to pitch to him is what led to his production drop. With Reed, it’s a matter of working and recognizing. I still believe Reed will be a great Major League hitter if he makes the right adjustments and really works to learn how to face Major League pitching. His power is still through the roof.

Yulieski Gurriel is also an option for 1B moving forward if they want to keep Bregman in the infield, though his skills are better in the field than that of an average 1B. As for options outside of the Astros system, I’m a huge fan of Edwin Encarnacion and would love to sign him. His addition to the lineup would be a huge improvement at 1B, though he most likely wouldn’t start 1B daily, as he split time between 1B and DH with the Blue Jays in 2016. Moving forward, I expect 1B production to improve, how much though will depend on how much Reed and White are willing to work to get better at the plate.