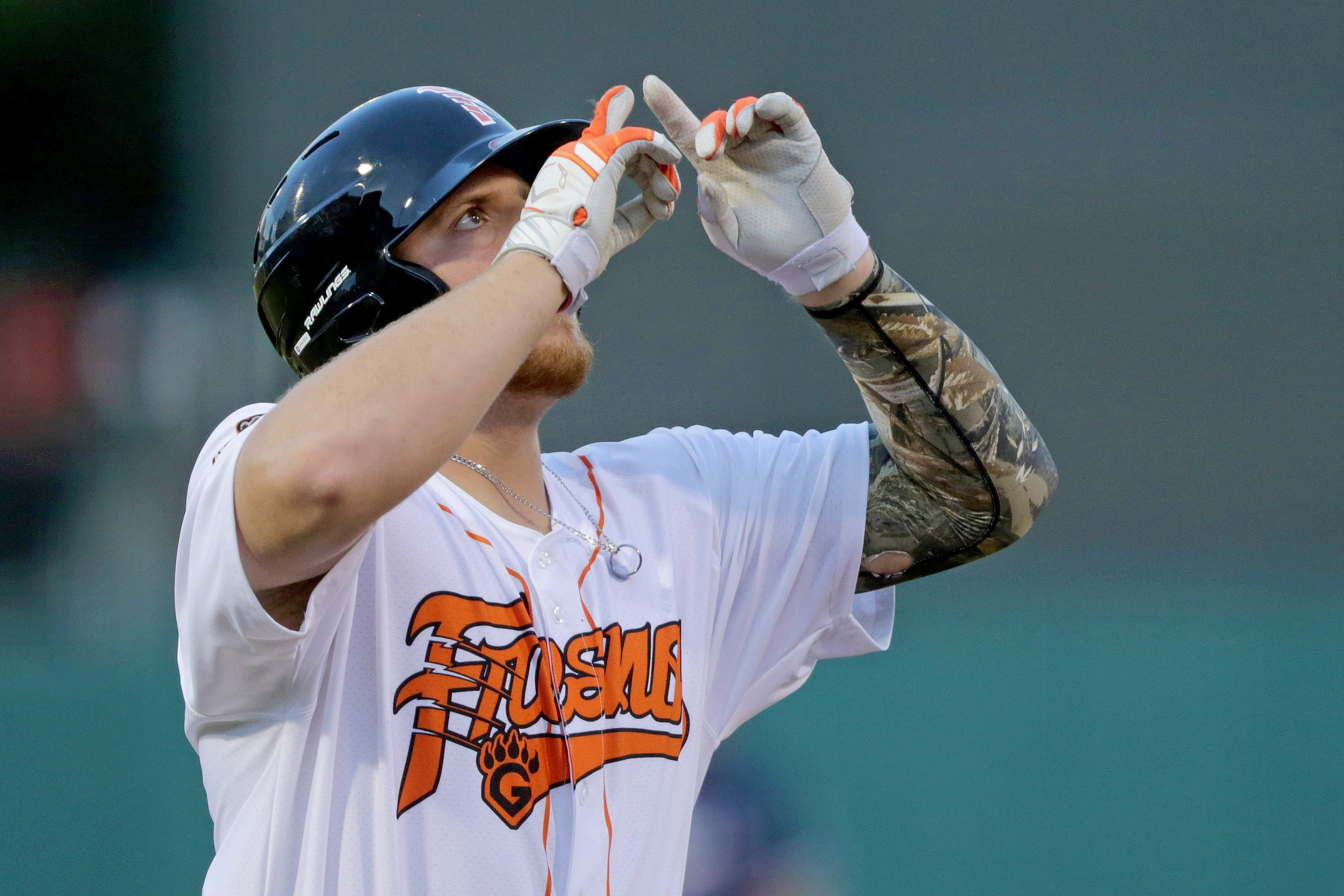 Now that the season is over and the MiLB awards have been handed out, we will review each position in the minor league system. This week we look at the first base position which had some very solid performances in the minors.

Many expected big things out of Reed this season. He started the season in AAA and had a solid first three months in which he hit .266 with with 19 2B, 11 HR in 59 games. He earned a promotion to Houston but struggled. The Astros sent him back to AAA where he hit .436 with 4 HR, 14 RBI in 11 games, earning a promotion back to Houston. We the Astros in the playoff hunt Reed didn’t receive much playing time in September. He still has one of the highest ceilings in terms of power potential in the Astros system. Hopefully he has a good off-season and can produce for the Astros in 2017.

Muniz had a solid 2015 campaign in which he hit .288 with 22 2B, 44 BB/43 SO in 74 games. The 22nd round pick followed that up with another solid season for Lancaster. He has shown the ability to hit for average and post solid on base percentages. He doesn’t have the power that many think of at the first base position but makes up for it with other facets of hitting. He should be playing with Corpus Christi next season.

Another late round pick having success in the Astros system. McCall was a 31st round pick in 2014. Last year for Tri-City he hit .295 with a .376 OBP. This season with Quad Cities he proved to be one of their most consistent hitters. He hit .287 in the first half and .284 in the second half, though he had just 17 RBI in the first half compared to 41 in the second half. He showed solid power with 33 extra base hits. Expect to see him in High-A next season.

White was mentioned in the MLB position review. He had a phenomenal 2015 season and followed that up with a great 2016 spring training earning him a spot on the Astros opening day roster. He started out hot but fell off a bit causing for a demotion back to AAA. He didn’t hit for average in AAA but showed HR power. As with Reed, he should get another chance to take the first base job in 2017.

Singleton played the full season in AAA. After playing a bit in the MLB the last two seasons, it appears he has been passed on the depth chart by Reed and White. He, once again, posted a low average but a good on base percentage and power. Unfortunately, it doesn’t look as if one could expect him to do anything different at the MLB level than what he did the last couple seasons.

McDonald, built in the mold of Evan Gattis, showed some progression in AA. He is very big, listed at 6’4″ 260 lbs, and has a ton of power. He tapped into that a bit hitting 17 HR in 392 at bats. He doesn’t walk a ton or hit for much average so the power will be his calling card.

The guys who performed well like Muniz and McCall should be moving up a level so it will be interesting to see how they perform. Reed is no longer considered a prospect but he still might see some time in Fresno next season. The Astros need one of these guys to step up and take the 2017 spot as first base has been a question mark since Lance Berkman was traded.

Now that Reed and White have graduated from the prospect lists, the first base position as a whole will slide down a bit. With that said, there are still many guys who provide solid depth like McDonald, Muniz, and McCall.