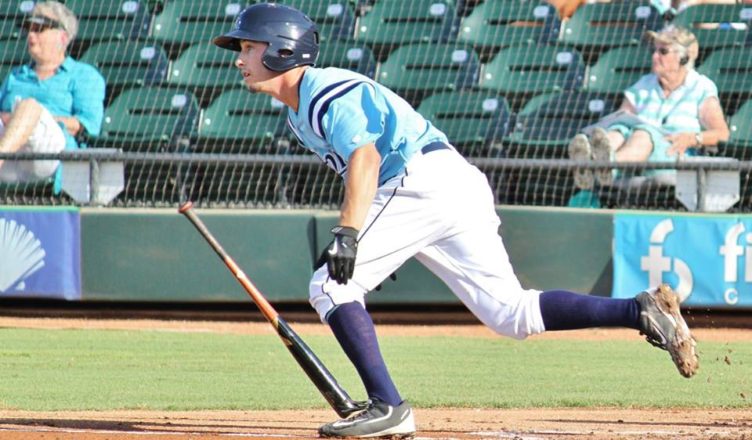 Who is the Astros’ Breakout Prospect of 2016?

Every year in the minors, and particularly the Astros system, a prospect will “breakout” and become a player to watch. With the Astros having built a deep farm system, there was a strong likelihood they would have multiple breakout prospects. There are many prospects that could be on the list making it hard to just choose one. Therefore, I will provide a few candidates and y’all get to vote on who is the Astros breakout prospect of 2016.

I chose Laureano as one of the breakout prospects for this season and the 2014 16th rounder has done just that. After being drafted in 2014 he had a solid 2015 season hitting .265 with 15 2B, 4 HR in 76 games for Quad Cities. He started the 2016 season with Lancaster and put up great numbers hitting .317 with 10 HR, 60 RBI, 33 SB in 80 games. Some believed this to be a Lancaster mirage but he hit even better in AA with a .981 OPS. Laureano might be the breakout prospect of the season and has definitely put his name on some top prospect lists. Laureano went on to hit .471 with 2 2B, 2 BB in four playoff games for the Hooks.

Signed by the Astros out of Cuba, Armenteros has had one of the better seasons in the Astros system. After making his stateside debut last season and going 3-2 with 61 K in 61 innings, he has established himself as a legit pitching prospect. Armenteros finished the season leading the Astros minor league system in strikeouts with 140 K in 127.1 innings pitching with Quad Cities, Lancaster, and Corpus Christi. He possesses a solid four pitch mix and could be potential help for Houston next season. Armenteros made one start in the playoffs for Corpus and went 5 innings allowing 1 run.

Straw was drafted by the Astros in the 12th round in 2015. While he doesn’t possess much power, he is probably the fastest runner in the Astros organization. Straw hit .268 in rookie ball following the draft. Straw joined Quad Cities on May 20th and ended up playing in 68 games and hitting .374. This earned him a promotion to Lancaster where he hit .303 in 19 games. Straw does a good job making contact and also stole 21 bases this season.

Stubbs was drafted out of USC just last season. He was known as a great defender but has really made good strides with the bat. He got off to a nice start in Lancaster but continued his hot hitting in Corpus and actually improved in every category slashing .325/.401/.517 over 31 AA games. He also stole 15 bases and does a great job making contact. He has definitely established himself as the best catching prospect in the Astros system. Stubbs hit .412 with 2 2B, 2 RBI in four playoff games for the Hooks.

Another recent draft pick, Thornton was selected in the 5th round of the 2015 draft out of UNC. Thornton was very good his freshman and sophomore season but regressed in his junior season. The Astros decided to take a chance on him and it paid off. He posted a 3.27 ERA in rookie ball and the Astros aggressively assigned him to Lancaster to start the 2016 season. He 7-4 with a 4.12 ERA and 16 BB/89 K in the Cal League. He was promoted to Corpus and dominated in his seven starts with a 2.35 ERA and 5 BB/35 K in 46 innings. Thornton also made one playoff start of 6.2 IP, 1 ER, 5 K.

Of course there are others deserving but I tried to narrow the list down to five. All of these prospects have seen their stock rise this season. If there is a prospect you think should be on this list, please comment below.