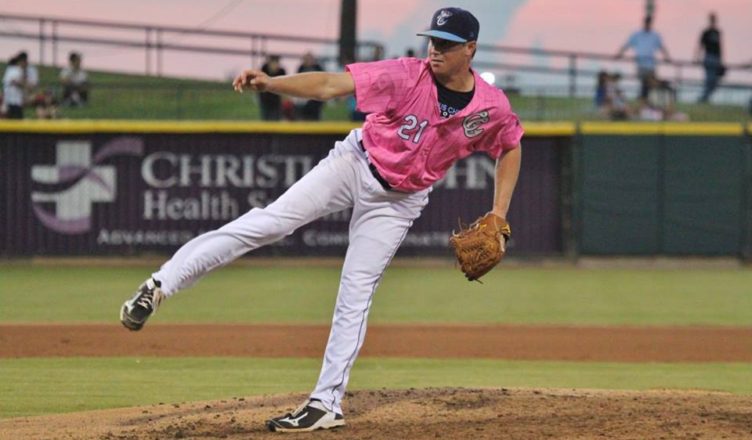 It’s not the size of the dog in the fight, but the size of the fight in the dog. This can apply to pitching as well as we have seen undersized pitchers (Oswalt) have success in the past. This quote may perfectly explain our next prospect profile player, Trent Thornton.

Thornton is listed at 6’0″ and 175 lbs according to baseball reference, but looking at this stat line you wouldn’t have known he was “undersized” by some standards. Thornton was born in Pittsburgh, Pennsylvania in 1993 but attended Ardrey Kell high school in North Carolina. . In high school Thornton pitched and played outfield. Thornton was seen as a legit two-way prospect in high school and Perfect Game noted that he was a very good outfield defender who has good bat speed and pop. He found his niche on the mound and went to pitch at the University of North Carolina.

Thornton got his college career off to a great start going 12-1 with a 1.37 ERA as a freshman. In that season he pitched in 29 games, making six starts. He followed that up with another solid season going 7-4 with a 2.73 ERA, this time as a start the majority of the season. He struggled his junior season though posting a 5.08 ERA over 28 games. Even then, he had enough potential that the Astros drafted him in the 5th round of the 2015 MLB draft.

Following the draft he was assigned to Tri-City where he appeared in 15 games, 12 starts posting a 3.27 ERA with 10 BB/48 K in 55 innings. The Astros aggressively started him in Lancaster to start this season and he responded well. Thornton went 7-4 with a 4.14 ERA in the very hitter friendly California League. He also had 16 BB/89 K in 89.2 innings for Lancaster.

The Astros promoted Thornton to Corpus Christi on July 24th and he finished the season in dominating fashion. He made seven starts for Corpus going 3-1 with a 2.35 ERA and 5 BB/35 K in 46 innings. He made one start for the Hooks in the playoffs and went 6.2 innings allowing just 1 run with 5 strikeouts. 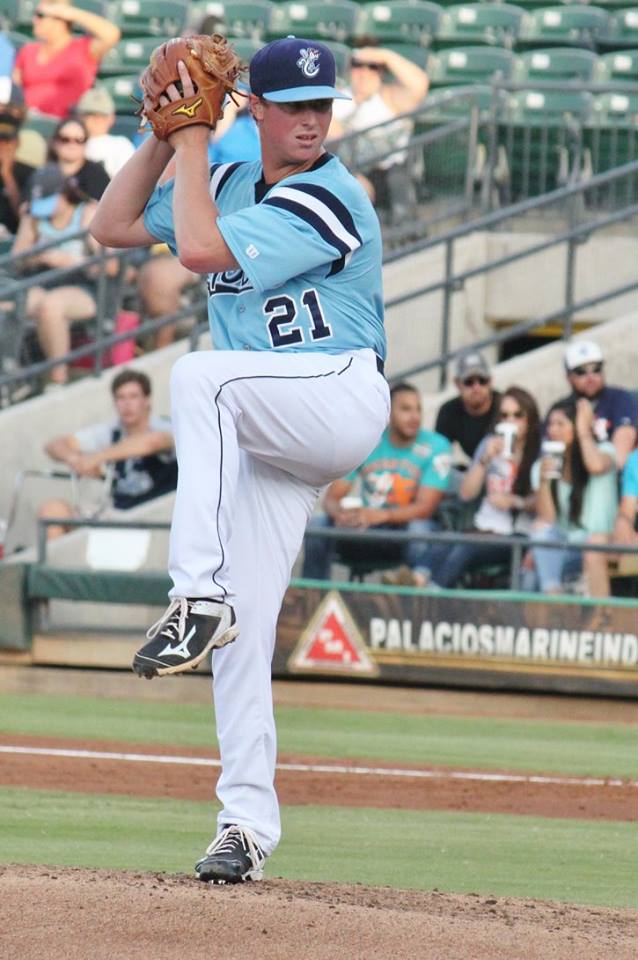 4-Seam Fastball: His fastball sits 90-93 MPH touching 94-95 on occasion and is pretty conventional.

Curveball: His curveball is over the top and comes in around 75 MPH. It was also noted that his curveball had an very high spin rate, even better than that of Collin McHugh‘s.

Changeup: Lastly, his changeup is another low 80s pitch around 81-84 MPH. Not his best offering but another pitch in the mix.

Thornton is very athletic, throws strikes, and “competes his butt off” on the mound. He will most likely start the 2016 back in Corpus but if he starts well, he could find himself in AAA and just one jump away from the MLB. With his stuff, the pitch-ability, and competitiveness, he is definitely a player to watch in 2017.