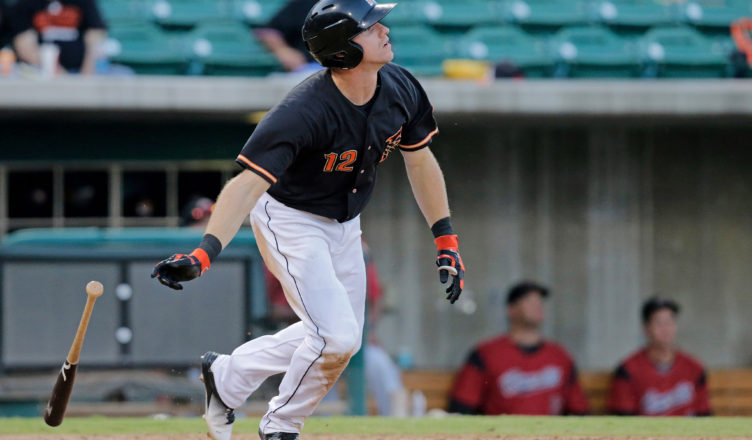 The final night of Astros minor league regular season play is in the books. See how the prospects performed last night.

Fresno ends the season with a win. Fisher lead off the game with a solo HR, his 5th HR in AAA. The Grizzlies had to work this game with the bullpen starting it off with West who went three innings allowing one run. He was relieved by Cotton who tossed three scoreless innings. The game stayed tied 1-1 until the 8th inning when Kemmer came through with an RBI double and another run scored on a fielder’s choice. Sacramento tied the game in the bottom half of the inning but Fresno would respond. Worth delivered an RBI single in the 9th to take the lead and McCurry tossed a scoreless 9th to pick up the save.

The Hooks finish the season with a late comeback win. Sneed got the start yesterday and pitched well tossing five scoreless inning with four strikeouts. He now has 0 BB/19 K over his last four starts. The game was scoreless until the 8th inning when San Antonio put up two runs. In the 9th, Corpus got singles from Ramsay, Pena, and Ferguson to load the bases for Davis. Davis connected on a grand slam to left field to give the Hooks a 4-2 lead. It was his 23rd HR of the season. Peterson tossed a scoreless 9th inning to seal the win.

Lancaster fell behind early in this one with Inland Empire scoring four runs in the first inning. Lancaster would get one run back in the first on a Duarte inside the park homerun. Valdez made his Lancaster debut and allowed 5 runs, 3 earned, over 5.2 innings. Tucker added a solo HR in the 4th inning to make it a 5-2. In the 5th, they got another run back on a Correa solo HR. Inland Empire added three more and it was too much to overcome.

2016 was a disappointing season for Quad Cities but they ended on a blowout win. The River Bandits got on the board in the first inning on a McCall RBI single and another run in the third on a Porter RBI groundout. Bower tossed the first 4.2 innings allowing just one run. Quad Cities blew the game open in the 7th scoring seven times thanks to a McCall RBI single, Wrenn RBI groundout, Porter 2 run HR (inside the park), Avea 2 run single and another run scoring on an error. They would add two more in the 8th on a Rogers RBI single and Roa RBI triple. McCall capped off the scoring with a solo HR in the 9th inning. Ferrell tossed the finale 4.1 innings not allowing a run and striking out 5.

This was the final day of the minor league regular season. Corpus Christi and Lancaster will be back in action in the playoffs on Wednesday.