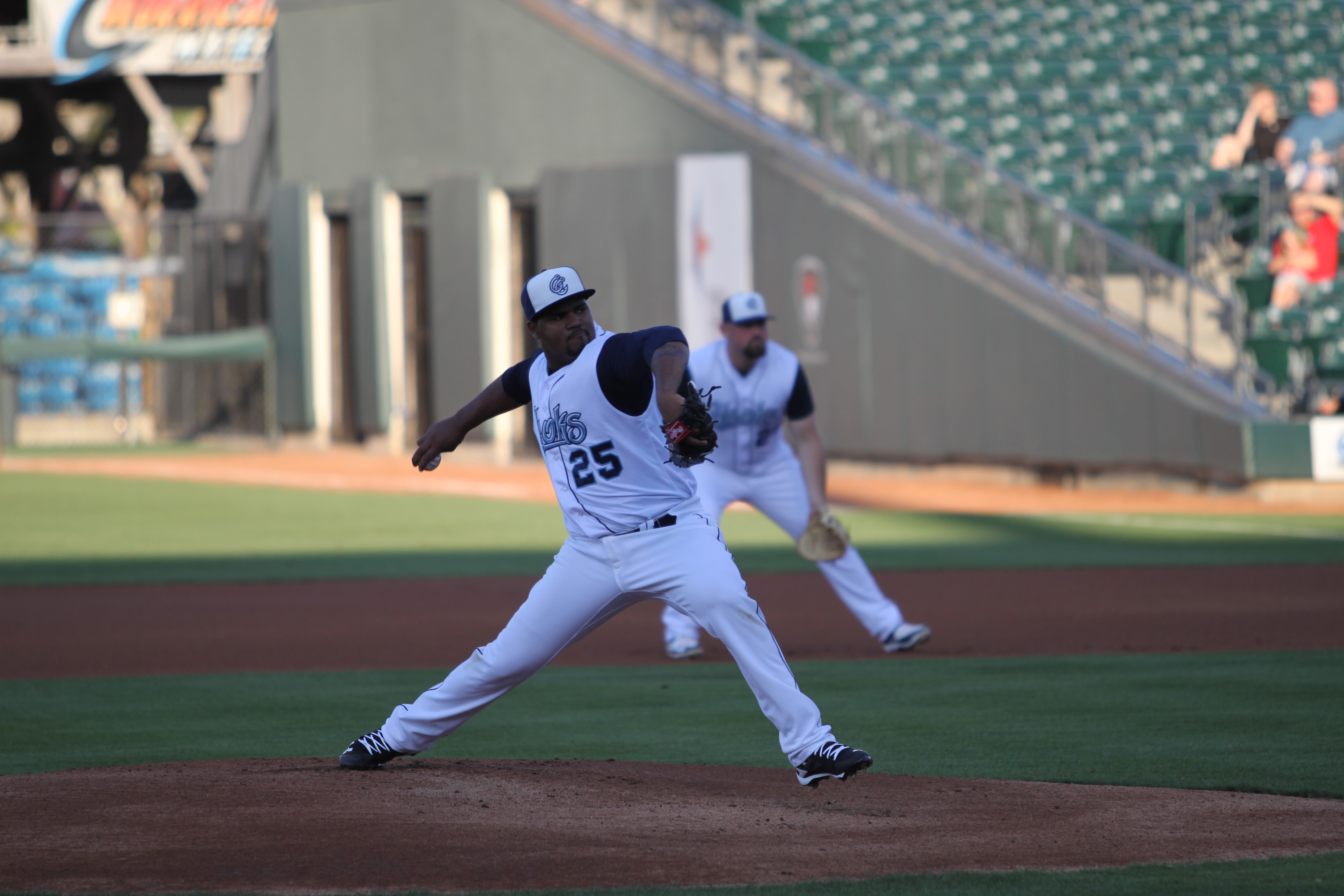 Last season we saw some great performances in the Astros system. Joseph Musgrove was the standout and he ended up making his debut for the Astros this season. Chris Devenski was also on the “Cy Young” list and we all know how valuable he has been this season. 2016 also saw some great pitching performances, and just like the breakout prospect article, y’all will have the opportunity to vote on the Astros MiLB Cy Young. The list was very difficult to narrow down but these are the six leading candidates in my opinion. I also used a 90+ MiLB innings as the qualifier.

Rodgers was a 3rd round pick out of Arizona State in 2012. After a great showing in rookie ball he had a couple rough season but always had the potential to breakout, and he did just that this season. He posted a 5.14 ERA in April but since has posted a 2.43 ERA with 102 K in 111 innings. He has since been called up to the Astros and has made three relief appearances.

Martes was an under the radar acquisition in 2014 from Florida. Martes, just like Musgrove, had a breakout 2015 season pitching across three levels at just 19 years old and making it to AA. This season he has pitched the whole year with Corpus and after a slow start, he has dominated the Texas League. At just 20 years old, he has established himself as one of the best pitching prospects in baseball striking out 131 batters in 125.1 innings.

Paulino was the PTBNL in the trade that sent Veras to Detroit. He missed all of 2014 due to TJ Surgery but has made a resurgence since. Last season he 5-3 with a 2.81 ERA over three different levels. He was even better this season pitching in AA and AAA. He missed sometime due to a minor injury but came back and pitched well. His dominant performance this season earned him a callup to the Astros where he recently made his MLB debut.

One of the breakout prospects, Armenteros has had one of the better seasons in the Astros system. After making his stateside debut last season and going 3-2 with 61 K in 61 innings, he has established himself as a legit pitching prospect. Armenteros finished the season leading the Astros minor league system in strikeouts with 140 K in 127.1 innings pitching with Quad Cities, Lancaster, and Corpus Christi. He possesses a solid four pitch mix and could be potential help for Houston next season. Armenteros made one start in the playoffs for Corpus and went 5 innings allowing 1 run.

Another recent draft pick, Thornton was selected in the 5th round of the 2015 draft out of UNC. Thornton was also on the breakout prospect list. Thornton was very good his freshman and sophomore season but regressed in his junior season. The Astros decided to take a chance on him and it paid off. He posted a 3.27 ERA in rookie ball and the Astros aggressively assigned him to Lancaster to start the 2016 season. He 7-4 with a 4.12 ERA and 16 BB/89 K in the Cal League. He was promoted to Corpus and dominated in his seven starts with a 2.35 ERA and 5 BB/35 K in 46 innings. Thornton also made one playoff start of 6.2 IP, 1 ER, 5 K.

Signed by the Astros to a minor league deal in the off-season, the 31 year old had a very good season. For AAA Fresno Grizzlies he went 12-1 and walked just 13 in 138.1 innings. That is good for 0.8 BB/9. He should be a guy who gets a chance on a major league roster next season. Unfortunately, the Astros have a ton of young pitching ahead of him on the depth chart, but either way, he had a tremendous 2016.